What's the first thing on the plate? Who's taking down the most food? Which food-hogging family members do the Panthers have to play defense against? 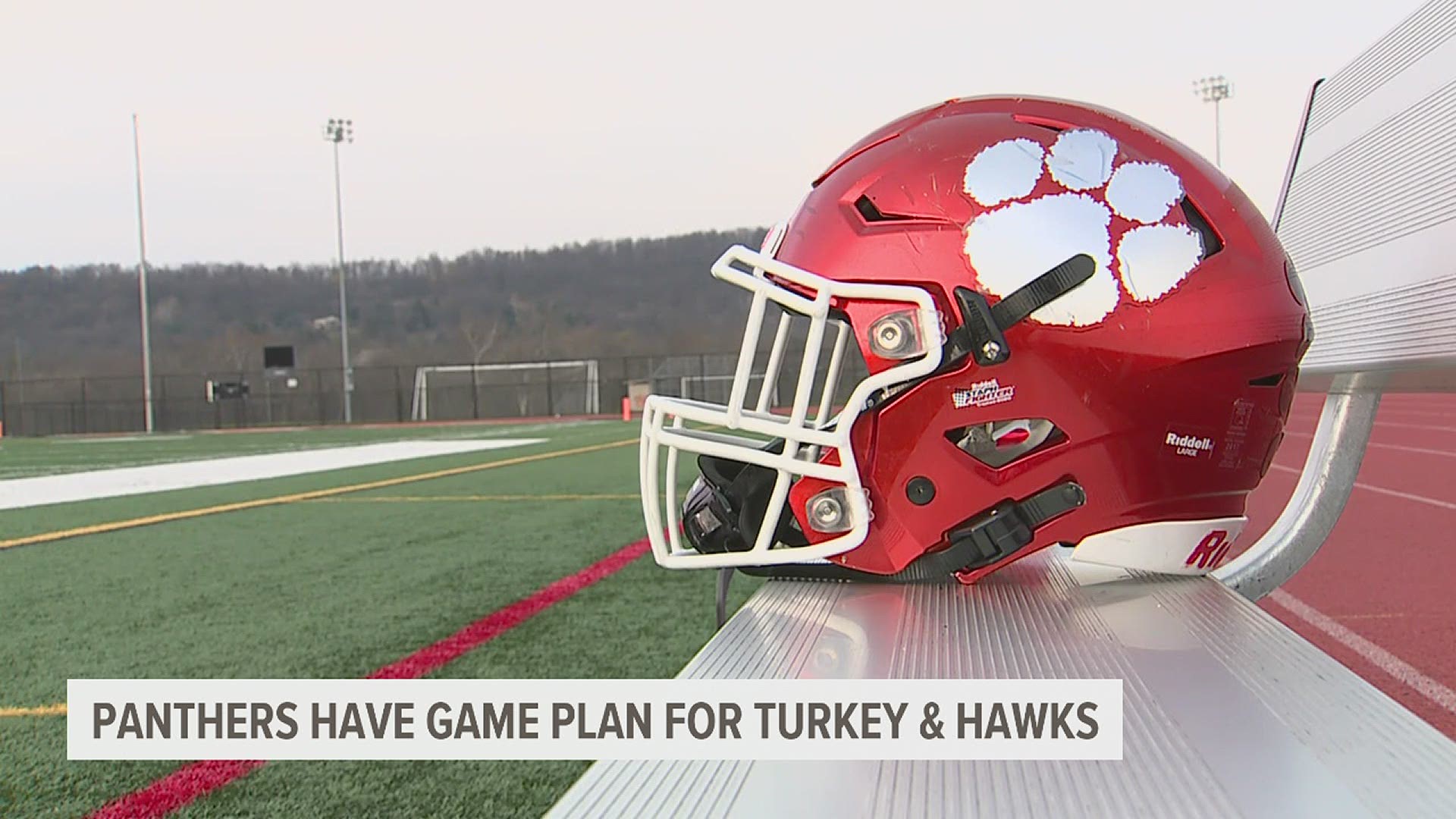 YORK COUNTY, Pa. — There will be plenty of time in the coming days to talk about Central York's preparations for the Saint Joseph's Prep Hawks in the 6A state title game, so we decided to talk turkey with some of the Panthers.

Central York will have football practice on Thanksgiving for the first time in program history.  Afterwards, the student athletes and coaches are looking to refuel with a big meal, surrounded by family.

FOX43 caught up with Coach Gerry Yonchiuk and seniors Keelan Stroman, Isaiah Sturgis, and Logan Becker to find out what's the first thing on their plates, which Panther will take down the most food on Thursday, and which family members they'll have to play defense against from hogging the good stuff at the table.