A pair of former District III standouts will be wrestling for Ohio State next season. 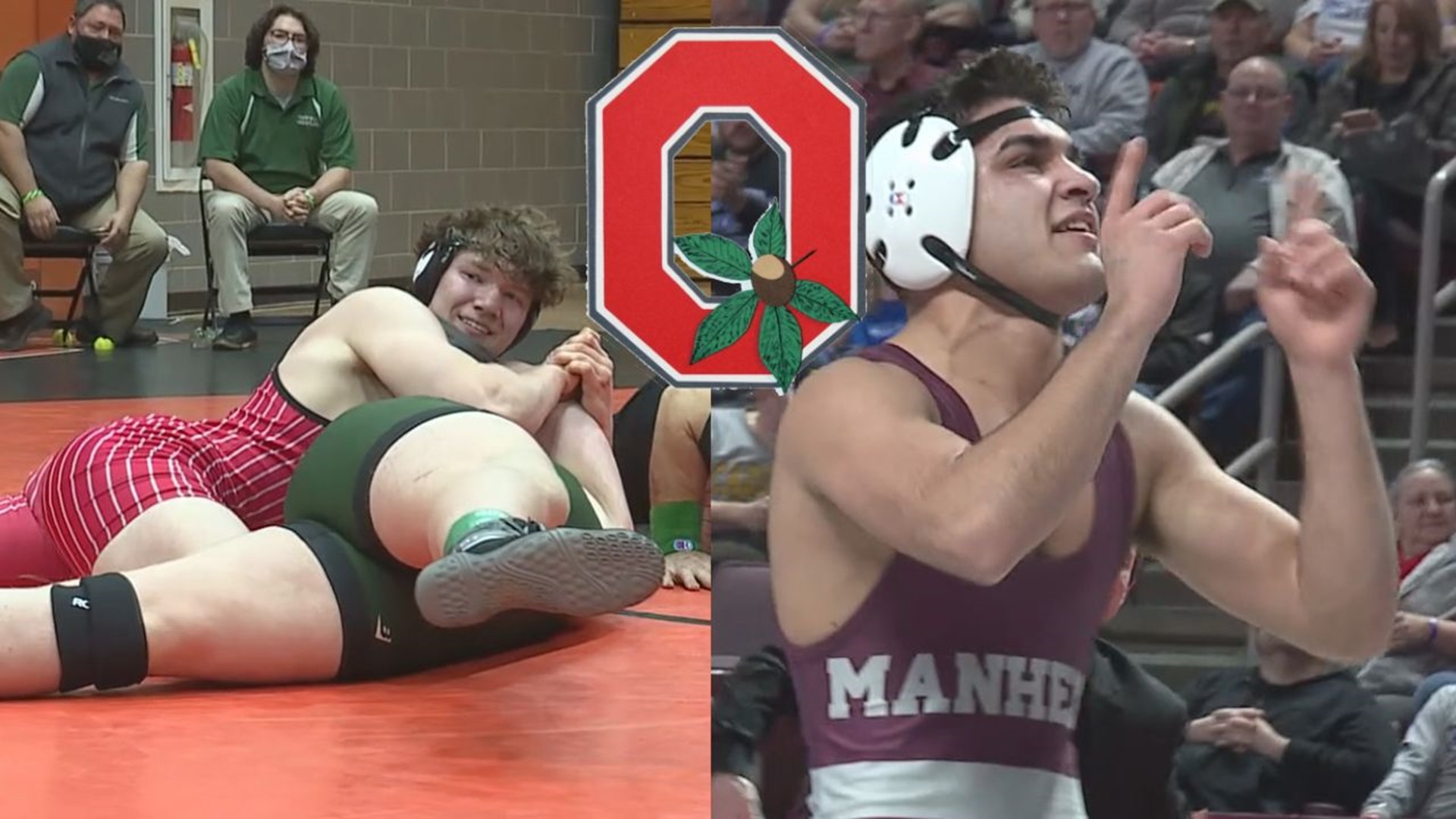 YORK, Pa. — Pennsylvania is the preeminent wrestling state and the premier wrestlers go to big time college programs.  The Big Ten is big time and so too is Ohio State.

"It's one of the best programs in the country," said Bermudian Springs senior Hogan Swenski.  "When they told me they wanted me on the team, a program like that, I couldn't turn it down.  The place speaks for itself."

Swenski committed to the Buckeyes this week, finding the spot that takes him to the next level.

The heavyweight wrestler, who finished third at states, can't wait to get on campus.

"Words can hardly explain how excited I am just be a part of that program.  I have watched them as a fan, so to help the program out is an honor," added Swenski.

The 2020 PIAA state champ was in high demand once he hit the transfer portal.

"My phone, the first ten minutes, was just going crazy with a bunch of great colleges.  It was definitely a little over whelming," recalled Betancourt.

Betancourt found his new home and he is coming to work, with plans to be in the lineup at 133 pounds from the first day.

"I know we have a lot of work to do.  The team is growing and we are going to be a top contender soon.  That is what I'm looking forward to, winning a national title myself and for my team," added Betancourt.

Both Swenski and Betancourt have been on big stages before, but the lights will be brighter than ever next season.