The Bucs Assistant Defensive Line Coach knows there's a lot of buzz in Tampa Bay, but is taking it all in stride. 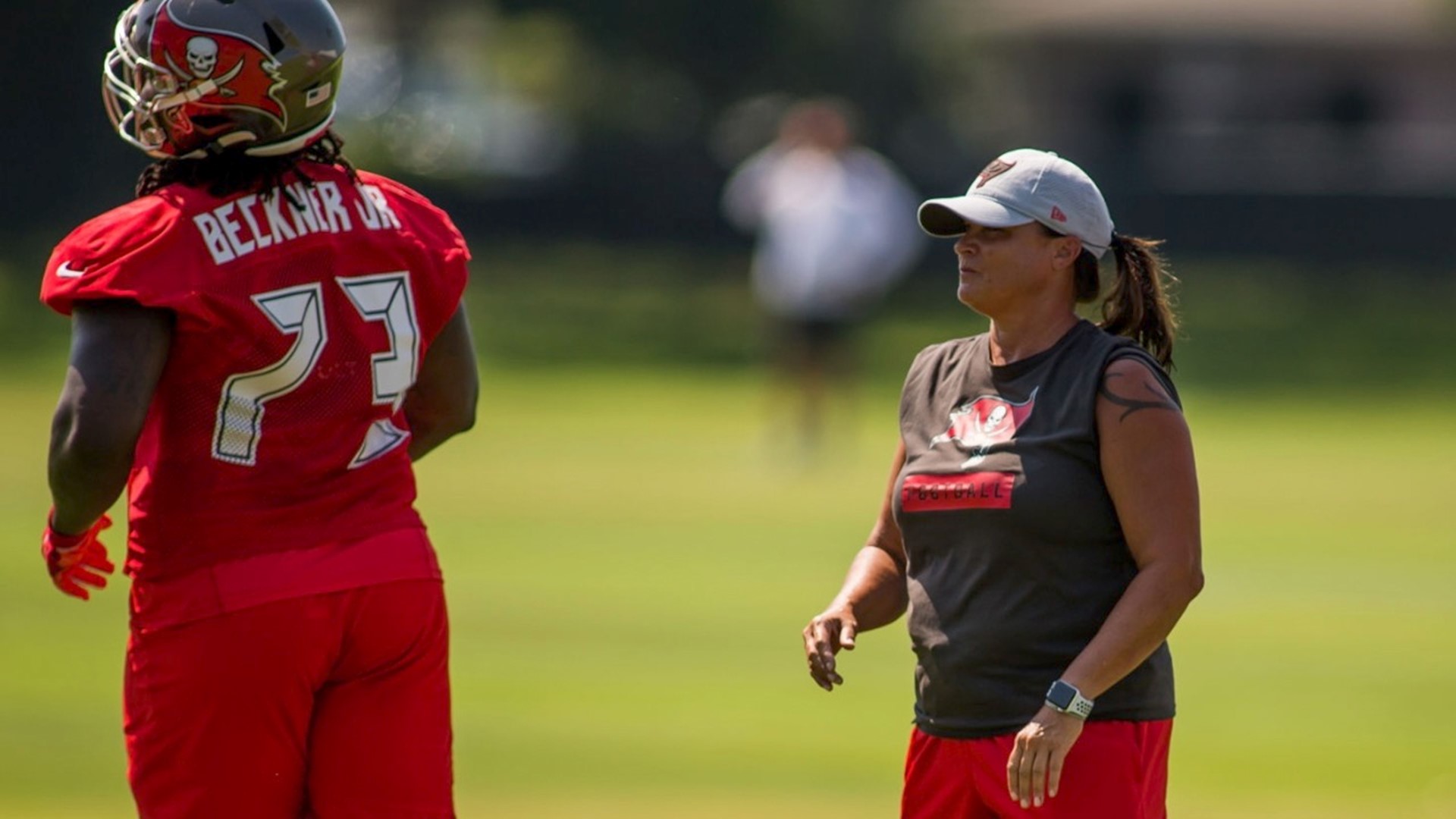 TAMPA, Fla. — As NFL teams start up camps, returning players are eager to build on what they learned last season, and the same can be said for coaches.

“I know it and now the comprehension goes from not only me, but to personally be able to recall and translate it on the field, really being able to be a second voice to back up Coach Rogers,” said Locust.

It’s her second camp with the Bucs, but this year's training camp feels different with the COVID-19 precautions in place,

“We’re masked up, we have our tracers on, and we operate with distance.  I don't know that we thought it would go as smoothly as it has,” recalled Locust.  “There hasn't been anybody in the organization that doesn't understand the gravity, if we don’t.”

Because of the new set up, her defense hasn't seen much of the new guys; Tom Brady, Bob Gronkowski, and LeSean McCoy.  But when the former Bishop McDevitt running back arrived in the Bay, the Susquehanna Township grad and former coach gave the Crusader a friendly reminder that rivalries extend to the Sunshine State.

“You know Susquehanna and McDevitt and the history that we have there, so not to be put-offish to someone who is newer to the team, as I’m very glad that he's here, but in our first conversation I had to introduce myself as a former Susquehanna Township coach, just to kind of wind him in a little bit, “ Locust said with a laugh.

“We have conversations once in while about back home and being so close to York, but he really gives all his coaches the time to grow and to contribute and I just feel very fortunate to be in his system,” added Locust.

They might reminisce about the past, but it's the Buccaneers’ bright future that Locust, Arians, and McCoy are working towards.

“I think it's about just keeping things in stride.  We haven't played a game yet and everybody expects a lot of us and we're just doing our best to focus right now so that we can deliver on both side of the ball,” said Locust.