Sunday Sitdown: will fans be allowed at high school games? 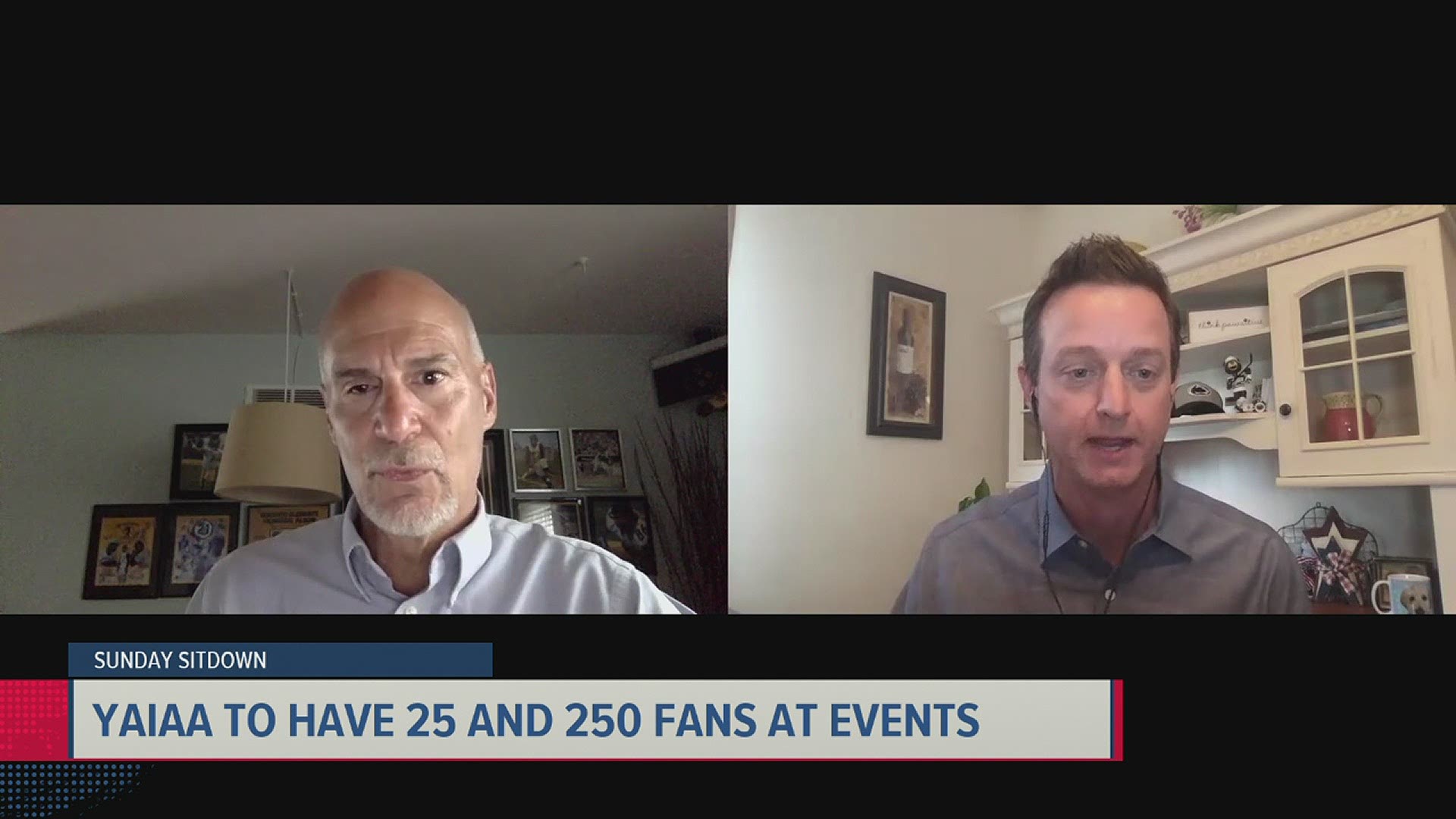 Will fans be allowed to attend local high school games this Fall?  It seems like a simple question but I assure you the answer is complicated and still not certain.  A new state bill that gives individual school districts the power to determine the number of spectators they allow has been passed in the House and Senate.  Governor Wolf gets it next and he is expected to veto the bill. After that happens, a vote to override the veto should soon follow.

In the meantime, local schools are trying to figure out if they should allow fans and if so, how to keep only 25 people in the gym for a girls volleyball match and the methods to keep no more than 250 people from being at an outdoor sporting event.   Those are the numbers indicated in Governor Wolf's guidelines and the PIAA and other leagues are adhering to those numbers as if it was a mandate.

Chuck Abbott is the Executive Director for the York-Adams Interscholastic Athletic Association (YAIAA).  Chuck joined me for our Sunday Sitdown to talk about the issue and why it's been a frustrating process for all involved.