The LinebackerU alum is back on the Sunday Sitdown for the second straight week to talk football, Micah Parsons, and so much more. 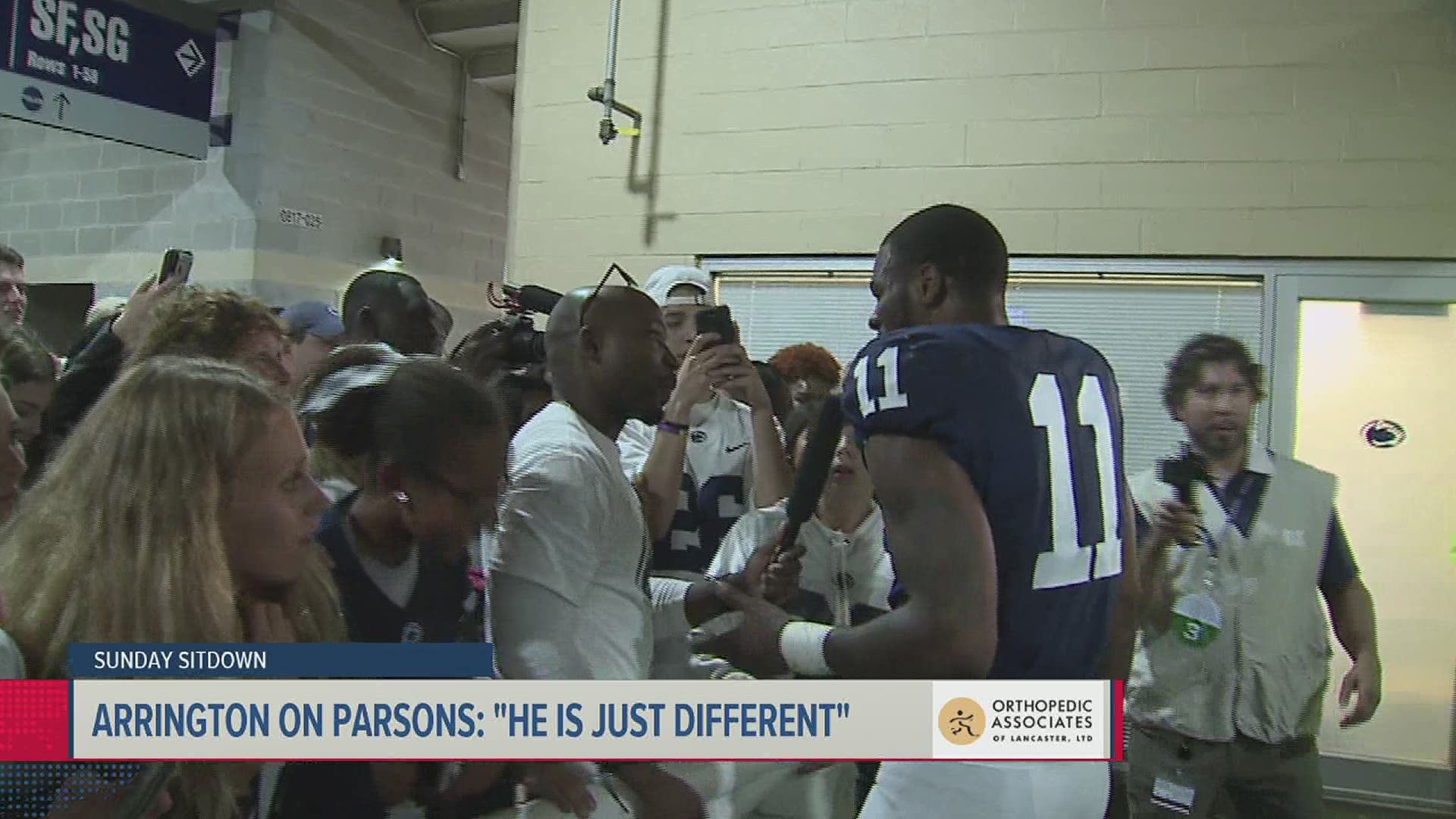 YORK, Pa. — ***The following is an excerpt from our interview with Lavar Arrington. The segment aired on Sunday Sports Frenzy. This follows Part I which focused on the mentoring of young athletes and LaVar's role with the ELCO football team this past year. The full interview will be published on FOX43'S YouTube page.***

FOX43 Sports had the chance to speak with former Penn State All-American and NFL All-Pro linebacker LaVar Arrington on a wide range of topics. The former Nittany Lions star discussed the direction of college athletics and the role of a schools facilities in recruiting when it comes to football.

In Part 1 of our interview LaVar also went into depth about athletes who have been successful reaching out to empower and help develop young athletes through mentoring.

One of the schools that LaVar mentored this season was ELCO (Eastern Lebanon County School District) a mid-sized rural school district in Lebanon County.

For Part 2 the interview focused the direction of college athletics, his recent comments on Penn State's approval of renovations to the football facilities and on former Nittany Lions Micah Parsons and Jayson Oweh as they prepare for the draft.

"It's where it's heading, right?   Whether COVID was good or not, it's what happened so that's the evolution of what's taking place at the college level.   It doesn't matter whether I think it's good or not.  I think that millions and millions of dollars should be invested into babies and what that looks like in terms of their development and pay teachers more money.  You know, do more for health care, whatever it may be, programming-wise, that can help build and generate better, stronger young people for the future, but that's an ideal world for me.  The reality of it is that football, and at a football school, and you know, a power five school, big time football schools that aren't even major Division I schools, just big time football in general, you're going to get your biggest return on investment by putting it into those programs.  So, most people have realized that and then it becomes a matter of who is building the best facilities, what's making it most attractive to the recruits, and that's ultimately the best opportunity that these schools have to be able to build programs that are going to be able to sustain success.  If you know how football works, college football works with sustainable success, the higher that sustained success is, the more revenue you're going to generate."

Andrew Kalista: To a young athlete is a facility really that big of a draw?

"When you think about some of these things that are taking place, what is the draw?  You know, what are you trying to do, whether we like it or not, it's always going to be what's most attractive to the parents and to the kids when you're trying to get them to like your school.  The academics is amazing, it plays a part and it should play a part.  The quality of the place that they're going to should matter.  It should play a part, but let's not fool ourselves, if your facilities aren't on par with the top facilities that are out there, you're not going to get the type of guys that are going to make your program or help your program to climb to the top of the ladder."

Andrew Kalista: You were a great athlete, Micah Parsons and Jayson Oweh are great athletes,  they don’t have a traditional combine year, how will that affect them for this NFL draft process.

"They're going to tear up the pro day, their measurables and their times are going to be crazy.  They're going to be crazy fast.  They're both faster than me coming out of college so I look forward to what they're going to do, performance-wise.  Jayson is a ridiculously cerebral, intelligent young man.  His upside is scary, because he hasn't played very long so I hope he goes to the right team because if he's in the right situation and gets developed the right way, he's going to have an amazing and tremendous NFL career.   As it applies to Micah, Micah is just a different.  He's different.  He's just different and that's kind of the only way you can really explain Micah Parsons.  He is special and he's different in just a different way, like I don't know what to anticipate.  When I look at him from what I've gathered and how he's like a son to me by the way, it's not just like I know him, he's like one of my children, but his instincts are abilities just haven't been seen.  I haven't seen it.  I know people have called his character into question, that's a non-issue.  I think it's interesting that sometimes when a kid is so special and you look for where can we chip away at them.  Where can we kind of take a shot at it?  Anybody who's sitting there saying that he has a character issue, they either have an agenda or they just have not taken the time to get to know him.

You can watch Part 1 of FOX43's Sitdown with LaVar Arrington in the video below. 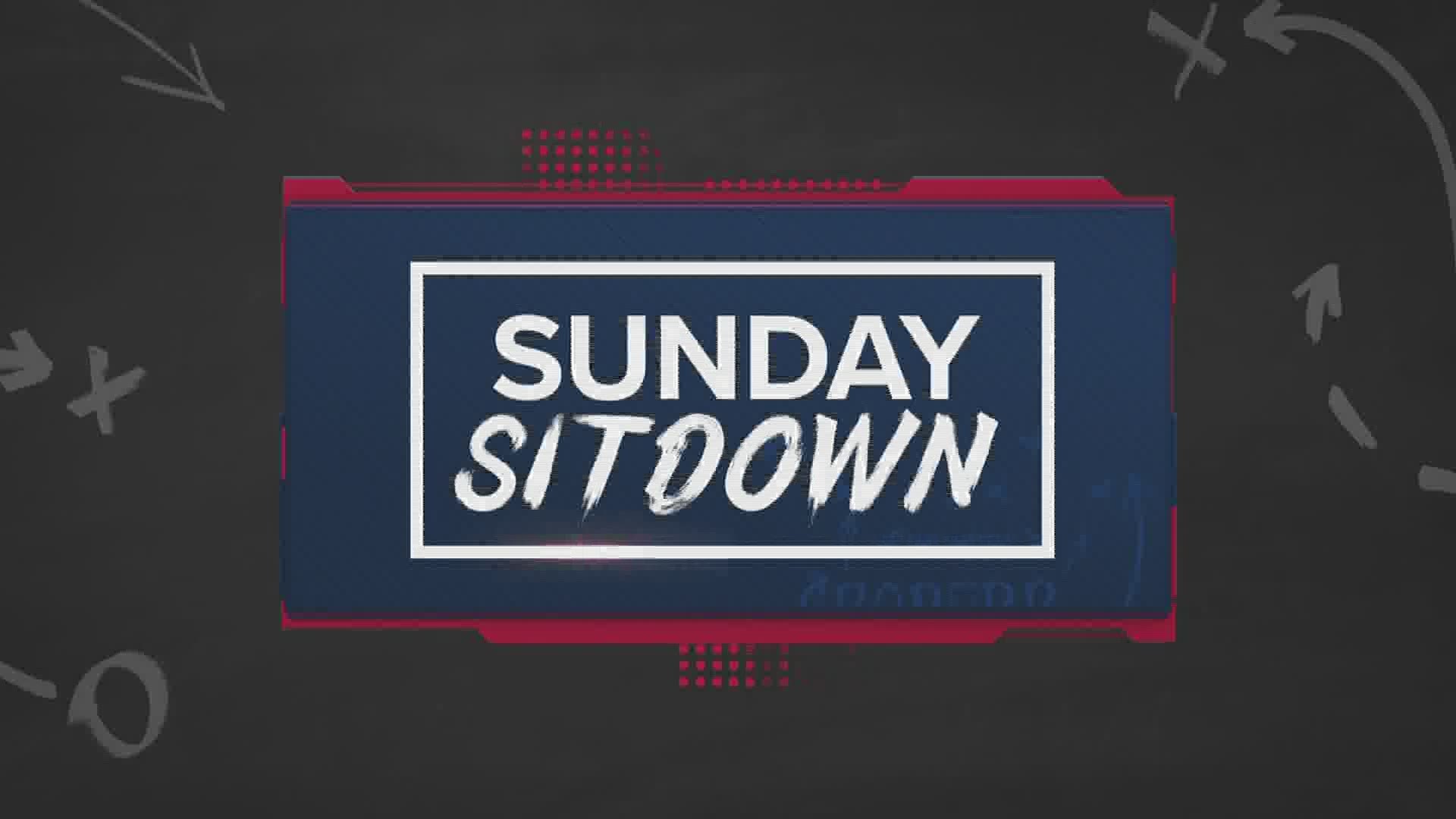