A dream come true for a 20-year-old college sophomore darfted by the New York Yankees. 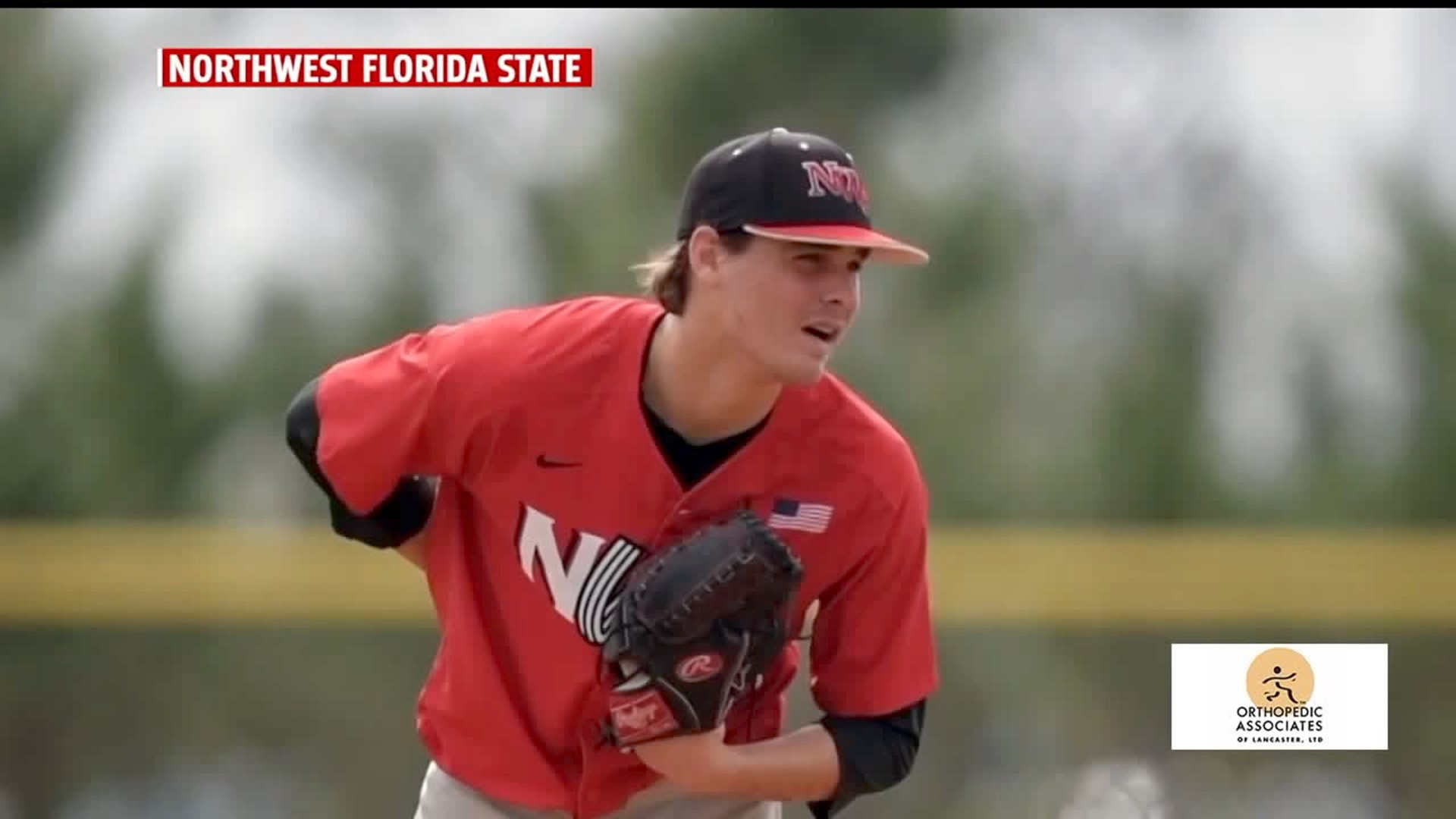 MECHANICSBURG, Pa. — Beck Way admits he used to tell kids in Little League that he was going to be drafted.  Thursday Night, his dream became a reality when the New York Yankees selected the Cumberland Valley graduate in the fourth round with the 129th overall pick.

"It was a roller coaster of emotions the whole entire day and then when it came down to the actual draft," Way detailed.  "It's pretty awesome.  It was definitely an unforgettable moment."

His season at Northwest Florida State was cut short by the pandemic.  In his six starts with the Raiders, he managed to attract serious attention from Major League Baseball scouts.  Way is now the second-highest draft pick in program history.

"He can coach himself which is a great characteristic to have.  Sometimes guys struggle with that," explained Northwest Florida State Head Coach Doug Martin.  "When you get into those games in the heat of the battle, it's kind of up to them.  So, he has that ability to coach himself and I think that's going to serve him well going forward."

Way has committed to LSU if he continues his college career.  Now he has the chance to wear the iconic Yankees pinstripes.

"Honestly, it gives me the chills." Way said.  "I get the chills thinking about all the great players just putting on the pinstripe uniform.  So, I'm just excited to get to work for the New York Yankees."