Traditions at the Juniata Fair during the Tuscarora 50

Racing throughout fair week, concluding with the Tuscarora 50. 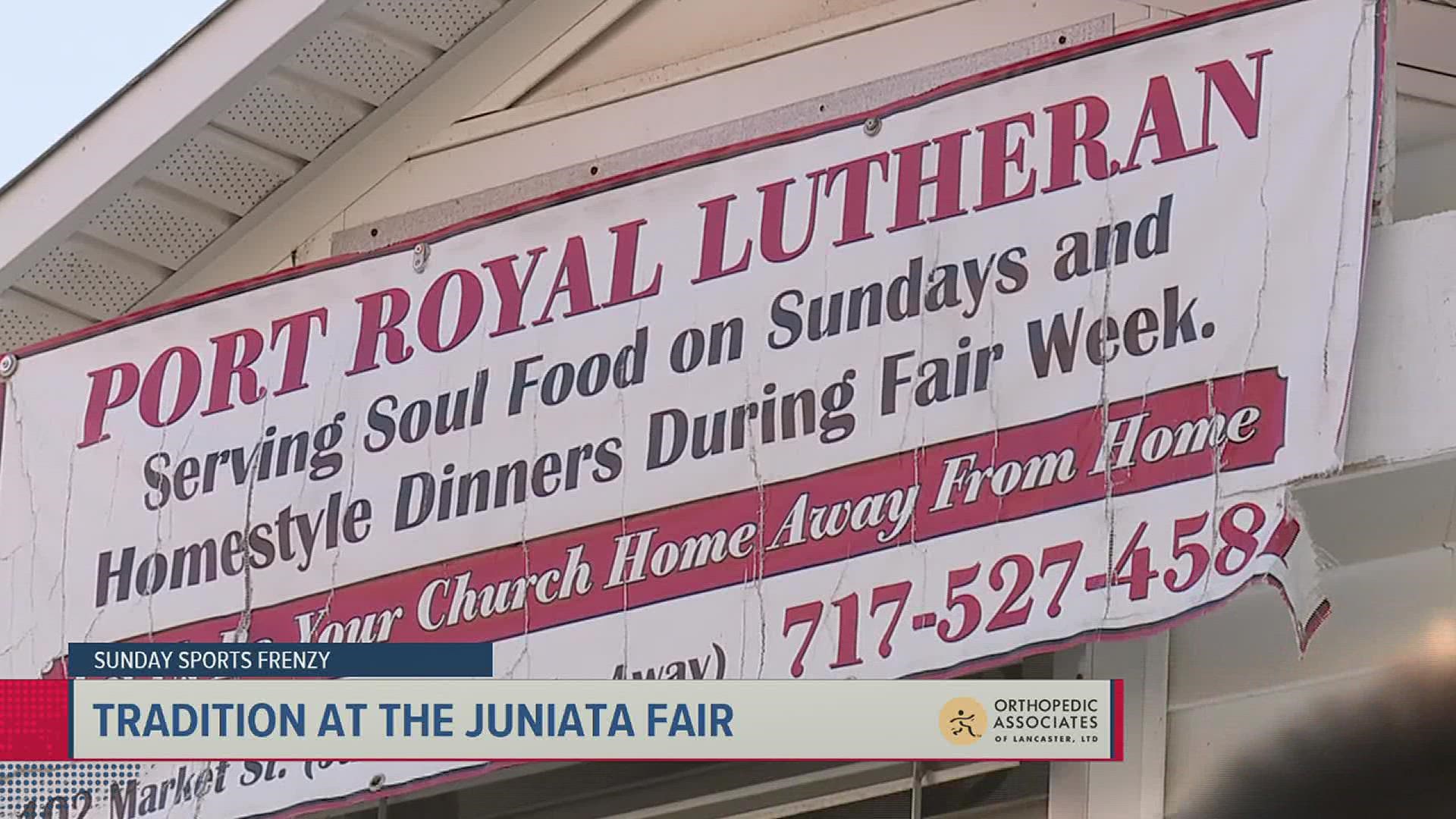 PORT ROYAL, Pa. — The 167th Juniata County Fair with the 54th running of the Tuscarora 50.

Before the dirt starts to fly on the track, the tummies fill up.

“The turkey dinners are world famous at Port Royal Speedway, you can get a loaded potato with brisket, sour cream, BBQ sauce, cheese. Wings up here and orange aid in a homemade wooden barrel," said Phil Walter.

The Port Royal Lutheran Church stand has been a staple at the fair since 1930. It didn’t matter what time of the day it was. People we’re always looking for a good meal.

“people love it and the turkey’s the biggest thing. We cook 164 turkey’s. We probably make 700 loafs of bread in the filling. We cook 80 chickens. We do 250 gallons of corn. We husk it, cut it off and freeze it. The pies are made fresh everyday at the church," said Gayle Cisney, Port Royal Lutheran Church member and Dylan Cisney's grandmother (driver of the #5 410 sprint car)

Now, a year to start planning and getting supplies for the fair week 2022 and the home of the 55th running of the Tuscarora 50.