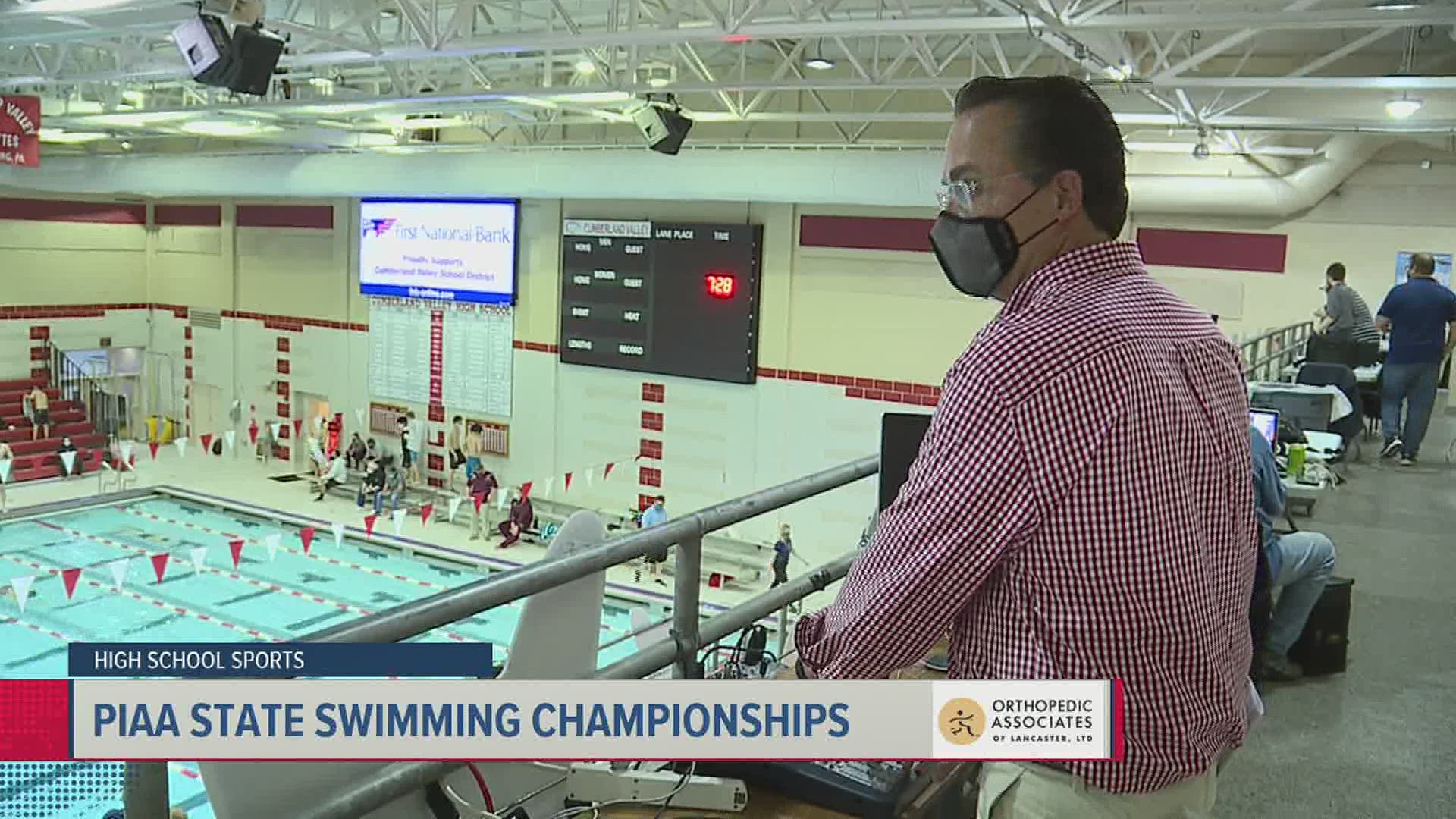 MECHANICSBURG, Pa. — The familiar sound of the starting horn blared through the Cumberland Valley Natatorium as they hosted the PIAA State Swimming Championships.  While this location was knew for many swimmers District III athletes felt right at home.

Shippensburg’s Julia Strine knows the water well here.  She's wasn't nervous for her final race as a Greyhound, just driven.  In the "AAA" 100 yard breaststroke Strine used a good last turn and glance over at her competition to rev her motor with a strong finishing kick.  The victory was a big moment of redemption after being locked out while waiting for last years "AA" finals.

“You never know when your last race will be, so being able to be here today,  I knew that I needed to give it my all  for this season and the season that I didn’t get to finish out last year.”

If this area had a favorite stroke I am not sure what it would be but based on the results the breaststroke has to be near the top.

In the "AA" 100 yard breast Trinity's Kari Powell entered as the top seed and held serve. The sophomore was all smiles with gold around her neck.

Smiles and good time was the mood of the day in the pool area as the Eagles Nest had a tailgate like atmosphere.

That is because Cumberland Valley Coach Michael Gobrecht used his radio background to spin the tunes high above the pool and his watch while he was on deck. He had swimmers bopping and officials grooving for the 12 plus hour event.

The Hershey girls used crisp tight turns and well timed exchanges to pace a quick 1:34.16 in the 200 free relay.  That time earned a round of high fives on the deck and a gold medal to cap off their season.

In "AA" boys Bishop McDevitt wrote a best seller which really shouldn't be all that surprising, after all they do have a Hemingway on their roster. Senior Patrick Hemingway helped author a school record time in the 200 medley relay and claimed a gold in the process. That is how their day started and it finished even better with an overall team title with 142.50 points.

Back to the favorite stroke debate, Big Spring's Matthew Raudabaugh added a gold to the breaststroke's tally.  He claimed his first state podium in the 100 yard event.  The victory is the first gold ever won for a Bulldog swimmer.  Raising his fist after he checked the board the excitement was all over Matthew's face.

“I never thought I would be here especially as a a junior. I got another year, I am just a junior, so hopefully I can be back here next year and do it again.”

It sure would be nice to go back to back. That holds true for Cumberland Valley as a host as well.  They burnt this place to the ground, in a good way.