Kerry Madsen teamed up with Barshinger Racing to race in Central PA. 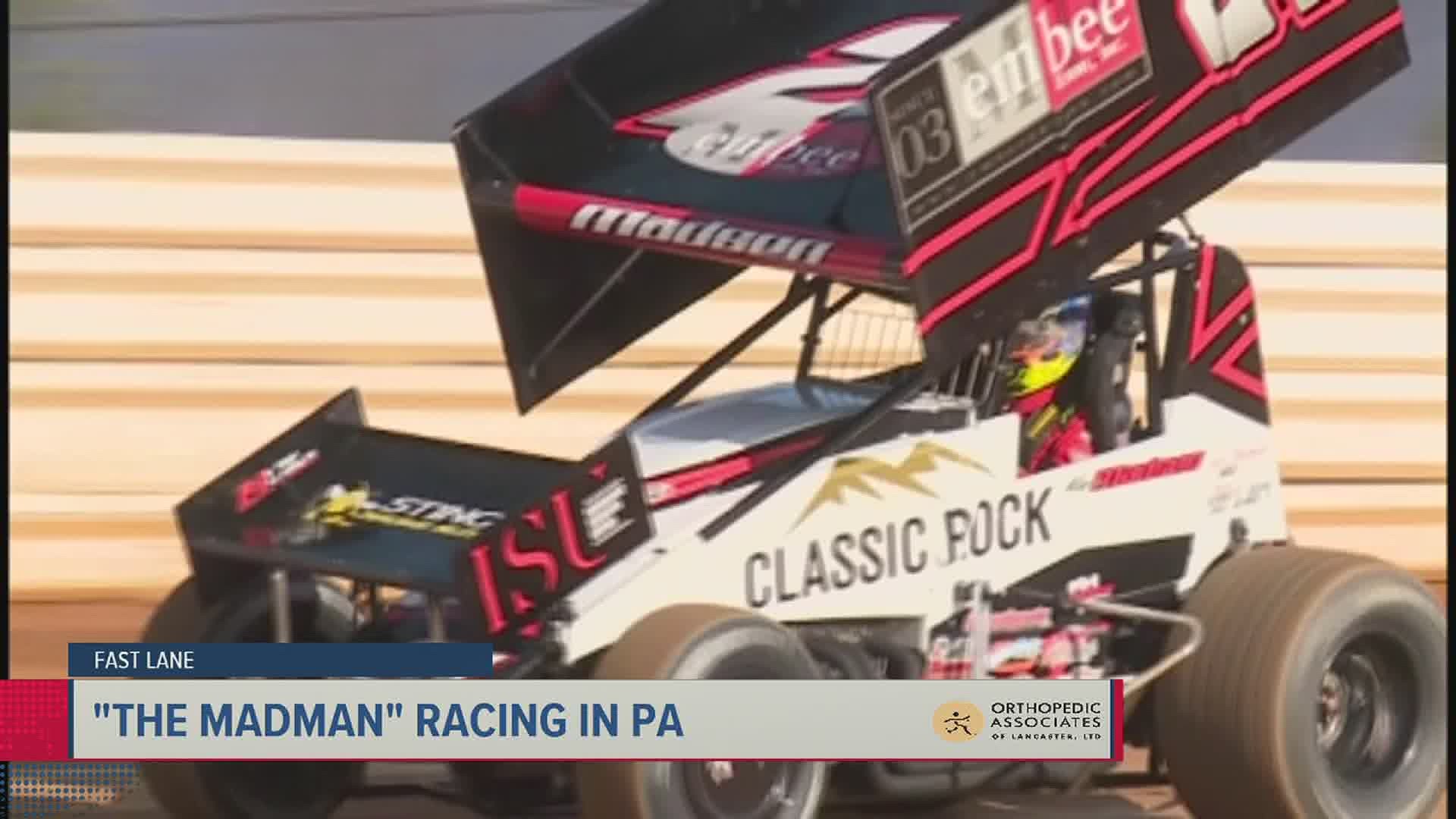 WEST YORK, Pa. — This driver has raced through Central PA for years on tour with the All-Stars and most recently the World of Outlaws.

Now, Kerry Madsen is currently racing for a team right in our own backyard. Barshinger Racing in West York.

"The Madman" was a free agent during the off-season and didn't know if or when he would land his next opportunity.

“It’s a typical game of musical chairs during the off-season," said Madsen.

He pushed off the 2021 racing season with his new team, not in Australia, not in Knoxville, Iowa, but right here in Central PA.

Madsen typically goes to Australia during the winter months, but this year, the current COVID-19 pandemics canceled his plan of racing in his home country. He was able to get some time in the seat in Flordia before making the trip to Pennsylvania.

“First time in a long time, I’ve had a little time away. Sometimes you think you get a little sick of it, but not sick of it. Just a little worn down. A couple months off was great to recharge the batteries and just get excited to go racing," said Madsen.

Car owner Mike Barshinger said the timing of it all couldn’t have been better for the duo to team up.

“I wasn’t quite ready to give it up for a little while and my wife doesn’t want me around the house a whole lot yet. (He laughed) We were definitely planning on going racing. It was just getting the right person to do it. When Kerry called me, I said, man this is a perfect fit," said Barshinger.

With a fresh start, the team is taking it one week at a time. They don’t have a set schedule but they do have plans of racing at Eldora, Knoxville and entered into the Dirt Race at Bristol Motor Speedway.

“You know, you can’t put the car before the horse. You just have to go out there and work on it," said Madsen.

"The Madman" didn’t have a 410 feature win in 2020, but in just his second race in the Barshinger Racing No. 24, he led a handful of laps at Port Royal’s opener and finished second. Eger to see what the rest of the season brings.