Lucas Wolfe led all 25-laps at Williams to win the A-Main. 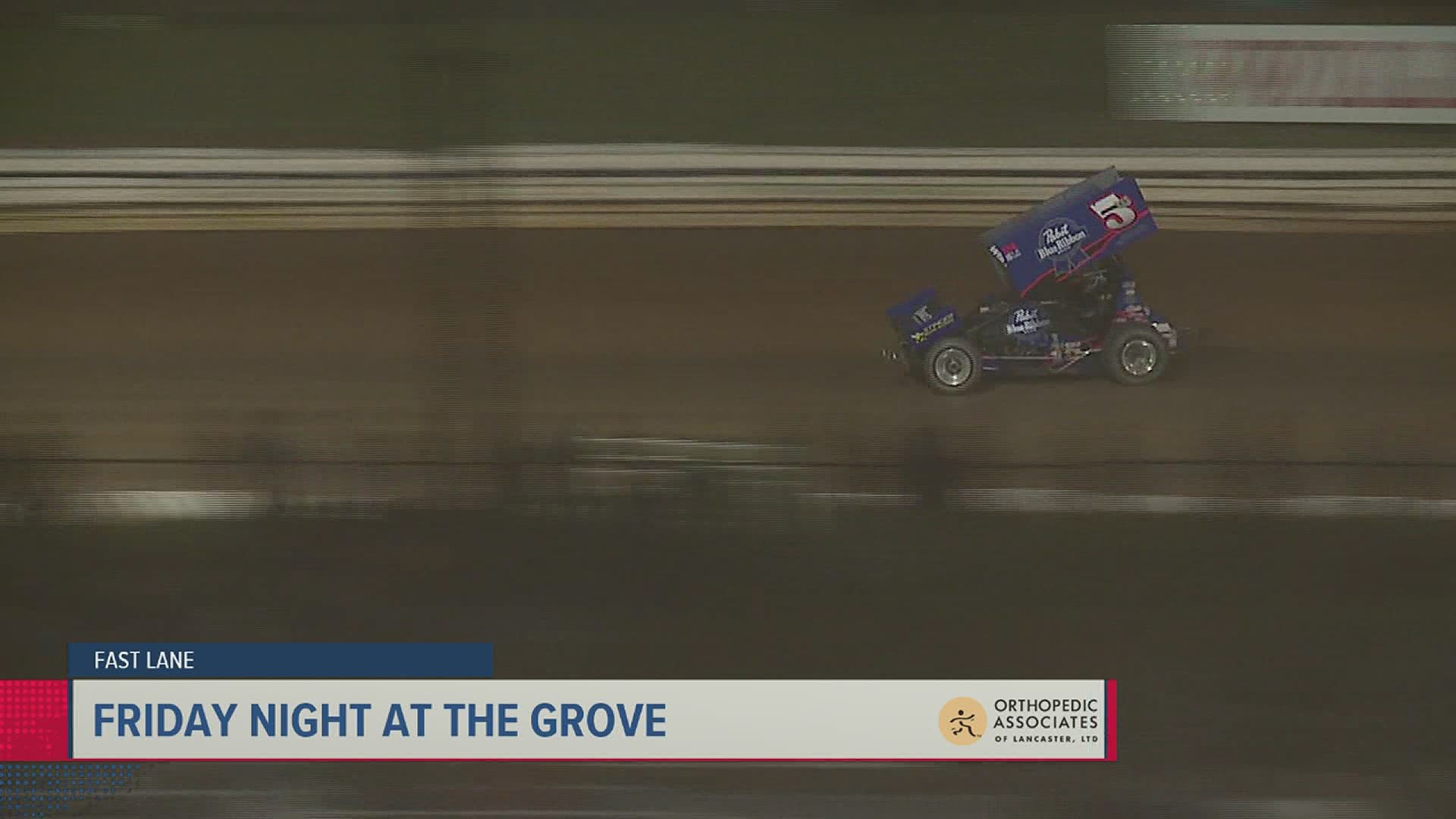 With a big weekend of racing. two drivers, that were expected to race at Bristol, Kerry Madsen and Justin Peck decide to race in Pennsylvania, instead. A driver that was in need of something positive was Lucas Wolfe. He started by winning his heat then started on the pole of the feature at Williams Grove.

But it was another Friday night of struggles for Danny Dietrich. He has more problems under the hood and scratched from the race. Then, Lance Dewease made a last lap pass on Madsen to win the B-Main. He has a plume of smoke come from the car and has to coast into the pits and also called it a night.

Wolfe looked for his first feature since 2019. There was a lot of action behind him; Justin peck got too close to Anthony Macri and took off a piece of the front wing on his way from 14th to 2nd then Freddie Rahmer also moves from 13th to 3rd.

Starting out front, in clean air, helped Wolfe lead all 25-laps and return back to victory lane for a much-needed feature win.

“It has not been a very good stretch of time. It was good to find a good result,' said Wolfe. 'We have a lot of work to do, building and improving. There’s plenty of areas that need to be address but a good result, obviously is hard to beat. Especially, here at Williams Grove. I find a lot of times, during my career, I feel like I’m better off to come back here to get some laps. I feel pretty comfortable.“

In the 358s, for the second week in a row, Derek Locke charged to the front, but he doesn’t just win back-to-back weeks at the Grove. He tied his dad with 5 career victories at the track.

“Yeah, it’s pretty cool,' Locke said, 'I can’t match him at Silver Springs because it doesn’t exist anymore. So, I guess I have to get them here.“

Port Royal: Brent Marks back in the family car at "The Speed Palace" after parting ways with CJB Motorsports, earlier this week. He finished 19th but the next day, on Sunday, Marks wins his second career feature at Selinsgrove.

With a few DNFs at the start of the season, Steve Buckwalter starts sixth and moved to the lead to nab his sixth career feature at Port.

In the 305s, Ken Duke held off Kassidy Kreitz as she moved from 14th to 2nd in four laps. Justin Schults won his first career victory at in the URC.

Lincoln: A familiar battle continuously brews at Lincoln Speedway between Freddie Rahmer and Chase Dietz but Saturday afternoon it was Tyler Ross who was the big mover. He went from 12th to the win for his second career victory at Lincoln.

Bristol: Something race fans thought they might not ever see again. They've waited 7,260 days since sprint cars have raced on the dirt at Bristol Motor Speedway. This weekend was the first time in 20 years sprint cars took to the track.

Seven Pennsylvania cars were set to make an appearance at Bristol with the World of Outlaws but only four took to the dirt.

Friday night, David Gravel broke a 20-year-old track record in qualifying. He then won his heat, won the dash, and won his 60th career Outlaw feature.

The "Jonestown Jet," Brock Zearfoss closed out the top 10, Tim Shaffer and Ryan Taylor finished 17th and 18th with Logan Schuchart behind them in 20th.

Due to weather, Saturday’s race was pushed Sunday afternoon, and Sunday’s track, even faster! Seventeen drivers record a lap under the old record with Sam Hefertepe, Jr. having the fastest time. Ten miles per hour faster than Friday with an average speed of 142mph.

Schuchart finished second in his heat. He won the dash and pulled the pole position. He led the entire race until two laps to go. Gravel was able to get a run of the high-side. Something not looking right with Schuchart. Something breaks and he can’t finish. Gravel was able to lead the pack in the green, white, checkered and sweep the Bristol Throwdown with Zearfoss closing out with another top 10 finish in 7th.