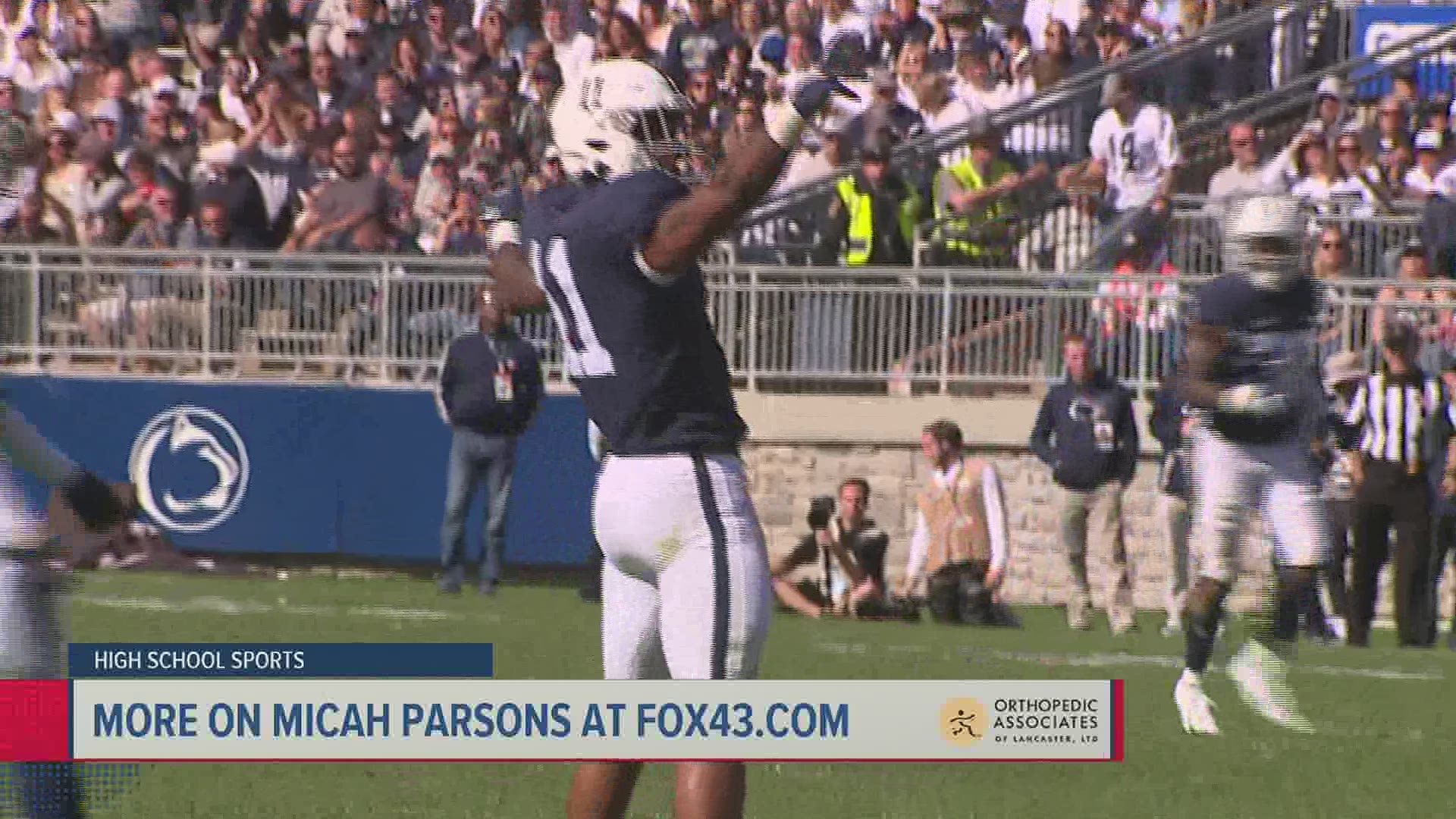 HARRISBURG, Pa. — The early returns on Dallas’ investment into Micah Parsons seems to be paying off. That tends to happen when you land where you always wanted to be. In fact  it just makes it seem like even bigger things are to come for Parsons in a Cowboys uniform. Maybe that is why when the current group of Cougars watched Micah Parsons' name called  on draft night they couldn’t help but go nuts.

Just a few words were enough to send a room full of Harrisburg Cougars into a Frenzy.

“Very excited, I can’t wait to play with him on Madden,” exclaimed junior Jekai King Williams.

Amer Grandberry a Harrisburg sophomore added, “you're playing on the exact field as an NFL player did. (You) are playing on it now!”

One thought on everyone's mind was that Micah is very familiar with the confines in Big D.

“Micah Parsons Harrisburg Pennsylvania," is how he introduced himself on the jumbo screen back at the 2019 Cotton Bowl.

A game which Parsons took home MVP honors, he reminded everyone of his tweet over a year ago after his selection. Which basically said he wanted to be a Cowboy.

For the current group of Cougars it didn’t matter where Parsons was selected, but there were some bragging rights on the line if he went where their fanhood resides.

“Thinking the Giants are going to get him though and they end up making the trade and its like oh my, said Harrisburg head coach Calvin Everett. "What a great experience though," he added.

Even as a Giants fan Coach Cal was all smiles, and so to are the young Cougars.

Williams said at the end of the night. "I think it is great, I think it will be a great team. Their defense is going to be crazy."

Grandberry was certain that Parsons would tear it up.

"That is a good pick they need Micah he is going to snap!"

Parsons always known to rep the city of Harrisburg gave the town a shout out in his post draft interview. He always said he wanted to be a role model, it appears he is well on his way.

Junior Tyshawn Black may have put this night into the best perspective that goes far beyond the football field.

"You gave Harrisburg hope," he says.  "You gave most of these kids hope and that is the best thing."