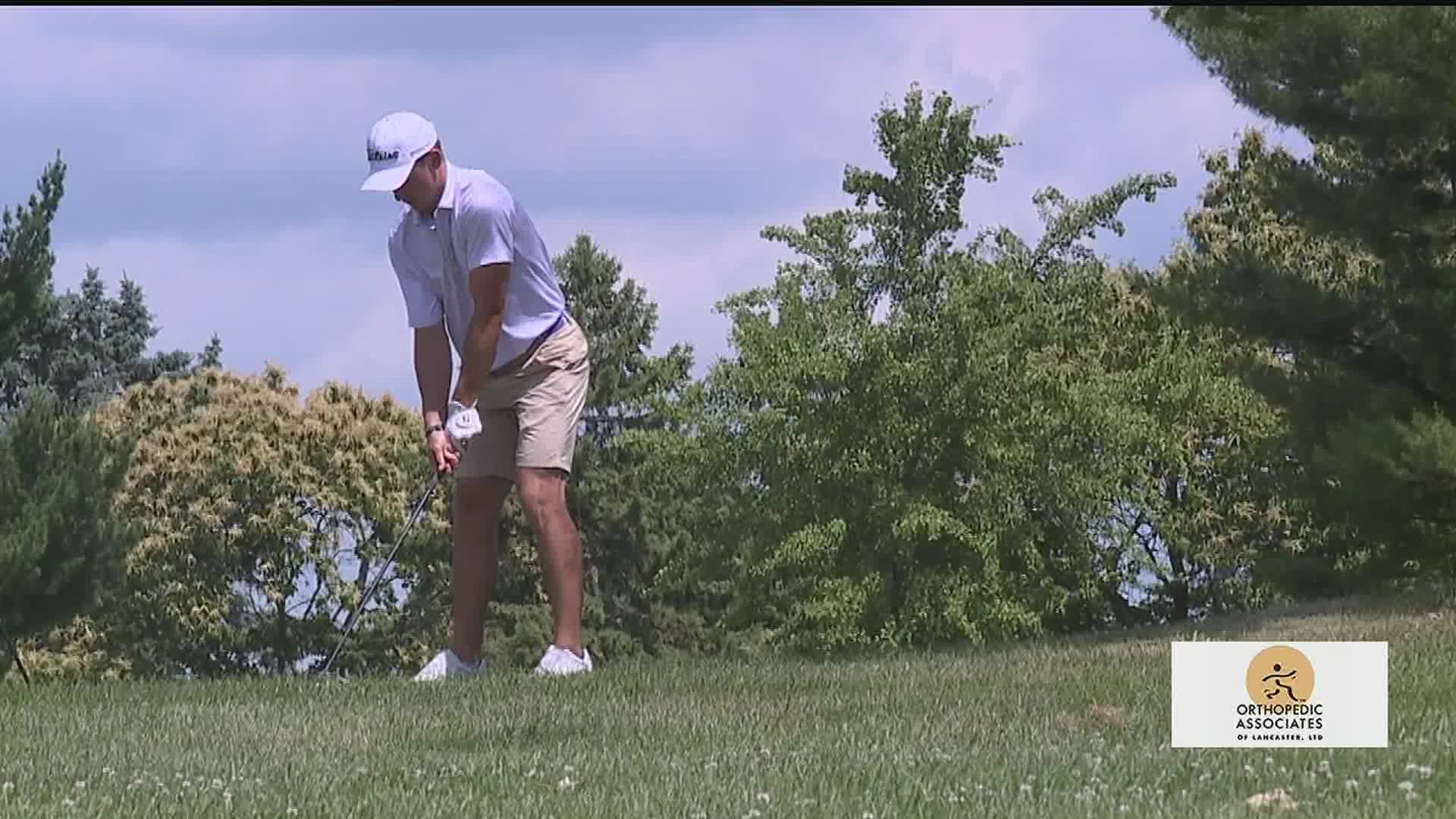 HERSHEY, Pa. — Hershey Country Club was the site of the PA State Junior Golf Championships, and the top of the leaderboard had a lot of local flavor.

Carlise's John Peters used a blistering front nine of 32 and a 19-foot birdie putt on #17 to become the club house leader at 2-under par. Peters let out an emotional roar as the ball was about three feet  before the hole knowing it was center cup.  He was all smiles after a four under par 67 day two round.

As Peters waited near the practice putting green, Central York's Carson Bacha who came into the second round as the leader at -2 was on the tough par three 16th. Sitting at two under a tee shot into the wind almost wound up in the hazard but Bacha displayed nerves of steel with a gritty par save.

On #17 Bacha nestled one to about 15 feet for a birdie but the green displayed a little more speed and his birdie ran past.  Facing a tricky par putt to stay tied for the lead with Peters, Bacha's attempt stayed on the high side of the cup as he dropped to 1-under par.

After Bacha was unable to find a birdie on the 18th, Peters was able to relax and claim the championship.

Hear from Peters and Bacha in the video link above.

Both John and Carson spoke to FOX43 on the first tee box just moments before teeing off.