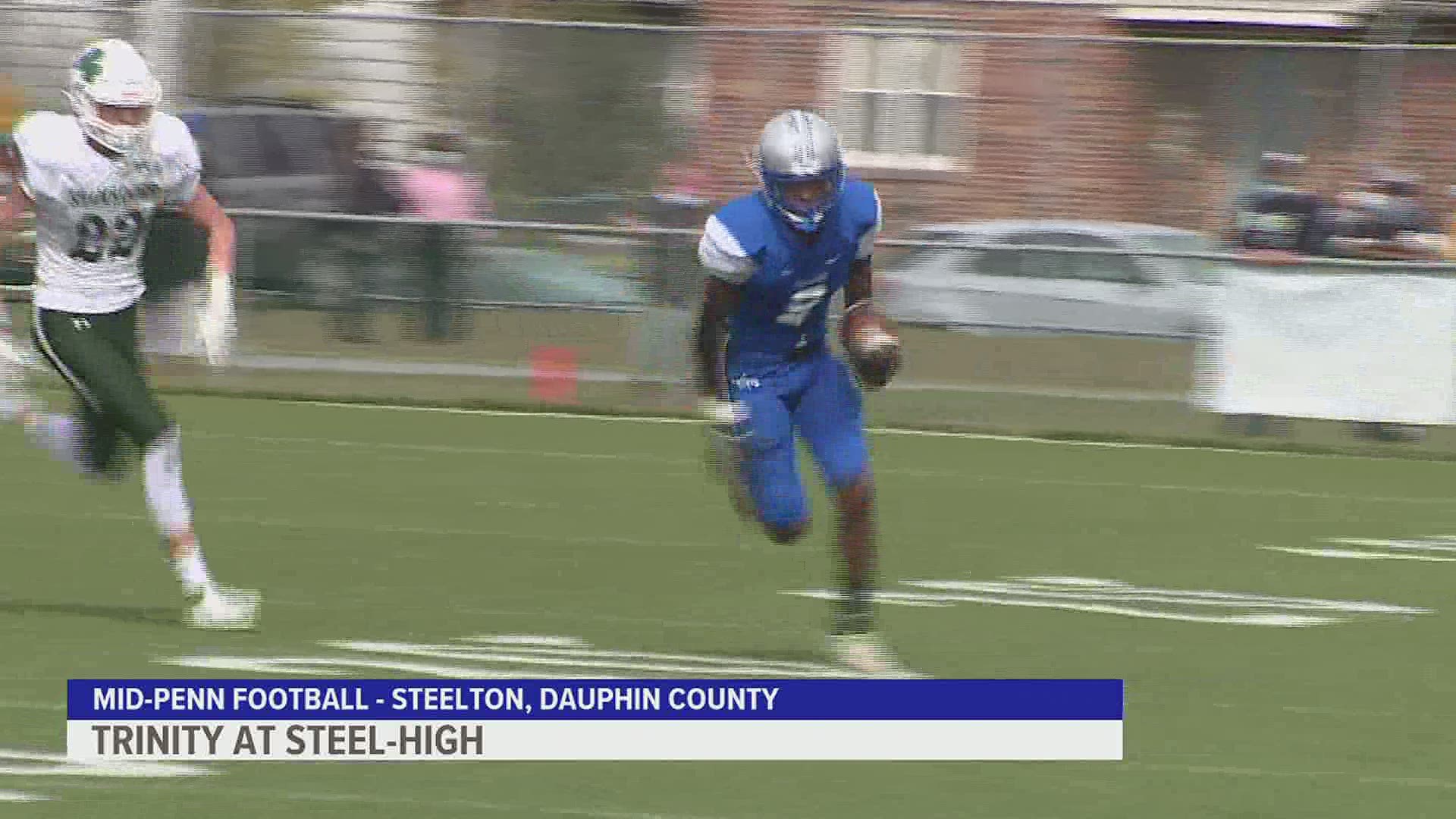 STEELTON, Pa. — Freshman quarterback Alex Erby has a great connection with his favorite target, Mehki Flowers. On Saturday against Trinity that was on display early. First it was a dart over the middle.

Next, Erby hit just a quick out to Flowers and the Penn State target made a move and he was quick and out winning an easy race for the score.

All in all the first four roller TD's were Erby passes to Flowers. The freshman QB threw for 358 yards and a staggering eight touchdowns.

After the game the young signal caller was all about the team.

The defense did its part, not only pitching a shutout, put converting a tip drill pick into six from Daivin Pryor.

Head Coach Andrew Erby is pleased with what his team has shown this season so far.

"We want to turn the corner as a football team, so this week we talked about being dominant, cutting down on our mistakes, utilizing all our weapons and I thought we that, on both sides of the ball."

That they did, and the Rollers look tough as steel so far in 2020.