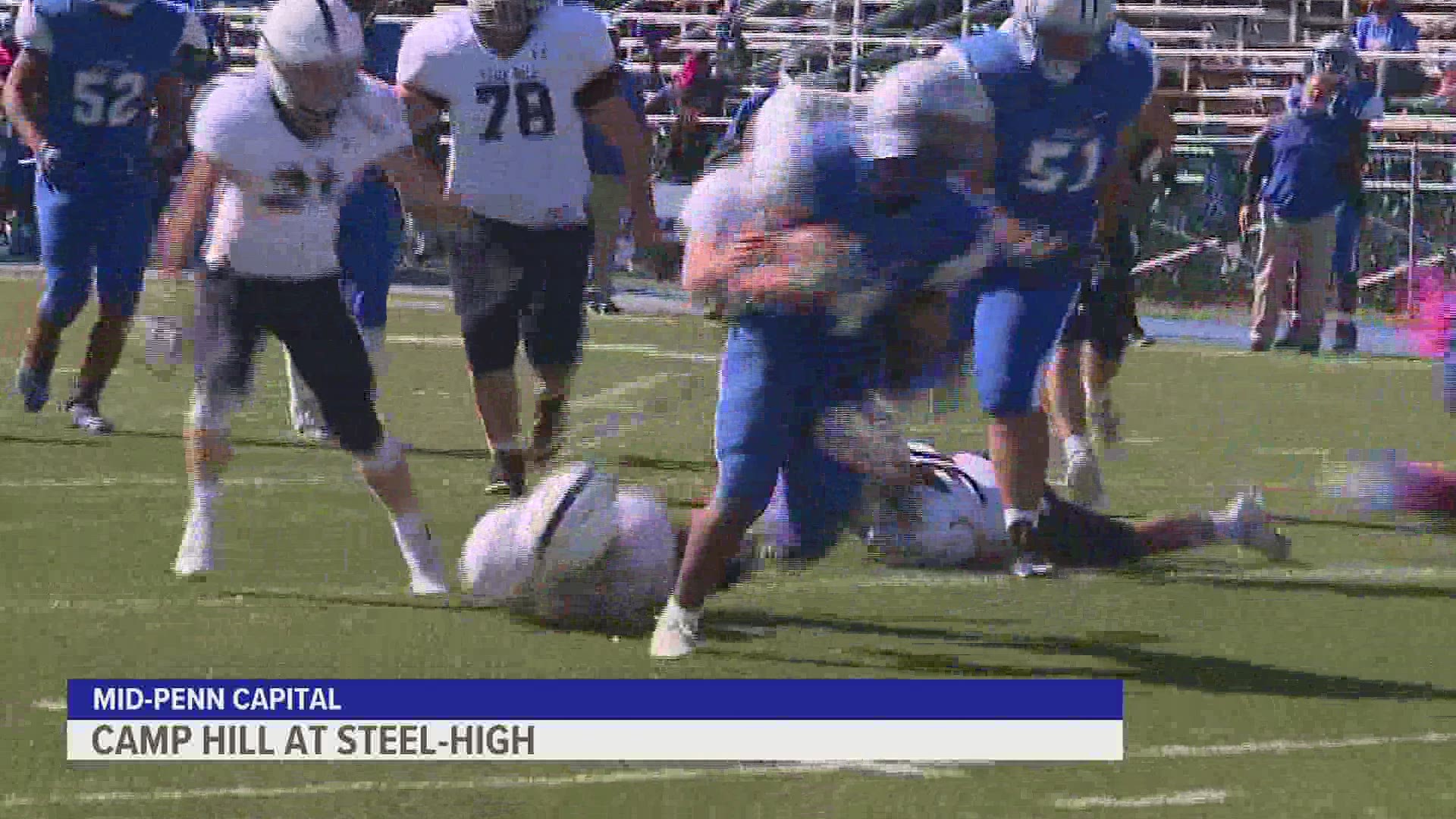 HARRISBURG, Pa. — Another Saturday filled with action on the high school football field. In Harrisburg the Cougars returned to their home field for the first time this season.

It was senior day for the Cougars and quarterback John McNeil went to work with a nice out route throw to set up a score.  Harrisburg is still shaking off rust offensively but McCaskey's defense stood tall at times forcing multiple fumbles. The Cougars offense was just too much though as Kiev Gregg scored four first half TD in route to 49-0 victory.  After the game coach Calvin Everett spoke about his teams toughness as they prep for a Tuesday night game at Williamsport as they race to play four games to qualify for the district playoffs.

Minutes away it was a Mid-Penn Capital division showdown between Steel-High and Camp Hill. Early on Rollers QB Alex Erby has his usual connection with Mehki Flowers for a score to make it a 14-0 Steel-High lead.

Camp Hill came right back when quarterback Daniel Shuster hooked up with Cameron Ochs who made a great one handed grab for a 62 yard catch and run. Shuster than hit Christian Doi up the seam to tie the game at 14-14.  Steel-High's Odell Greene though rushed for 275 yards on the day as he carried Steel-High to 36-26 hard fought victory.

In the York Adams York Tech played host to Bermudian Springs. On the Eagles first possession of Savauri Shelton capped it off with a tough plunge near the goal line.

Ensuing kickoff Hunter Sommer returned it 90 yards for the score and the two point conversion gave York Tech an 8-7 lead. But Bermudian though to much fire power in this one Jay Martinez and Matt Zelenski hooked up for a pair of TD's in the 43-22 win.