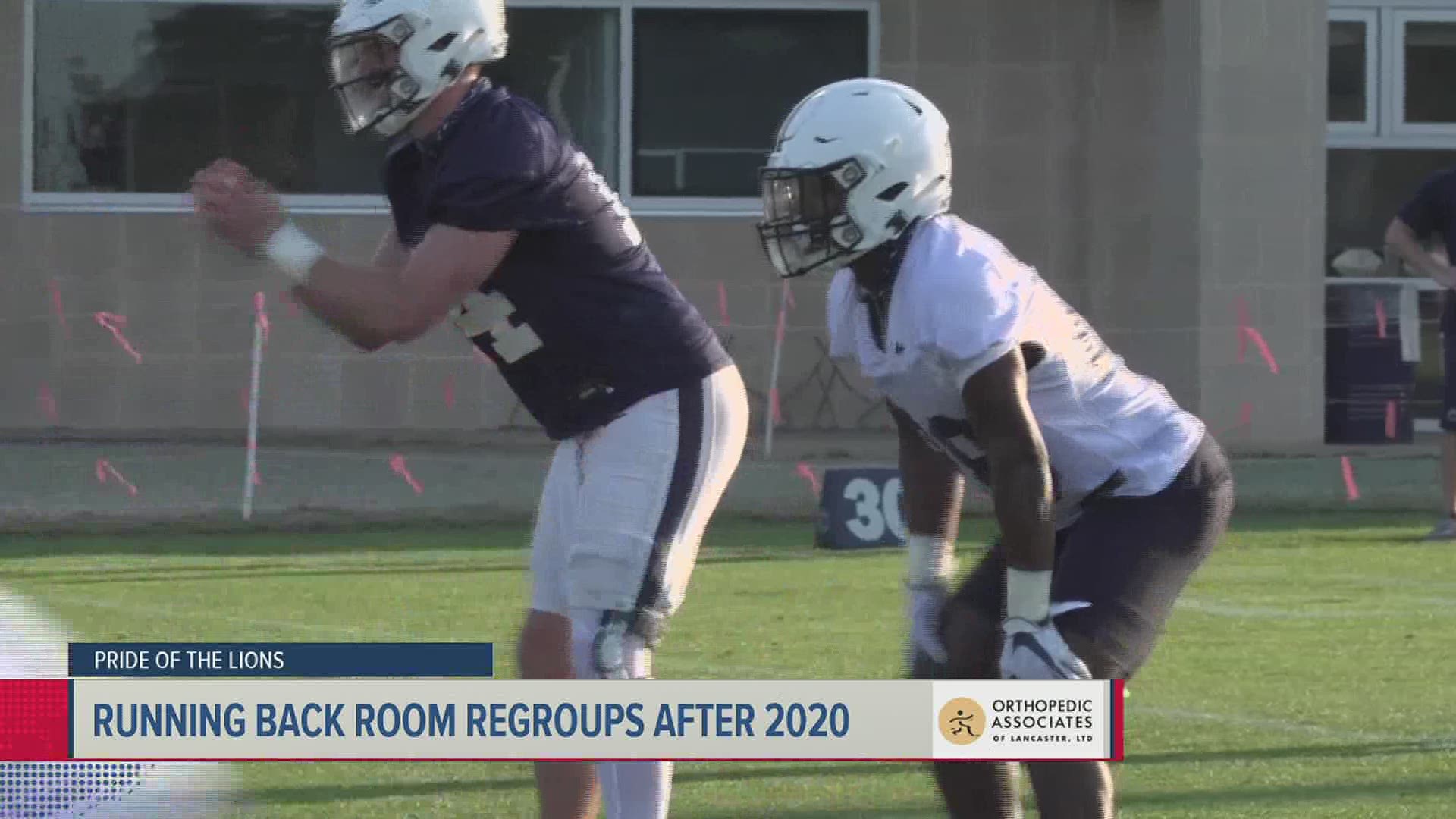 STATE COLLEGE, Pa. — When it comes to Penn State wrestling, it's NCAA championships or bust.  It seems harsh, but when you win eight of the last nine championships, second best isn't good enough.  PSU scores big with four individual champions, as they finish 2nd overall to conference rival Iowa.  The good news is the Lions are one of the youngest teams in the country, so they expect to return to their spot on top of the sport in 2022.

In football, the Nittany Lions expect a quick bounce back to national prominence after a sub par 2020 season.  One of the many reasons they struggled was the lack of a spring season last year.  There are more new coaches on the staff, including offensive coordinator Mike Yurcich, so all 15 spring workouts are extremely valuable.  Coach James Franklin understands the importance of making up for lost time.

"We're definitely approaching it that same way with camp," said Franklin.  "We're going to have to take a similar approach when it comes to summer camp because we did not have a traditional summer camp as well, so we're approaching this as a tremendous opportunity to build our team from the ground up."

There's no traditional Blue-White game, but the team will scrimmage at Beaver Stadium in front of the university's first-year students.

It wasn't that long ago that Penn State was raving about the 'Lawn Boyz', which is what the bevy of Nittany Lion running backs called themselves.

Suddenly, one transferred, another medically retired, then there were mounting injuries, so this off season Penn State and their running backs coach Ja'Juan Seider are in search of answers.

Devyn Ford, Keyvone Lee, Caziah Holmes, and transfer John Lovett are all finding how they fit into the depth chart.  Seider says that they're hopeful to get Noah Cain back from injury towards the end of this spring.

"He's diligent with the playbook and in every meeting.  What I love about him is that he's starting to come out of his shell and be a leader in the room," said Seider.  "He's such an athlete, he's a personality in the room, and he guys responded to him.  I think he really welcomed John and that gave John the freedom to blend in with the guys."

Seider also added that having been an assistant coach at West Virginia, he's quite familiar with Yurcich's offense.

This Thursday will also be Penn State's Pro Day on campus.  Pat Freiermuth, Will Fries, Michael Menet, Shaka Toney, Jayson Oweh, and of course Harrisburg's own Micah Parsons are just some of the names that will be taking part.  The NFL's scouting combine has been folded into these team pro days, so there's an even bigger emphasis.

With Purdue basketball's season came to a surprising end against North Texas in the first round, if there's a silver lining, it's that new Penn State men's basketball coach Micah Shrewsberry can get to work sooner.

Shrewsberry arrived on campus this afternoon and toured the campus and the Bryce Jordan Center with his family.