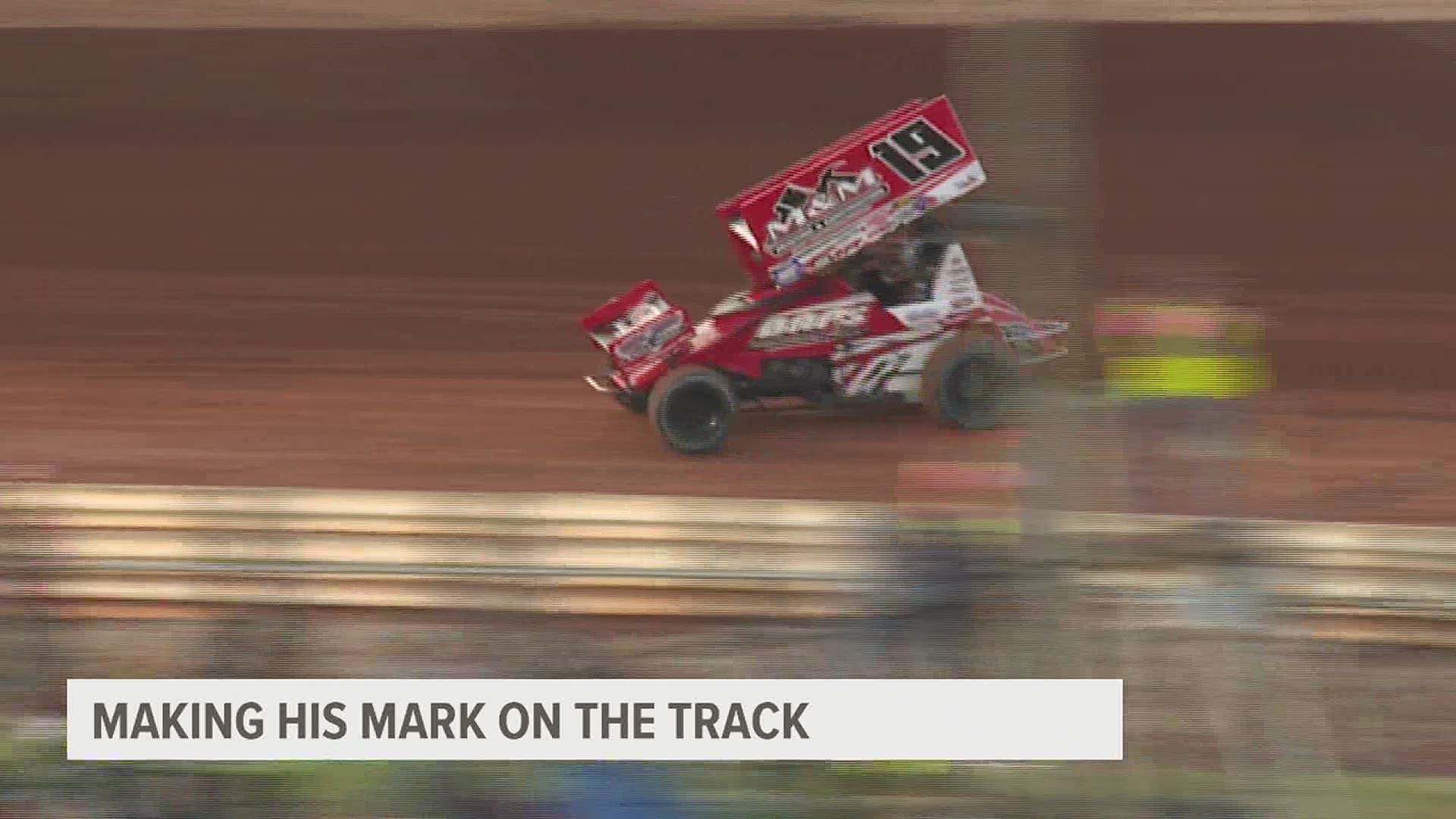 MYERSTOWN, Pa. — It was unplanned and quiet frankly an unexpected family reunion for Brent Marks. After committing to run his first full-time All-Star Circuit of Champions schedule, Marks and CJB Motorsports parted ways at the end of April. He didn't waste anytime and jumped right back into his family car that's turning major results just seven races in for the "Myerstown Missile." It only took one race to get acclimated right back into a very familiar seat he hasn't been in since 2019.

“Things have just been clicking ever since. now, the hardest part is to keep it up," said Marks. "Fortunately I’ve been doing this long enough that I can just sit down, clear my mind and just go back to the things that were working for me in the past and really that’s all I did.”

Simply, he landed himself in victory lane his second race out at Selinsgrove.

His very first World of Outlaws @NosEnergyDrink Sprint Car Series race BACK in his own #19M, and @BMRacing19 WINS IT!

He led the final 13 laps at @EldoraSpeedway to nail down his 5th career victory! pic.twitter.com/PXrTdtWQPd

The weather limiting the races in between but in just the seven races back. In a span less than three weeks, Marks has won three of them and honestly, it could have been five feature wins with two close second place finishes at Port Royal to Anthony Macri and then Brad Sweet at the Gettysburg Clash.

“I spent a lot of time building this up. I wanted to go and do something different and that’s what I did with CJB and it was a great opportunity. I learned a lot. I felt like I grew a lot in a short period of time," Marks said.

Believe it or not, his final race in the 19M was winning the National Open at Williams Grove, then the biggest race of his career. The team is now picking up right back where they left off as they continue to run like true outlaws; wherever the biggest shows are. Marks is currently working on a schedule so they know where they will be racing and can plan ahead, especially if weather is a factor. They aren't looking to stay local and race a handicap. Marks said they want to race time trials and be competitive with the major series.

“My main goal right now is to just be as competitive as we can be, every race and if we’re doing that. the wins are going to come," said Marks.

The next two races on the schedule is the Morgan Cup with the World of Outlaws at Williams Grove this Friday and Saturday.