After the PSAC announces to cancel fall and winter required seasons and championships, universities voted to have "low risk" sports. 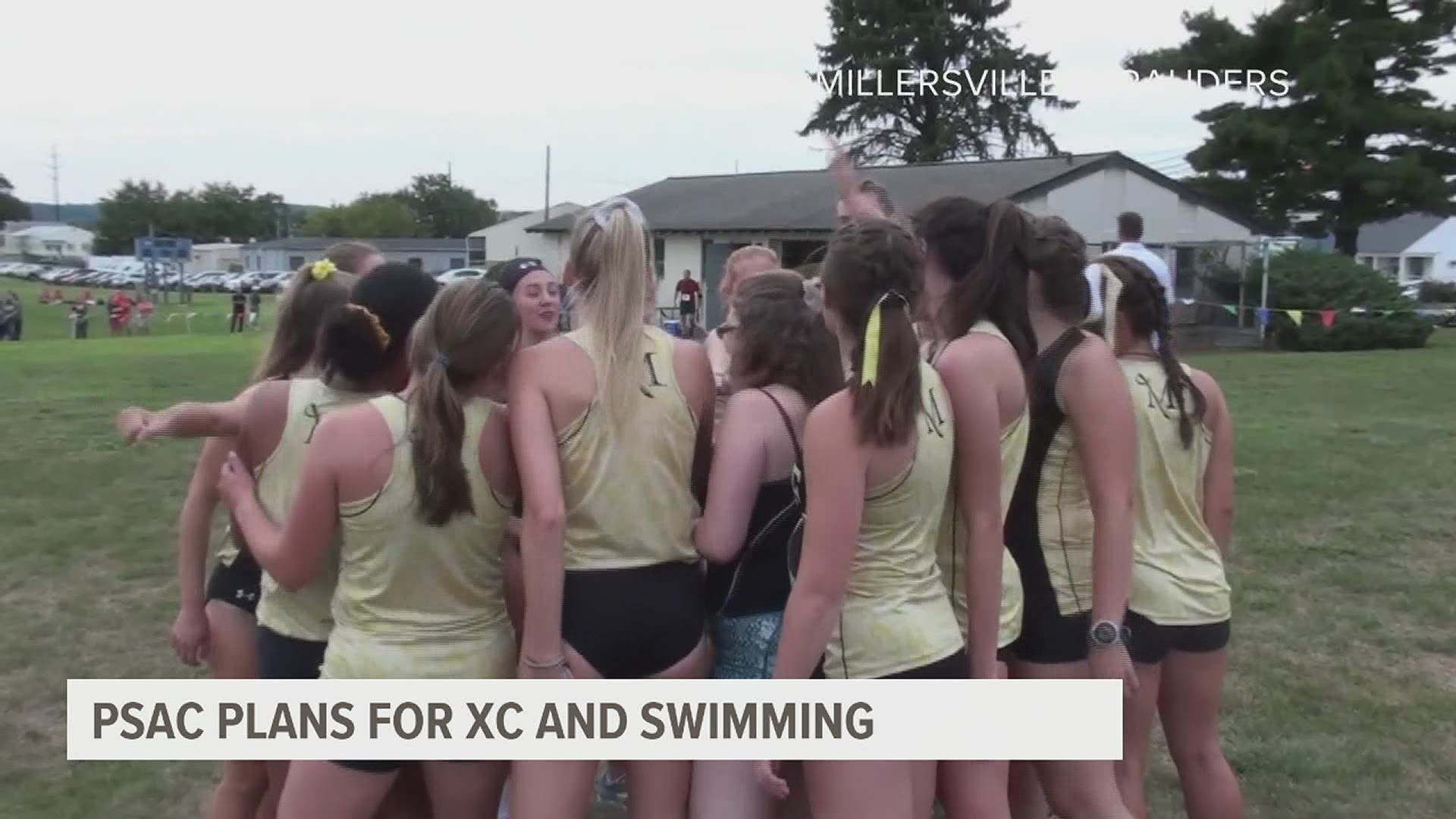 The wild ride continues as the COVID-19 cases, especially in Pennsylvania, continues to reach new daily amounts. Which has only made a normal season for student-athletes even harder to have.

“The level of infection that is occurring. What that means for everybody and it’s difficult to probably be able to compete under those circumstances," said PSAC Commissioner Steve Murray.

Several months ago, the NCAA canceled fall sports championships but the Pennsylvania State Athletic Conference (PSAC), which Shippensburg and Millersville University are members of, hoped to push fall and winter sports to the spring. Now, within a week, the conference had to cancel fall and winter required seasons and championships. After the PSACs decision, they left it open to schools to opt-in, if, six or more of the 18 PSAC universities also opted to move forward.

The next day, the PSAC announced they had enough schools wanted to move forward with cross country and swimming championships.

"The NCAA has each sport has each sport classified as low risk, intermediate risk and high risk and both cross country and swimming, under the NCAAs guidelines, are low risk,' says Murray. 'Testing requirements are a little different and the likelihood of transmission, in cross country and swimming are even more unlikely then other sports. Obviously, enough school felt like they could continue with those."

Following recent decisions to cancel mandated schedules and championships for fall and winter sports, the Board of Directors for the PSAC is now permitting league championship opportunities in women’s, men’s swimming, women’s and men’s cross country. https://t.co/bHC7GQBBQd

Two of the universities opting in, Shippensburg and Millersville.

"There's such a state of flux with what the correct decision is and (with) these decisions, you're hoping you're making the best one that works for the health and well-being of your student-athletes and staff," said Jeff Michaels, Shippensburg University Athletic Director.

"We felt with the students-athletes already being here,' said Miles Gallagher, Millersville University Athletic Director. 'Working out. That these were sports that hopefully we can pull off and be apart of it."

But without athletics and the different and challenging ways of learning during this pandemic, the conference and universities are trying to help their student-athletes away they can.

Michaels eludes to, “One of the biggest issues we’ve been talking about is mental health aspect. Our student-athletes, and student-athletes in general, identify with their sports and to not be able to do things full-fledged, because of the pandemic. It causes another challenge at a very difficult time when they’re already trying to balance academics, social issues, social life and athletics.”

Tentatively, the cross country championships will be scheduled in late March and late April for swimming.

You can keep up to date on the PSAC Conference, here.