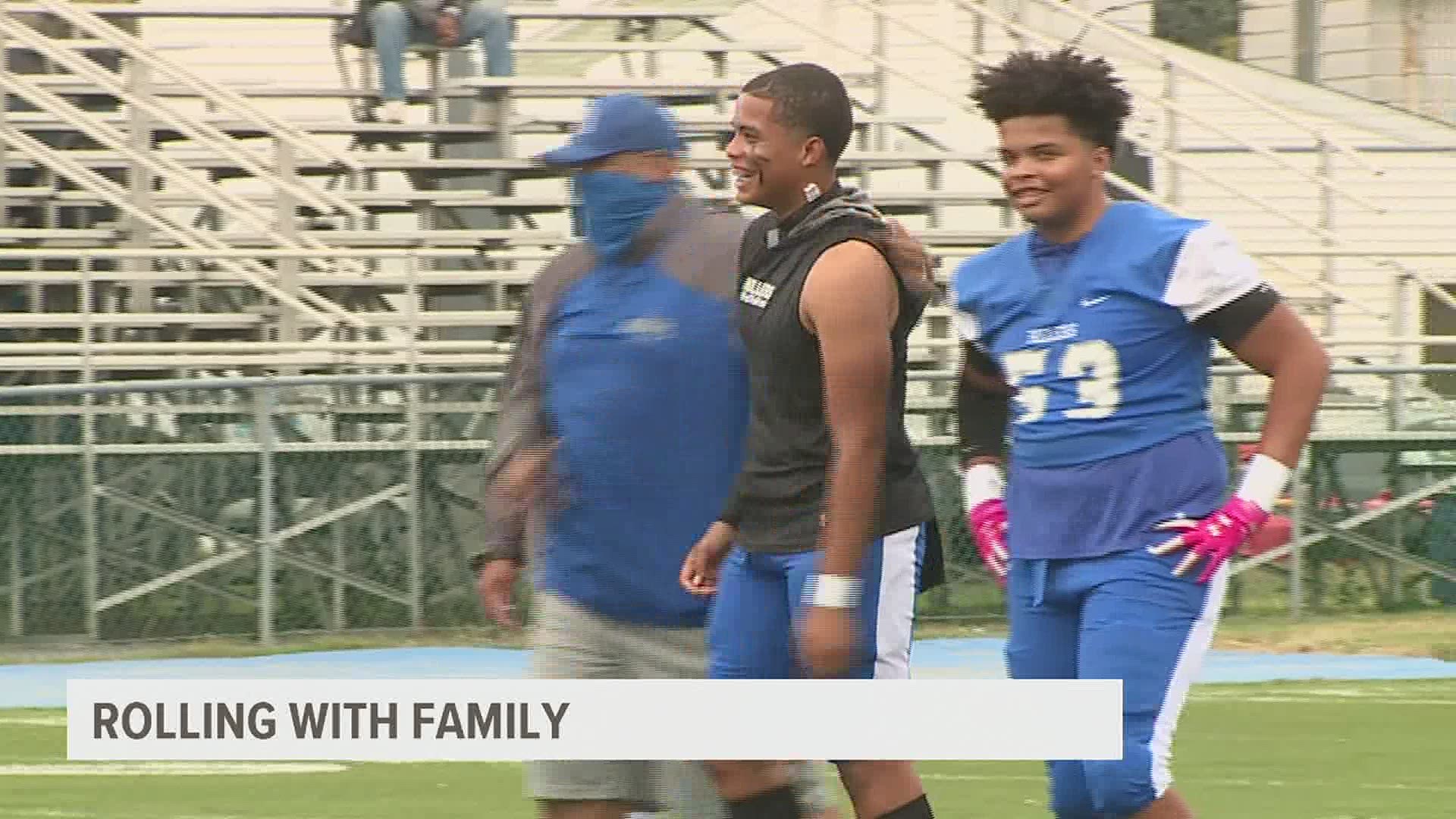 DAUPHIN COUNTY, Pa. — Heading into 2020, Steel-High's offense knew they'd boast plenty of firepower. Highly touted recruit Mehki Flowers, a pummeling running back in Odell Green, Damein Hammonds, Tyrone Moore, a veteran offensive line, you get the point.  The goal, as Flowers puts it, is for everyone to eat.

"I think he understands how deadly we can be when we're all working in unison," explains Steel-High Head Coach Andrew Erby.  "We can lean on anybody at any given point. But I was impressed with the way we managed the game and the way we spread the ball around to multiple players."

Of course, there's one player tasked with spreading the ball around for the Rollers.  He's a freshman though you'd never know by watching him play.

"I was really anxious, but I was also excited at the same time," detailed Rollers Quarterback Alex Erby.  "Because of Mehki Flowers.  Four-star, throw it up to him, and he can make a play anytime."

"People don't understand that a lot of those plays are him checking at the line, calling it and checking from a run to a pass," said Coach Erby.  "For a freshman, he's shown a lot. His preparation is awesome. He really loves the game."

Alex has grown a lot in a short time, and in more ways than one.

He's also made huge strides when it comes to his knowledge of the game, but when Dad is also the head coach, it certainly helps.

The next four years will be a true family affair.  Alex's twin brother Andrew Erby, Jr. is a defensive lineman for the Rollers.

"I'm Dad at home, but we just leave football at football. I told him, if you want to do more, if you want to ask questions, we'll do it. And if he wants to work more, we'll do it at home. But it's really a father relationship. Until sometimes in the game when he yells over 'Hey Dad,' and he changes the play. So he forgets to call me coach at practice, but we'll let him go away with that."