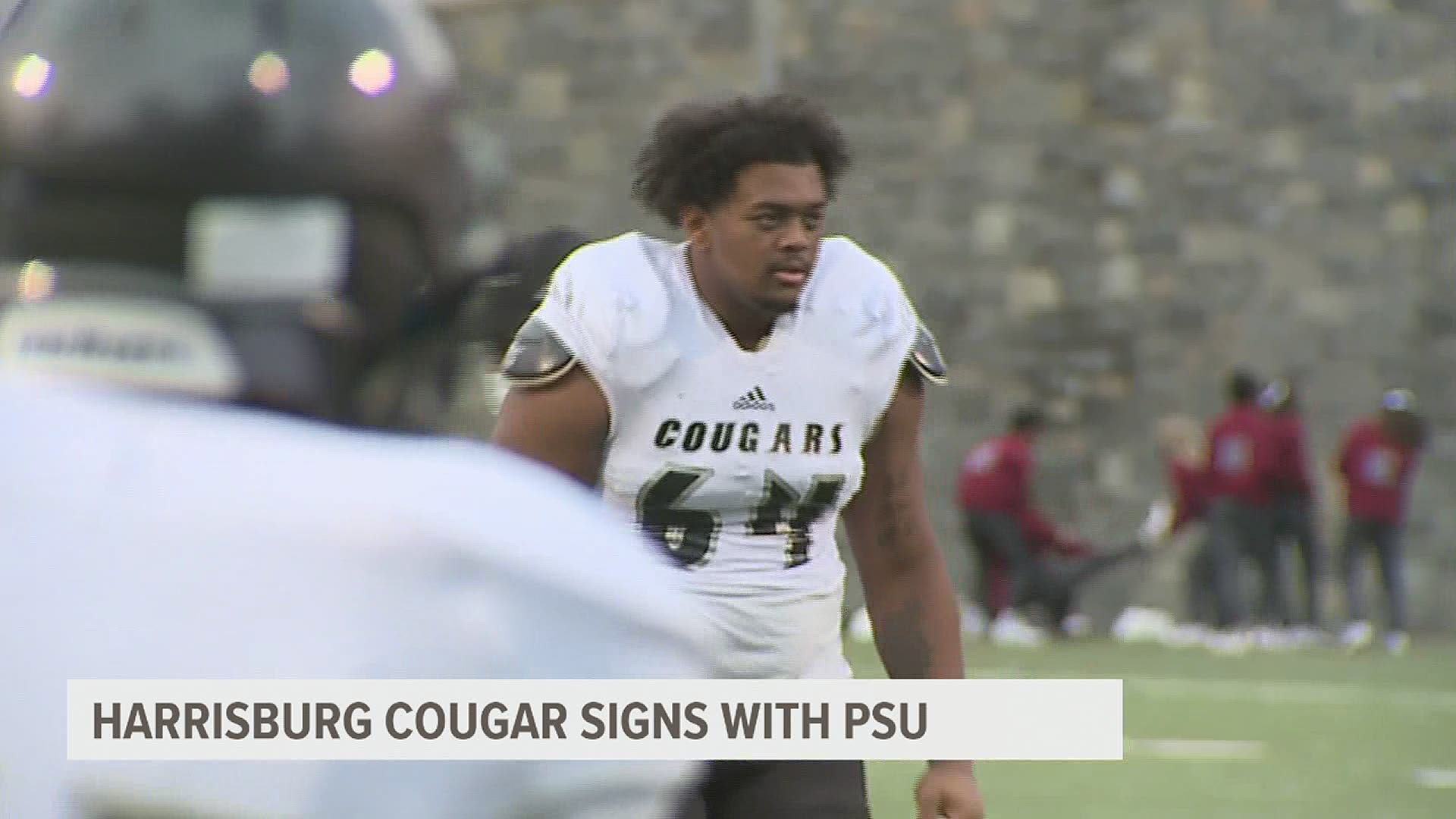 HARRISBURG, Pa. — Harrisburg’s Nate Bruce has only played on the gridiron for a couple years, but he knew what he wanted to do as soon as he first put on the helmet and pads.

He's taking his talents to the next level as a in the blue and white. Nate recently graduated early from Harrisburg High School so he could get on Penn State's main campus early and start working and growing as a Nittany Lion because he found out how important every opportunity was, especially during this uncertain year.

Bruce said, “I had a chip on my shoulder this season. You know, I really didn’t know anything about my rankings and stuff like that. I just wanted to go out there and prove my point because you never know when it’s going to be your last game.”

Nate ranks as a 4-star offensive lineman. He created his own path but is following in the foot steps other cougars to All-American Nittany Lions. Anything to make his family proud.