Sports Spotlight: Cade Helmer carving his own path in hockey 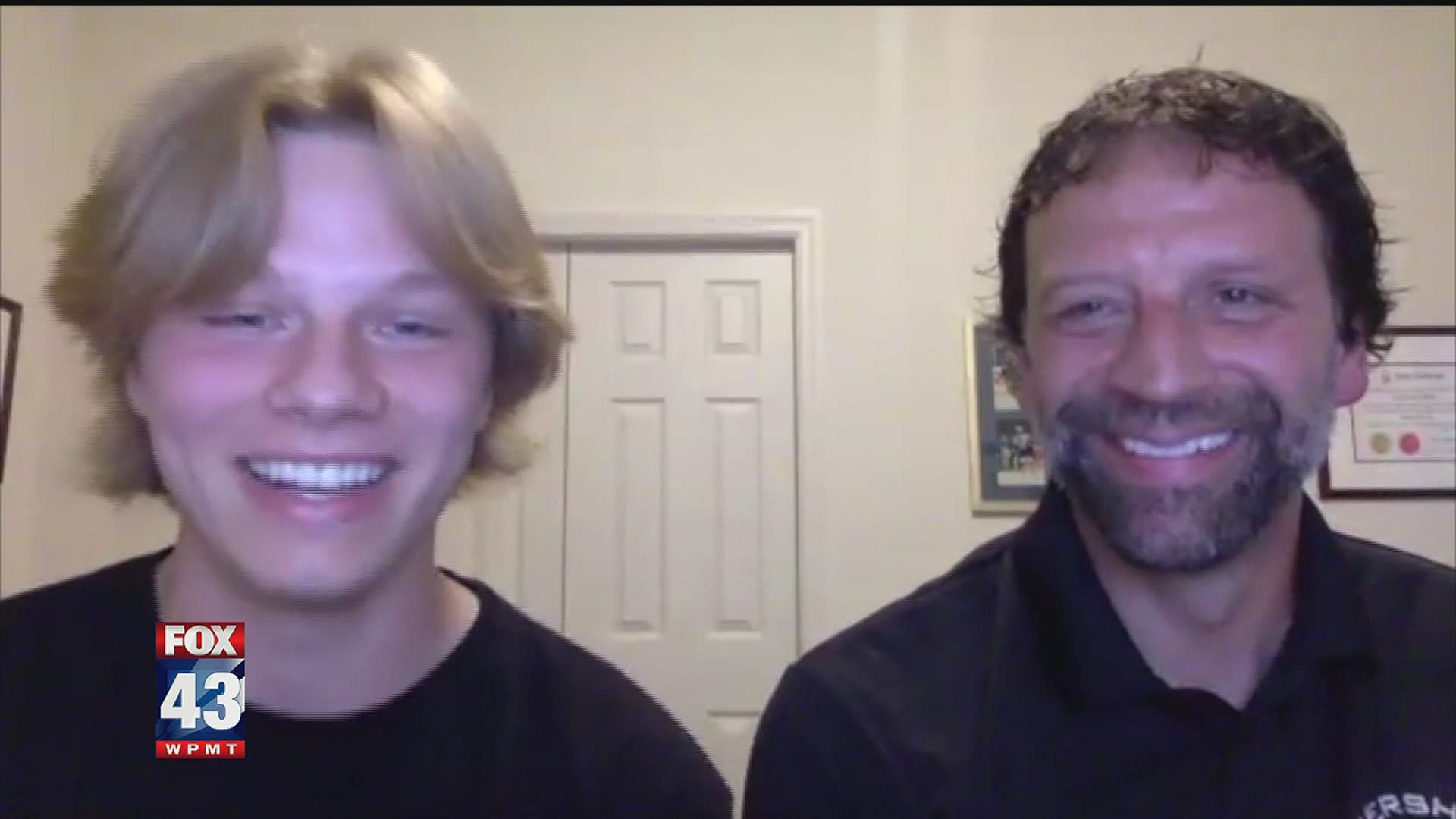 DAUPHIN COUNTY, Pa. — Former Hershey Bears Captain Bryan Helmer is quick with the praise for his son Cade. “He is definitely more talented than his dad I‘ll tell you that."

Hockey has always been in Cade Helmer’s blood.

"As a father you want your son to follow in your footsteps and obviously it puts a smile on your face when you put his first pair of skates on." remembers Bryan.  "He goes out there and he is walking on the ice instead of skating."

It seems like just yesterday those moments took place in Grand Rapids for the older Helmer.  "Just to see how much he has grown in those couple years it is special to me and it is a a lot of fun watching him."

Skating through the ranks from Lower Dauphin and the Junior Bears to the AAA New Jersey Titans with a stop in Smith Falls, Ontario.

July was a pretty good month for Cade.  He shined in Iowa at the Fighting Saints Camp and was drafted by the Johnstown Tomahawks.  The 19-year old has loved his journey.

"It was pretty awesome up there and getting to play every day," said Cade.  "I liked it a lot.  To play in Johnstown, it is a great city and fan base and I'm really looking forward to it."

With two seasons of eligibility in the North American Hockey League, hopefully it is  a jump start to the next goal.

"If I do have a good year, then maybe I can commit to a D-1 which I would love to do and then I still have another year after that to play one more year in juniors.  I'm definitely trying to get a D-1 commit."

No added pressure being the son of a Calder Cup Champ and AHL Hall of Famer.  Bryan Helmer is now the VP of Operations for the Bears so he's used to being in control.

"It's nerve racking," he admits.  "When I was a player or coach I would get nervous with big games and stuff,  just watching him out there I am on pins and needles the whole time.  I sometimes have to separate myself and go watch by myself."

“Working out a lot and always be humble and never quit on the ice work on my hands and work on my shot downstairs in the basement.  He gives me some good advice like that," said Cade.

“Give him advice when he wants it let him get his own path and find his own way but be there to support him."