The Lampeter-Strasburg grad passed away on Monday at the age of 21. 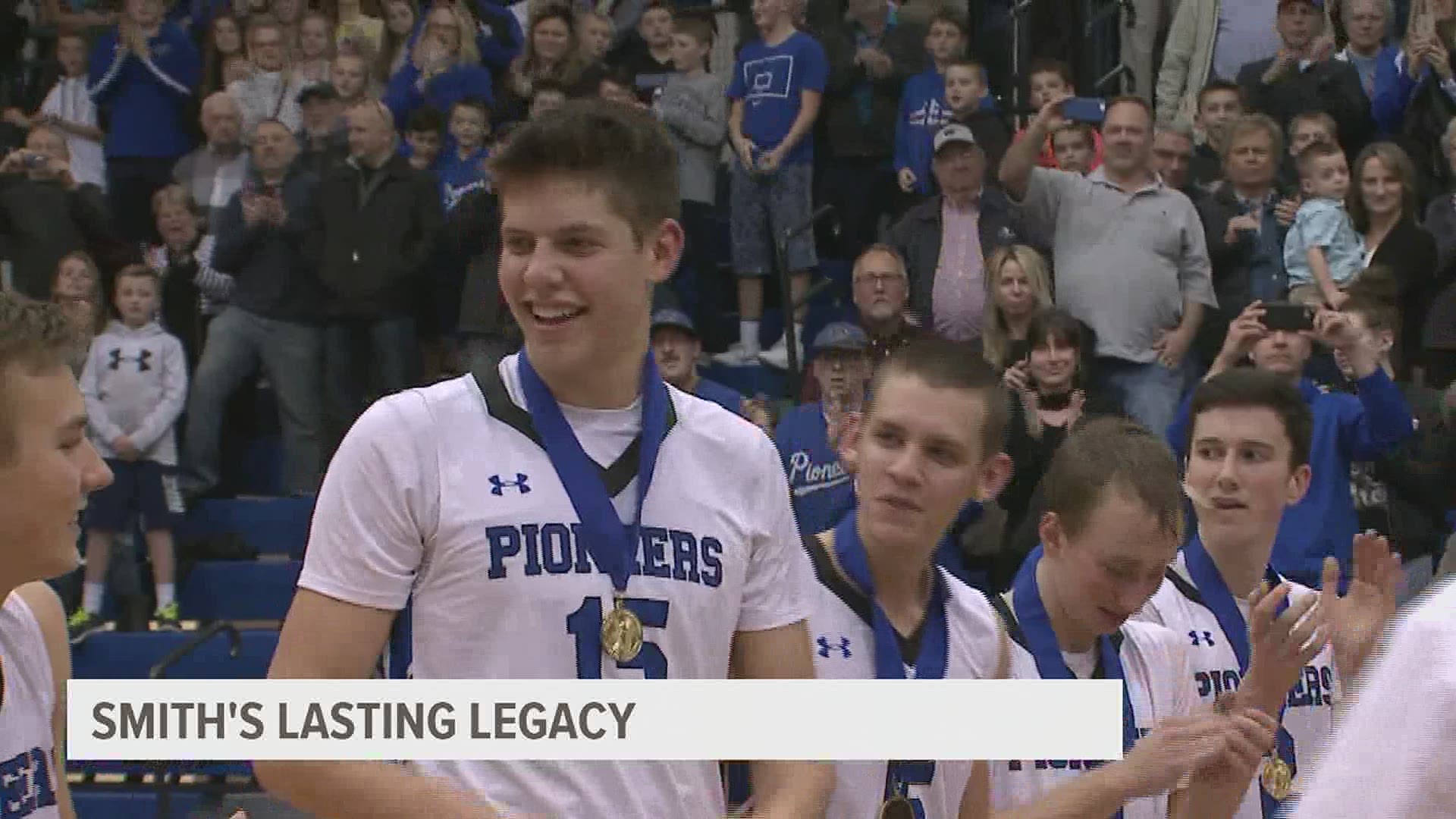 LAMPETER, Pa. — During a March Madness tournament filled with upsets, basketball fans, near and far, were hoping for one more upset.  Unfortunately, Ryan Smith's battle with leukemia came to an end Monday morning.  Smith was 21-years old. Anyone who met Ryan in his all-too short time on this Earth, knows his story is about so much more than the ending.

You wanted Ryan Smith on your team, or at the very least, you don't want him on the opposing team.

Smith finished his Lampeter-Strasburg career with more than 1,000th points and between varsity and AAU, he impressed college coaches enough to earn a spot at East Stroudsburg University.  Making an instant impact with the Warriors, he was named the PSAC East Freshman of the Year for the 2018-2019 season.

"That transferring over into college and how I produced my freshman year, just kind of helped that," recalled Smith in January of 2020.

It was after his freshman season that Smith was first diagnosed with leukemia.  He attacked it with the same force that he attacked the rim, and like so many he helped up along the way, they were now there to have his back.

"I got a lot of support from my high school, especially.  A lot of this is just the L-S community," said Smith.

In 2019, student sections across the Lanc-Leb wore orange in support of Smith.  Millersville University hosted a double-header against East Stroudsburg with all proceeds going towards Smith's medical costs.  Over the past few months, when Smith's leukemia returned, "Smith Strong" and "RelentlesS" shirts returned to the high school courts that Smith once played on as a Pioneer.

"Just to see the community come together, I'm just so grateful that so many people cared," said Smith in 2020.

Over the weekend, East Stroudsburg held a Celebration of Love ceremony on the football field in honor of Smith.

"Through his battle, Ryan has shown me what the world relentless really is," said ESU men's basketball coach Jeff Wilson.

Ryan Smith is forever a Warrior.

During the month where Ryan's favorite sport takes center stage, the game made sure to include him.

"There's a young kid I met, a really young kid I met a few years ago named Ryan Smith up in Philly," recalled basketball commentator Charles Barkley during a March Madness broadcast.  "My thoughts and prayers are with his family.  It sucks.  Cancer just sucks."

Ryan Smith’s battle came to an end this morning but his impact and legacy will last within everyone that had the privilege to know him.
He made a tremendous impact on so many people with his relentless attitude, work ethic, humility and will.
I Love You Ryan
RelentlesS❤️ pic.twitter.com/vJIfC8UEUQ

While Ryan is no longer with us, his legacy and drive will be felt and carried on by those who learned from the best.