Ship field hockey beat the Rams for the fourth time in the 2021 season, finishing with a 20-0 record. 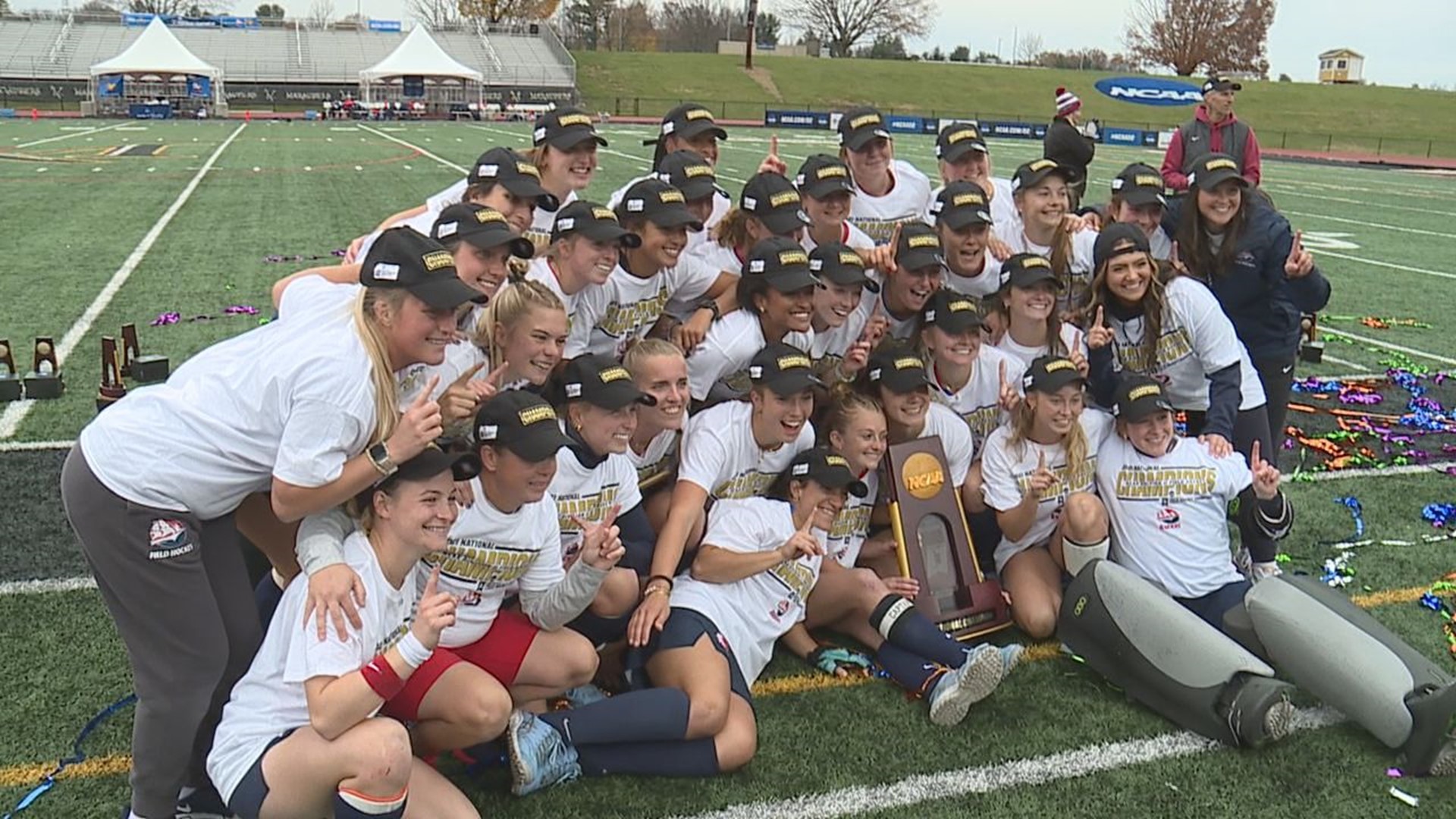 LANCASTER, Pa. — With everything that the Shippensburg University field hockey team has accomplished in 2021, there was only one proper ending.

The Raiders shut out West Chester, 3-0, in the NCAA Division II National Championship at Millersville's Biemesderfer Stadium on Sunday afternoon.

The win not only gave Ship the program's sixth national title but also concludes their year with a perfect 20-0 record.

If it took fans a while to find a parking spot, they likely missed some of the early action.

Not even a minute and a half into the game, Shippensburg senior Jenna Sluymer collected the ball in front of the West Chester goal, and while her first shot was stopped, she quickly scored on the rebound to give the Raiders the 1-0 lead.

The Raiders were camped out down the Rams' end for most of the day, as Ship would outshoot WCU, 13-5.

Minutes later, Caityln Wink found Jazmin Petrantonio and the senior's shot deflected off the West Chester goalkeeper and into the back of the net, increasing the Raiders' lead to 2-0.

It would be tough to draw up a better first quarter for the Raiders.

Seven minutes and fifty-one seconds into the first, Valu Paul split the defense and was able to flip the ball up to avoid a charging defender, eventually landing in the net for Shippensburg's third and final goal of the game.

Raiders goalkeeper Lindsay Tripodo saved all three shots that she faced on Sunday.

Shippensburg becomes the first team since East Stroudsburg in 2015 to win the PSAC Championship and the NCAA Division II National Championship in the same season.  The Raiders beat West Chester in both championships this year.

Following a year where there was no season because of the COVID-19 pandemic, Coach Tara Zollinger gives a lot of credit to the senior class.

"The leadership group of our senior class made a decision at the end of our last season, that they were going to win this trophy and they were going to do everything in their power to make the adjustments that we needed to make to get back to the national championship home to Shippensburg," said Zollinger.

FOX43 will have much more with the National Champion Raiders coming up later in the week.