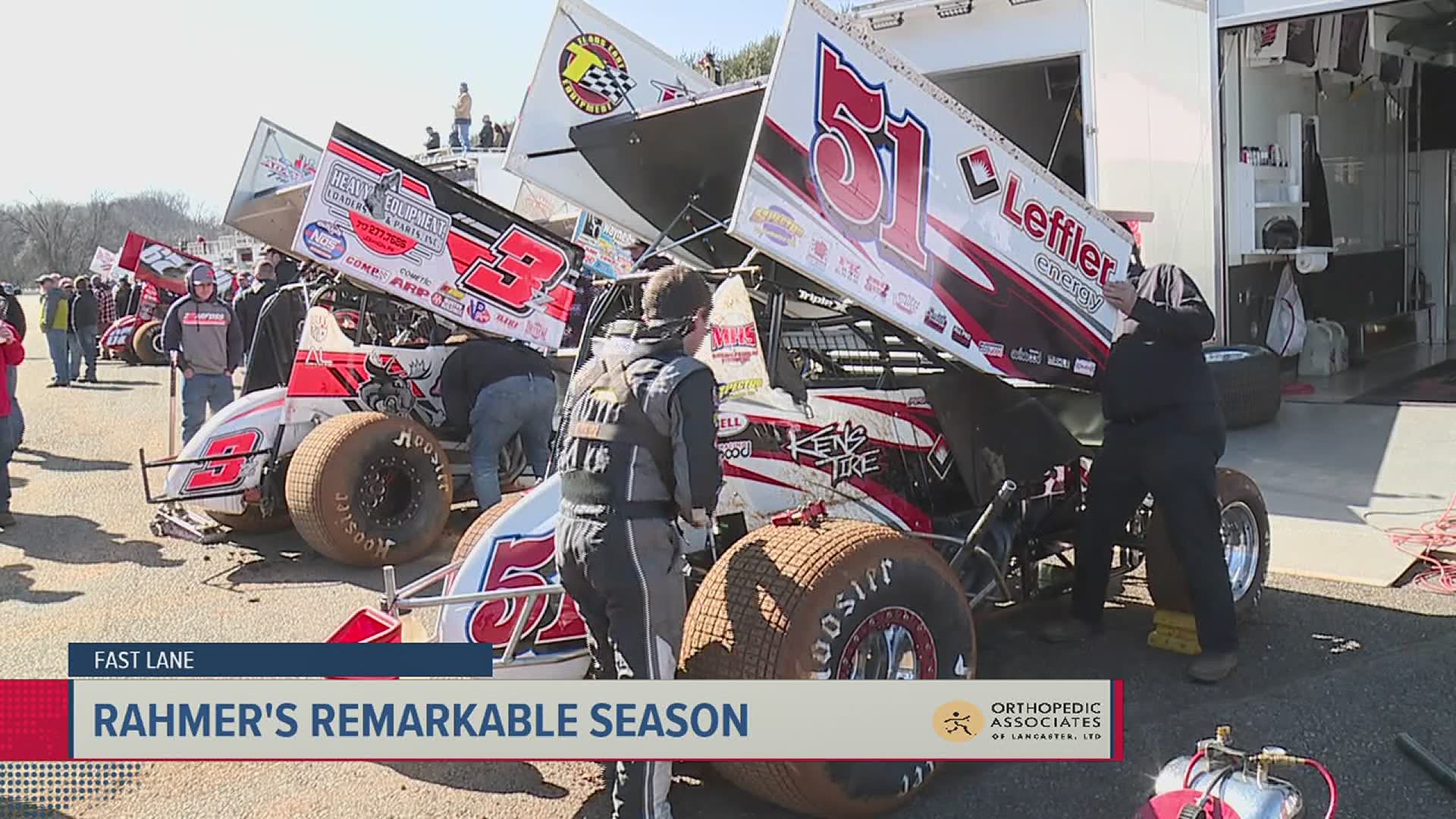 It wasn't a typical year for anyone.  There were a lot of challenges, on and off the track, but it's one year Freddie Rahmer will use to continue to grow as a driver.

The season started just like any other year, but quickly came to a halt a few weeks later.

"That was tough in the beginning when we were in April or whatever.  Then in the beginning of May, it was so frustrating.  And then once we get started again, it was like we were starting a new year so we had to be careful getting back into it," recalled Rahmer.

The pause in action didn't seem to play a role in what Rahmer set out to do in 2020.

Even with the three month hiatus, the team still managed to run around 60 races.

Rahmer joins just a handful of drivers to win both Lincoln and Williams Grove track titles in a single season, including his dad Fred, Lance Dewease, and Kenny Weld.

It's not just that feat he gets to share with his dad, as the 24-year-old says it's the time spent at the track and in the shop as a family.

"The more I get to race and the older I'm getting, it means more and more to do it together.  I mean, it's frustrating at times because you both want to do good and he's already done it for 30 some years," said Rahmer.  "His level of tolerance is a little lower than mine."

Rahmer not only wins the championship at the Grove, but was also named Mechanic of the Year.

Not knowing what the new year will bring, Rahmer says they will prepare for when the season kicks off again, even if that means traveling to different states.

"We won a decent amount of races.  Not as many as we wanted to, but we learned a lot and I think it will show more next year," said Rahmer.