Pride of the Lions: PSU searches for silver lining with no fans 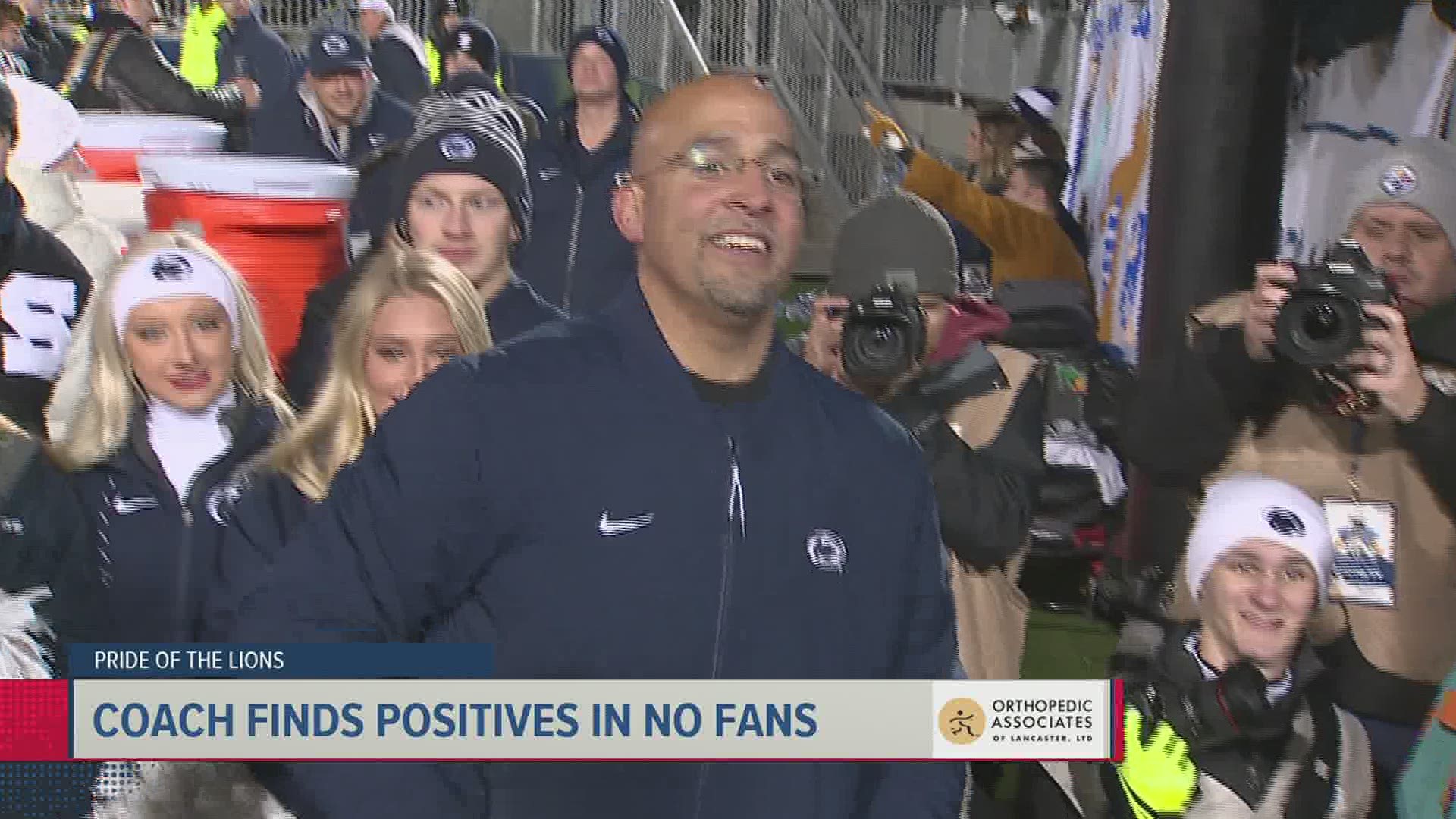 STATE COLLEGE, Pa. — We don't exactly know what Beaver Stadium will look like on game day, just yet.  We do know it will be mostly empty, so while that is very bad for the bottom line of the athletic department, Coach James Franklin sees the positive.

Speaking with the media this week, Coach says the Lions will move more practices to Beaver Stadium to get used to the emptiness and prep for silence.  What's yet to be seen is how this will effect the players and how they feed on energy during games.  But Franklin has a silver lining and it's one that takes him back in time.

"It's the purest form of football.  I remember sitting in the car with my mom driving me to the game and she is smoking a Pall Mall and I got my full equipment on and everything, but my helmet," recalled Franklin.  "Sitting next to her and you get out and run out with the full uniform on and put your helmet on and you get going, so in some ways, I am hoping that we get back to that special time when the game was so pure and we played it for the love of the game."

On the player front, PSU needs a second tight end, so is Camp Hill's Zach Kuntz the guy?  Kuntz is up around 255 lbs.  He has worked hard to build up his frame and become that multi tool player Penn State wants and he has caught the eye of his position coach.

"He's made huge strides and is starting to kind of put it all together with that physical strength coming.  Zack is a super smart guy.  I have seen him take another step and it has been exciting to watch him go out and work.  His approach is as good as it has ever been so I am excited to see what Zach can do for us this year," said Bowen.