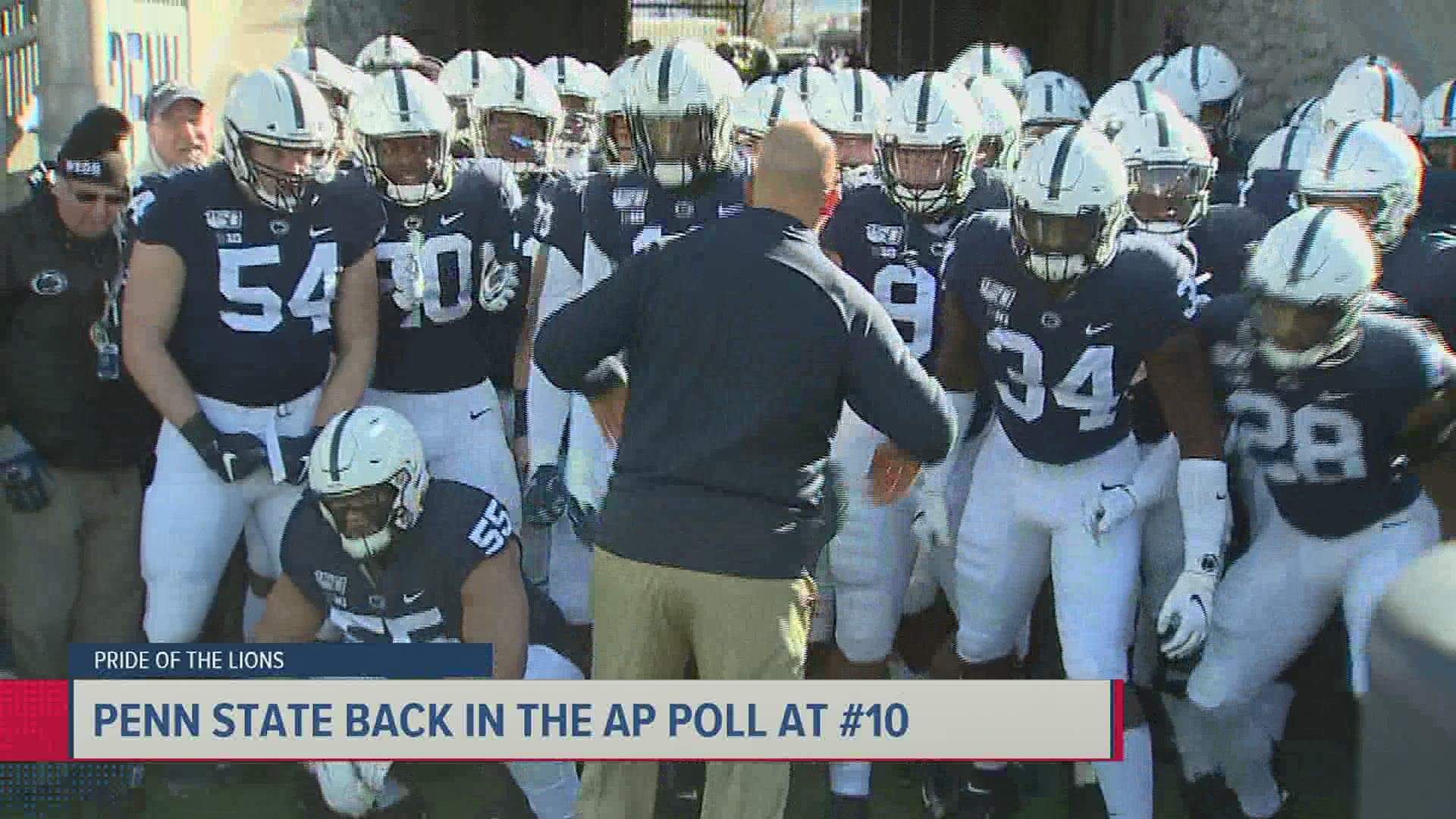 STATE COLLEGE, Pa. — It's called respect and the Nittany Lions have earned it from the Associated Press pollsters.  Despite having not played a down of football this season, Penn State jumped right back into the AP Poll at 10th in the country.  It probably irked their rivals at Pitt to see the Nittany Lions 0-0 and now ranked 14 positions higher than the 3-0 Panthers who just beat a previously ranked opponent Louisville and slid back three spots.

Penn State's players make no secret of the fact they think this could be the year they make the College Football Playoffs.  If they take care of business in the Big Ten, the opportunity will exist.  In the meantime, Coach Franklin is trying to build chemistry but says it's difficult to do that under current restrictions.

Penn State opens up their season with an away game at Indiana on October 24th.