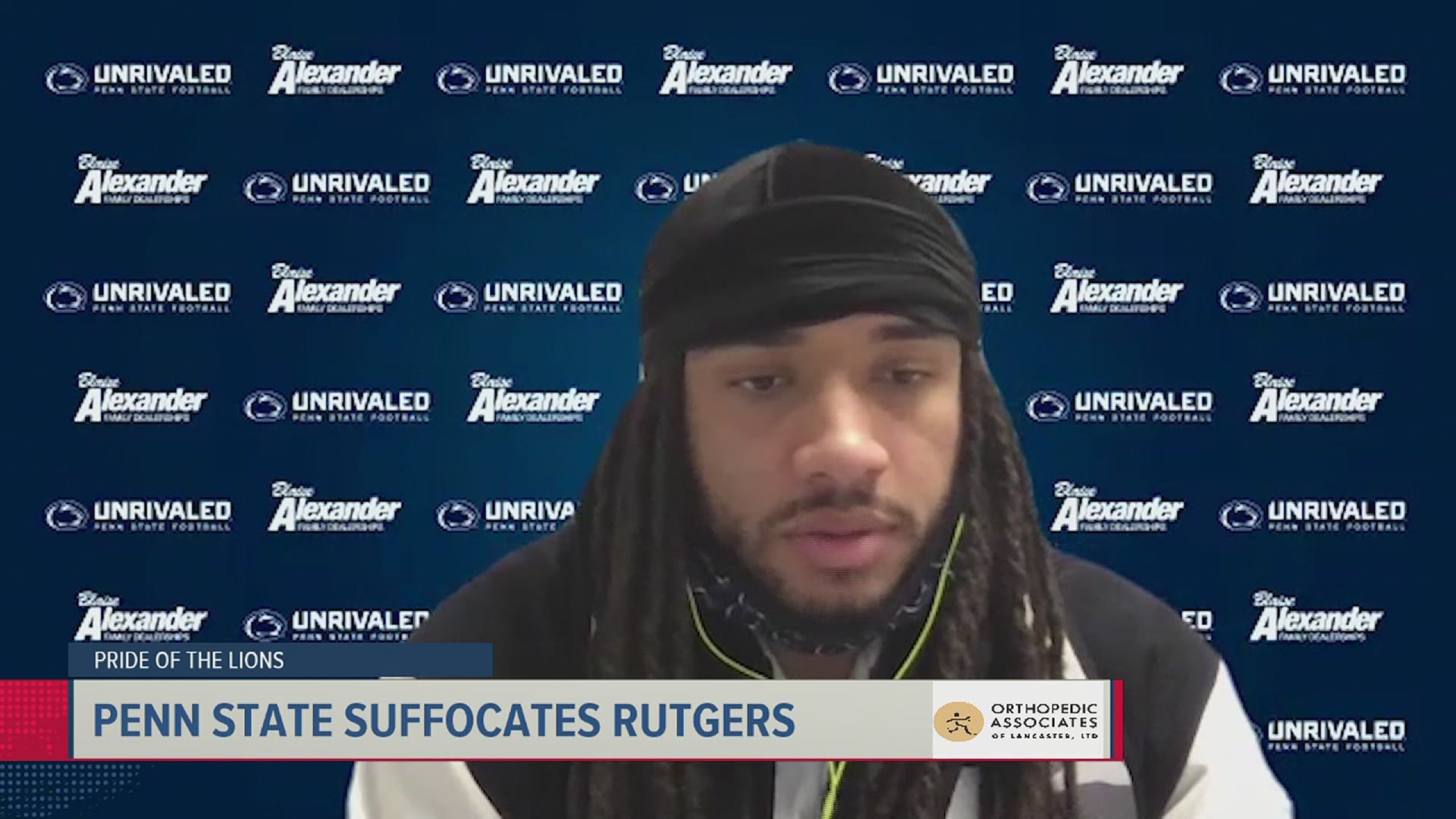 PISCATAWAY, New Jersey — Historically speaking, Penn State's games with Rutgers are usually drama free.  Considering the Nittany Lions went into their contest in Piscataway only 1-5, it's a good sign they didn't struggle with the Scarlet Knights.

Under former PSU Assistant Greg Schiano, Rutgers is on the rise.  The Lions completely controlled both lines of scrimmage and suffocated the Knights on the road.  The performance showcased the strengths of both of their quarterbacks. Junior Sean Clifford threw a strike when he hit Parker Washington in stride for the game's first score.  Sophomore Will Levis is a battering ram that finished several runs with authority to move the chains.

On defense, Penn State only allowed a little more than 200 yards to Rutgers while the offense grinded out 248 on the ground alone.  The segment with this story was seen on FOX43's Sunday Sports Frenzy and features reaction from both Sophomore Running Back Devyn Ford and Junior Safety Jonathan Sutherland.  The Nittany Lions improved to 2-5 and go for a third straight victory at home against Michigan State.