Pride of the Lions: Penn State ready for game week 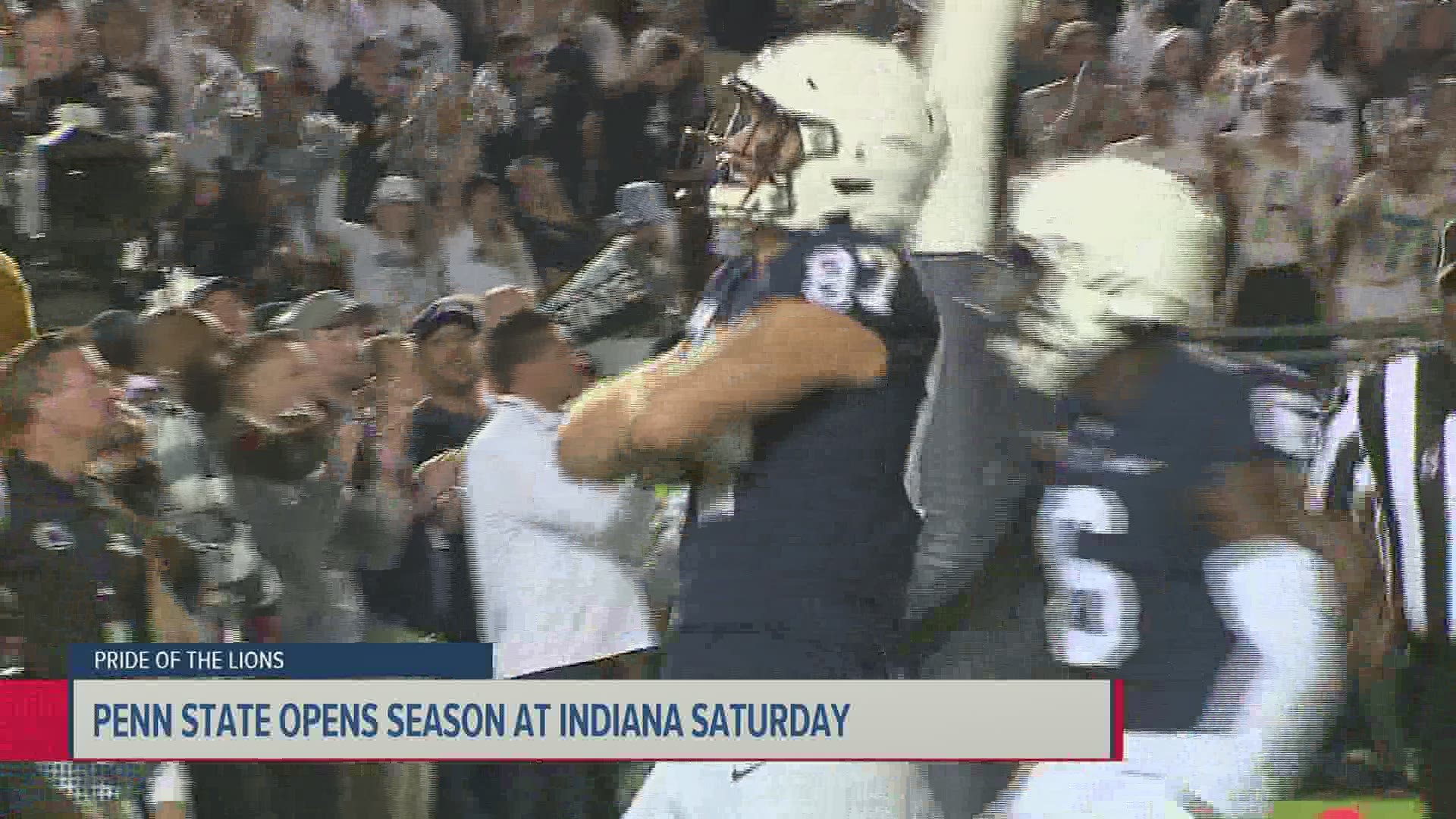 STATE COLLEGE, Pa. — The long offseason wait is almost over.  Less than one week before the Big Ten kicks off their Fall season, a season that was not going to happen.  Now on Saturday, Penn State takes the field at Indiana as the 8th ranked team in the nation.  The team now undergoes daily COVID-19 testing.  If anyone tests positive at this point, they are out for three weeks.  The Nittany Lions have fought hard for an opportunity to play and they get their shot this weekend against the Hoosiers.

Optimism is sky high in Happy Valley with a bunch of returning starters in key positions.  It is game week, not the same as in the past, but Coach Franklin says they're ready for the opener.

"We've gotten in to a good routine now," he explained. "You could make the argument that in some ways, it's been better.  We've had a lot of meeting time, a lot of individual.  Probably more than we normally would have in a normal training camp."

Sean Clifford is now a two-time captain with experience at QB.  Tight End Pat Freiermuth is on the Big Ten's short list for players to watch.  After Indiana comes the home opener against Ohio State on Halloween.   We'll find out before November if Penn State is a legit contender for the Big Ten title and college football playoffs.