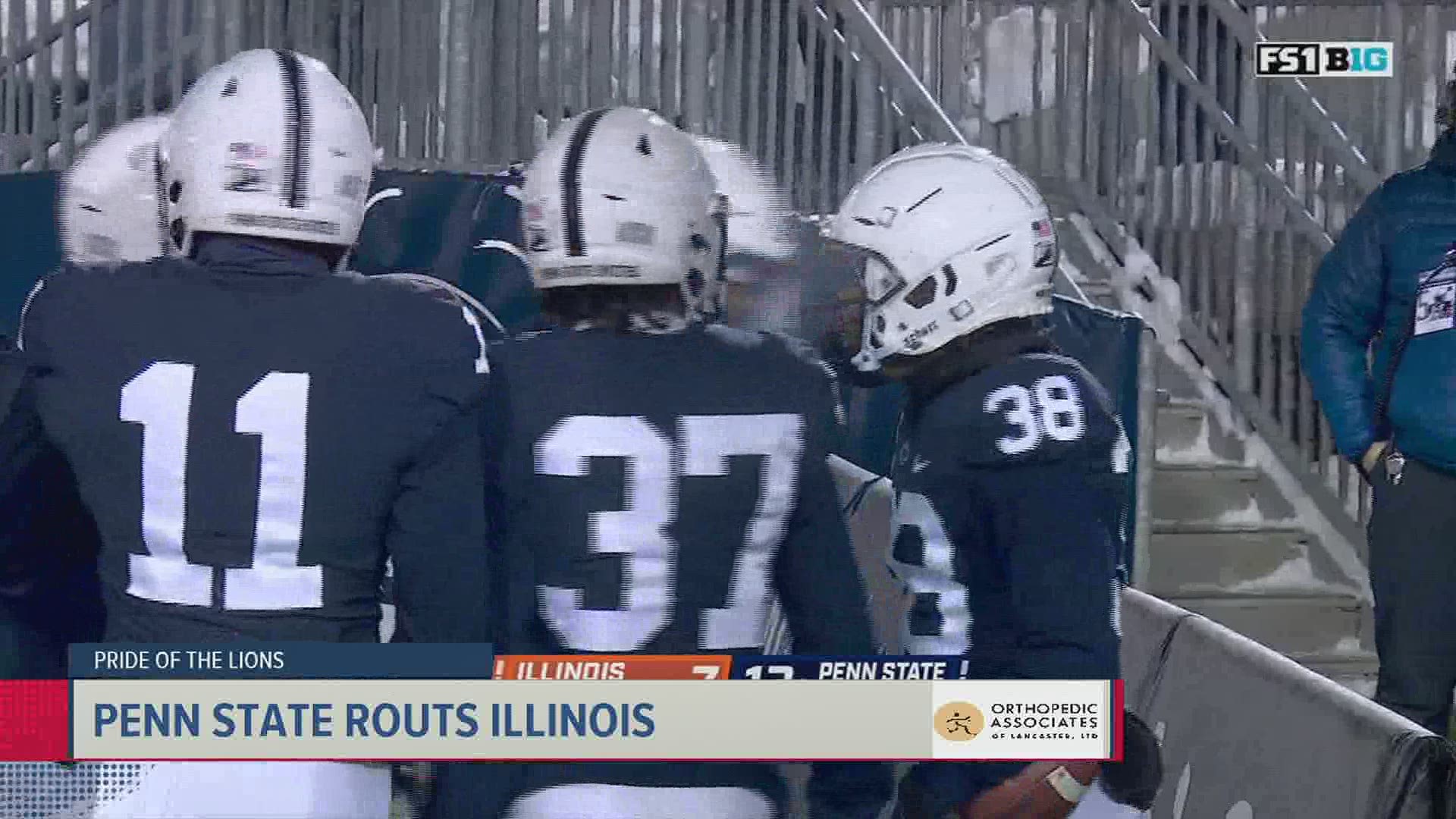 STATE COLLEGE, Pa. — The defense started shaky and settled in to shut down Illinois the final three quarters.  The offense started fast and never slowed down in the Nittany Lions 56-21 rout.  Penn State finishes the 2020 season with a four-game winning streak after beginning the year with a five-game losing skid.

Junior Wide Receiver Jahan Dotson covered 75 yards on the first play from scrimmage to set the tone for the Lions.  He ended the game with six catches for 189 yards and two scores.  Junior Quarterback Sean Clifford benefitted from Dotson's two long touchdowns on two short throws to pile up 285 passing yards with only 16 completions.

Senior Lamont Wade shined on special teams with a 100-yard touchdown return that gave Penn State a temporary lead in the first quarter.  Illinois actually grabbed the advantage with 6:10 remaining in the first at 21-14 before the Lions ripped off 42 consecutive points.

The team finishes the year at 4-5 and decided against playing in a bowl game. Penn State is one of only two Big Ten programs to play all nine games on the schedule.

The Pride of the Lions segment on the Sunday Sports Frenzy features game highlights and postgame reaction from Wade and Clifford.