Pride of the Lions: Yurcich reflects on journey to Happy Valley

It's been a month since Mike Yurcich was named the new offensive coordinator of the Nittany Lions. He met with the media for the first time in the blue and white. 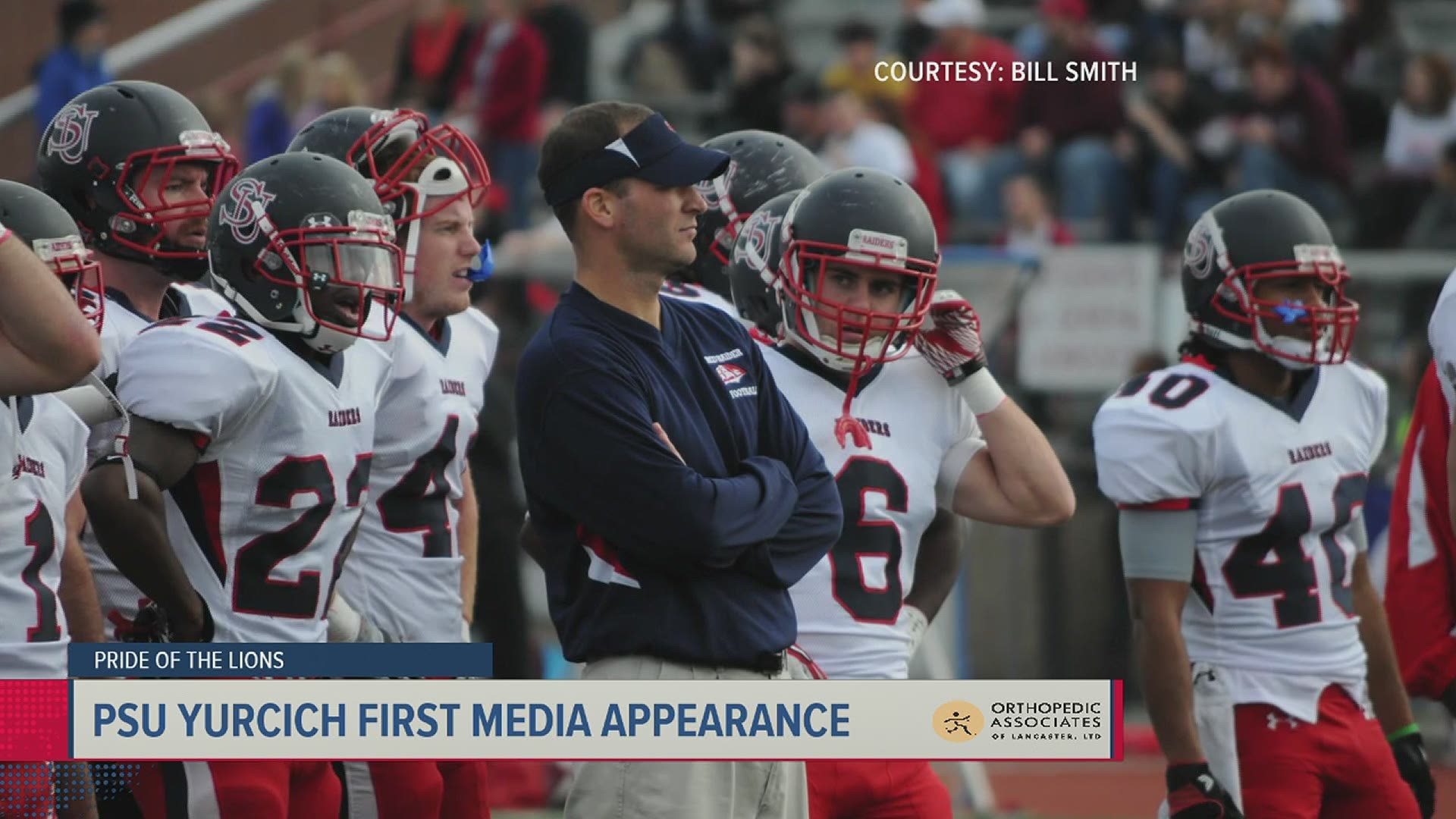 STATE COLLEGE, Pa. — It's been nearly a month since the Penn State Nittany Lions announced Mike Yurcich as their new offensive coordinator. Tuesday afternoon, Yurcich took some time out of his busy day to talk to the media for the first time in the blue and white.

Before Yurcich talked about the x's and o's, he mentioned all the places he's worked. After spending eight years in the Pennsylvania State Athletic Conference (PSAC), six at Edinboro University and two at Shippensburg University, before landing a job at Oklahoma State, Ohio State, Texas and now Penn State. Yurcich said he has learned something from every coach and had nothing but positive words to say about red raiders head coach Mark Maciejewski.

“Awesome guy. Great leader and learned a lot from him from a structural stand point. A lot of the things I do today, throughout my day, I did back at Shippensburg, as well," said Yurcich.

Penn State's head coach James Franklin said in a press conference last week he wanted to get back to a tempo style offense something Yurcich isn't a stranger to and says that goal is to not let the defense communicate. With a new program to any team brings challenges. You have to adapt to your players ability.

“You can’t try and fit a square peg in a round hole. So, you have to make sure you’re asking your quarterback to do things that are within his skill set. Then same thing with every other position out there. There certainly comes a time where you’re trying to make sure the personnel, you’re recruiting, fit into your system but your system has to be adaptable to your talent level," said Yurcich.

He also mentioned he wasn't going to speak about any of the players until after spring ball.