Pride of the Lions: Local Lions ready to step up 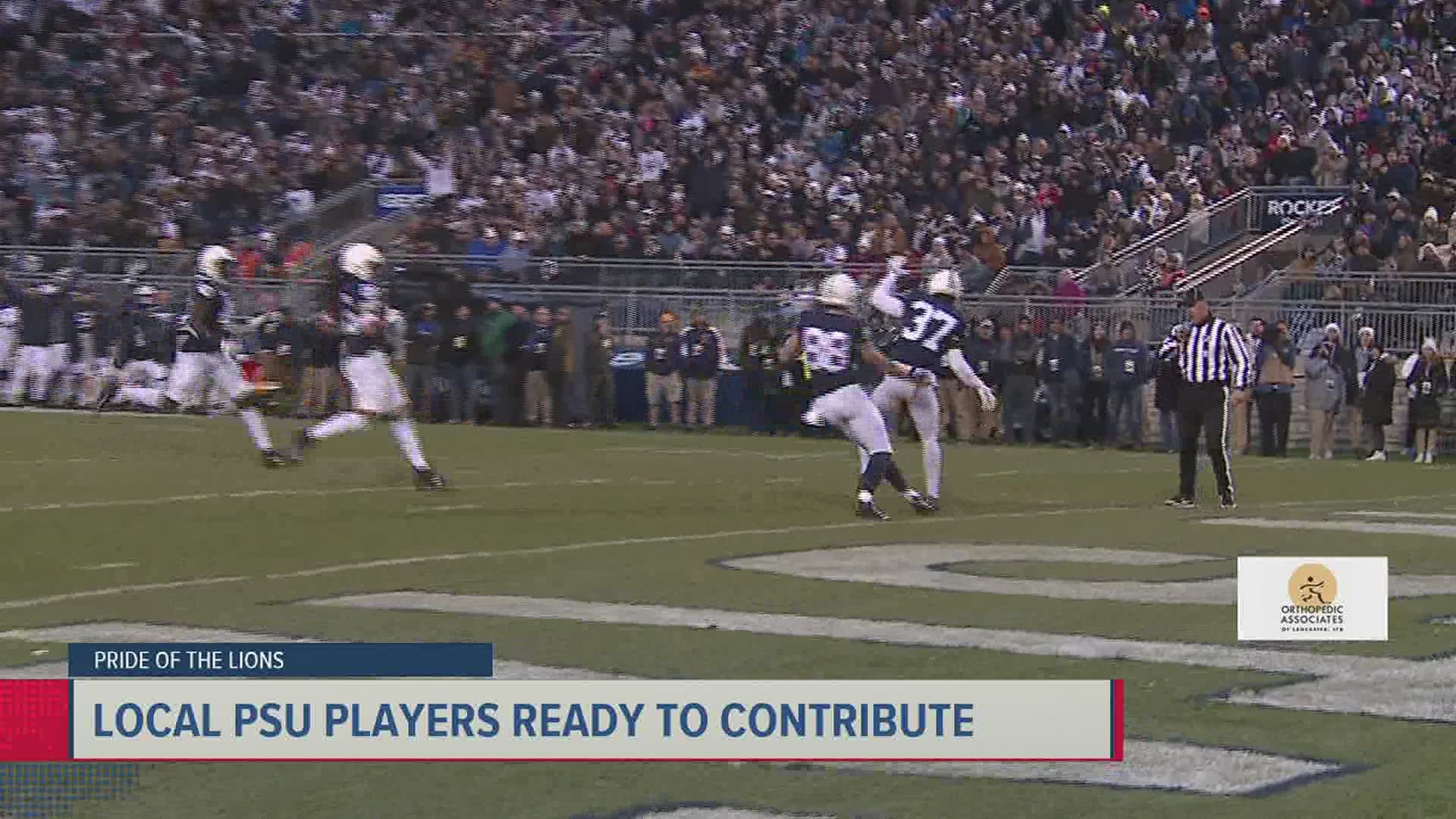 STATE COLLEGE, Pa. — The Nittany Lions are still a few weeks away from their season opener but they continue to climb in the rankings.  Despite their inactivity up to this point, Penn State has climbed up to 9th in the Associated Press poll.  When they get on the field, they are likely to lean a little more on a few local players like South Western Junior Drew Hartlaub and Camp Hill Sophomore Zack Kuntz.

Hartlaub has carved out a niche as one of the gunners on the punt coverage team.  He's used to sprinting under the punt from Blake Gillikin and downing the ball inside the 20 to give the opponent poor field position.  He's listed as a safety and depending on how the season goes, could be called upon to fill a hole in the secondary.  Remember, a positive Covid-19 test for any player equals a mandatory 21-day quarantine.  Hartlaub admits playing special teams does not involve as much playbook study time but he's proven to be a very valuable part of the punting unit.

Kuntz is listed as 6-7, 252 pound tight end so he's a big target for QB Sean Clifford to throw to on the field.  When Pat Friermuth was rumored to be leaving for the NFL Draft, Kuntz was considered by many to be the next man up.  Even with Friermuth on the team, Kuntz can see a bigger role emerging for himself.

The Nittany Lions open up the season on the road at Indiana.