Player with hearing loss overcomes challenge to be on basketball court 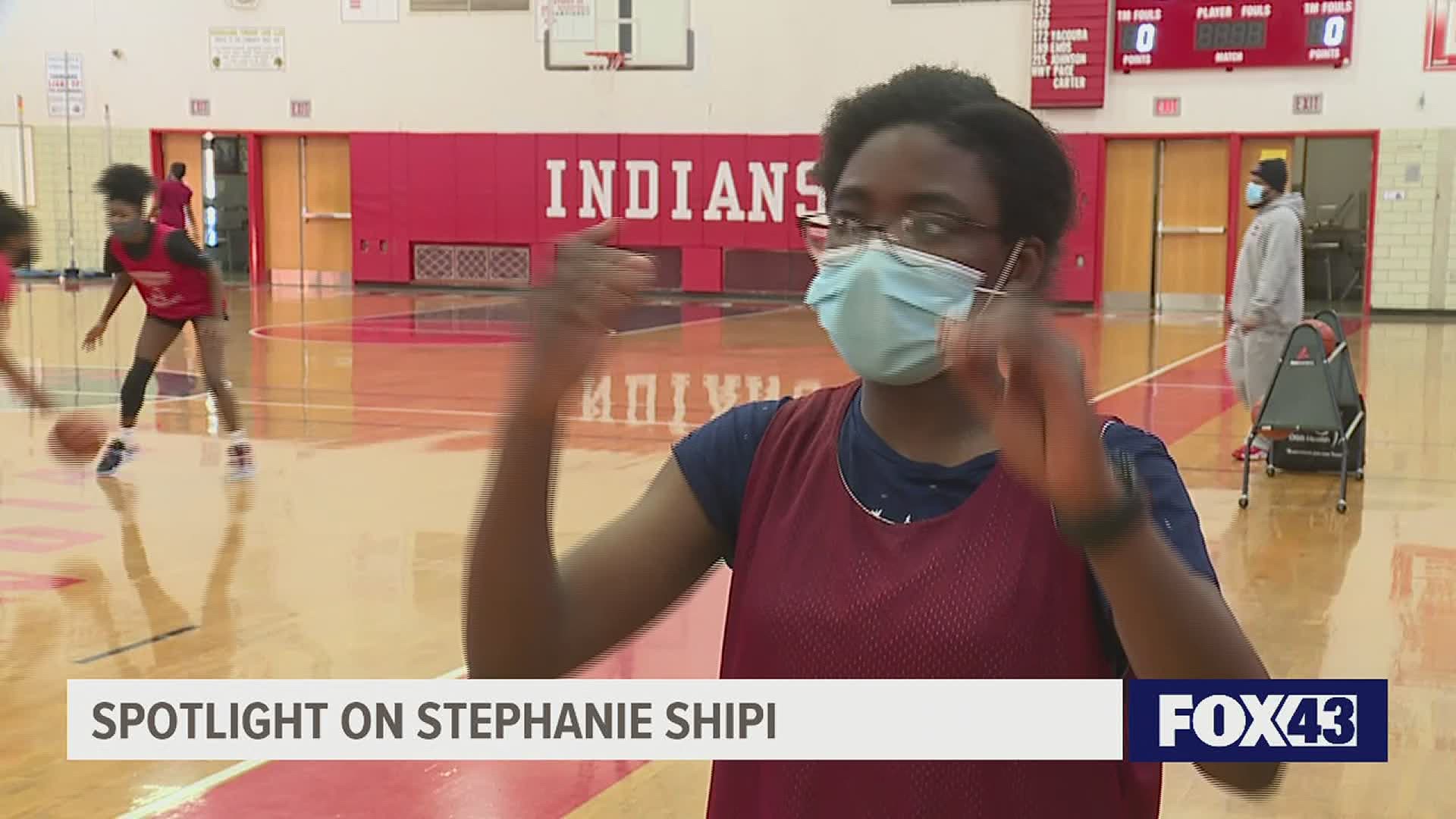 She might not be able to hear the whistle, the cheers or any other sounds of the game.  It doesn’t stop Shipi from playing basketball.  She was in 7th grade when she first stepped on the court to take on a new challenge, not knowing much about the game, just that her Dad was into basketball.  So, she did some research on the NBA and WNBA before joining the team.

“I didn’t have this overnight, all of a sudden, I have these skills kind of thing,“ explained Shipi.  “It’s been a very slow process and from the beginning I was nervous. My coaches are always trying to encourage me and tell me to think positively. Which is great. That helps me keep going. When I get positive affirmation from them, when they recognize that my skills are improving. I’m like oh, great. Thank you. So, it makes me want to keep going.”

Her positivity is everything.  Stephanie splits her time playing for JV and Varsity and when she’s not she’s Hanna’s biggest fan.  A year before joining the team, Stephanie teamed up with Walker – they’ve been inseparable ever since.

“She’s one of those people who has a spark about her so you really can’t help but like her or enjoy being around her. She’s always smiling, laughing and upbeat,” Walker admired.

Whether flagging her down on the sidelines or being there to make sure she understands the play, Shipi is there to learn but it’s been more of a challenge this year.

“You know, before COVID or masks, life was a bit easier to get through,” said Shipi.  “I can’t read everything everyone says on their mouth but it does definitely help me pick up some things that they’re saying.  With masks, it’s tough. If I have an interpreter there, but if I don’t I know your mouth is moving but I’m deaf and we’re trying to figure things out. It’s been tough.”

Her determination and willingness to learn and come back day after day inspires others.

“The perseverance aspect of it has been an inspiration because she is always up for a challenge and she always rises to that challenge,” said JV Coach Tamaura Woodson. “She could have given up a long time ago but she didn’t.”