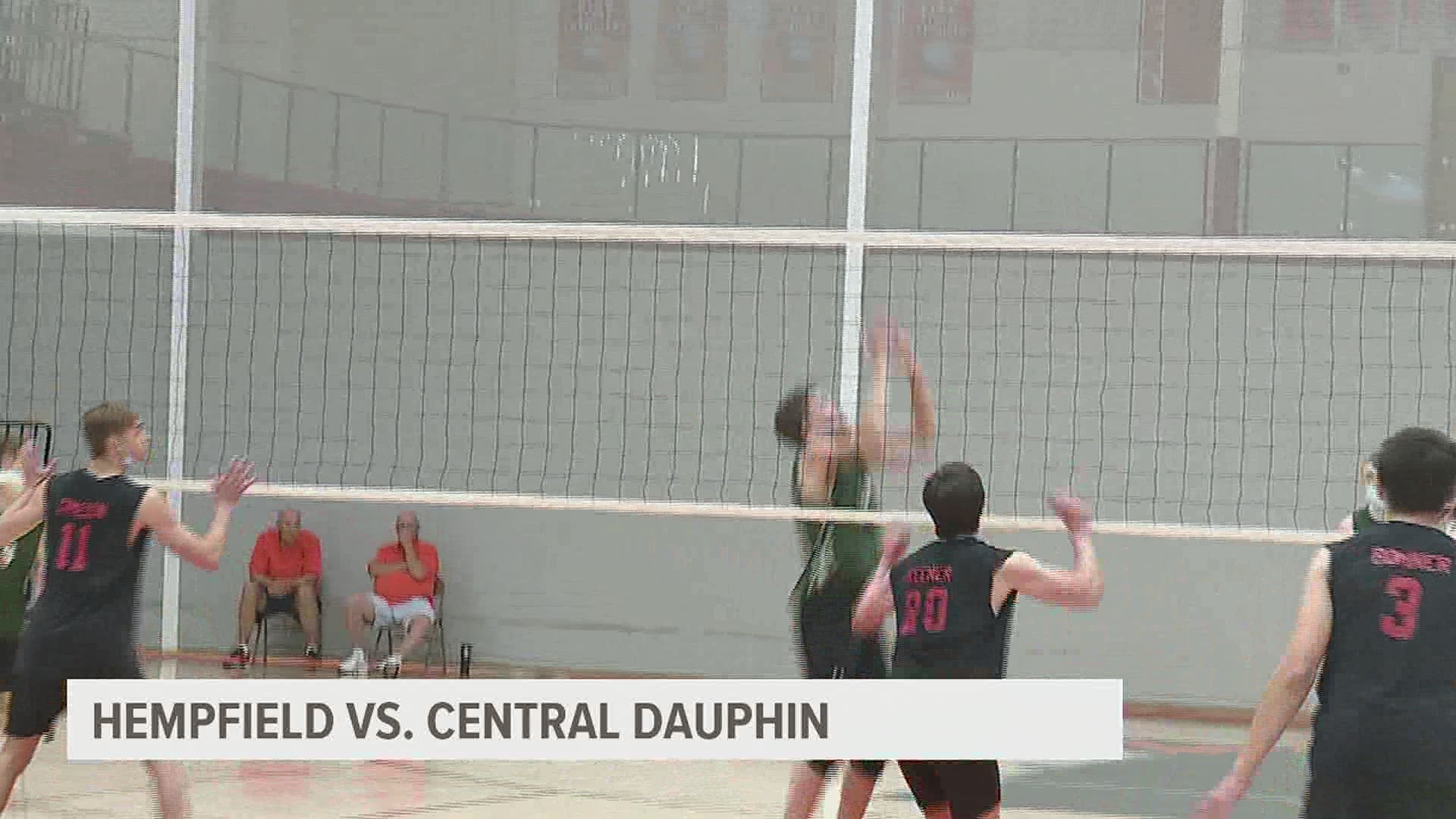 YORK COUNTY, Pa. — Josh Brenneman told his players before the game that Hempfield had already had their memory for the season when they rallied from a 2-0 deficit to beat Central Dauphin in the District III semifinals.  The Rams coach added that it was time for CD to make their own memory and eliminate the Black Knights in the PIAA semifinals.

Central Dauphin created a result they'll never forget when they defeated Hempfield in another five-set thriller to advance to the PIAA 3A Championship game on Saturday in Rec Hall at Penn State.

The Rams trailed 2-1 before they evened the match in the fourth set.  They trailed in the fifth and deciding set 9-5 before rallying to earn their spot in the final 15-12.

They will now face the top ranked team in the state North Allegheny who defeated Seneca Valley 3-0 to advance out of the western side of the bracket.  Match starts at 1:30pm on Saturday.

A second one will be tonight as well@FOX43Sports @fox43 pic.twitter.com/jxTL1BlHxT

In the 2A semifinals, Lower Dauphin continues their unblemished run in the state playoffs with another sweep, this time over Garden Spot in the opening game at Central York.  The Falcons are in the state championship for the first time after disposing of the Spartans.