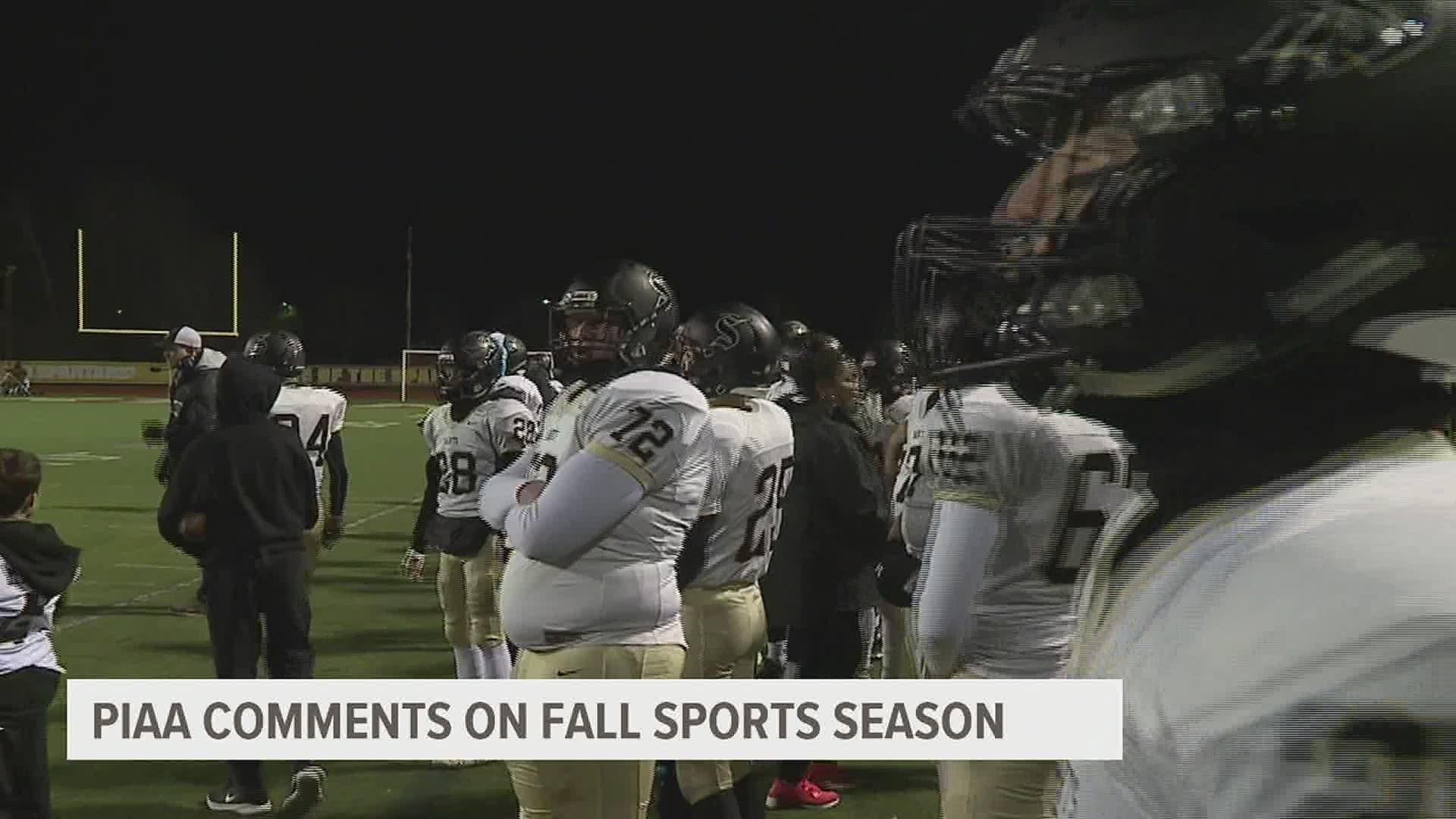 MECHANICSBURG, Pa. — During the PIAA monthly board meeting Wednesday Executive Director Bob Lombardi called the Dept. of Health's guidance on spectators helpful to schools especially regarding the sports of volleyball and water polo. The old limit of 25 people at indoor facilities was something the PIAA shared their thoughts on back in August.  Now that these new numbers have arrived it doesn't mean they are final going forward. In fact there is hope they can still rise.

"Yes we think it's a step in the right direction," Lombardi told a group of media members after the meeting concluded. He went on to say, "hopefully, if things go well maybe they will be modified better or looser lets say based on the size of the facility."

Right now the PIAA plans to use those spectator guidelines for the state championships.

Dr. Lombardi was asked if he felt the fall sports season has been a success so far and if the organization felt vindicated by naysayers who believed the the season should not take place.  He did not divulge any thoughts on people who doubted the season, even as some schools who initially opted out of sports like Harrisburg have opted back in. But he did touch on the success of the season.

"Yes, we have had some glitches in the road but I think if you look at take 575 schools playing football, that isn't a big number that have had glitches. Or if you take over 600 schools playing soccer, there isn't a lot of glitches."

Lombardi went on to reap praise on schools for doing a good job and working their plans when it comes to preventing COVID-19 outbreaks.

"But when something does happen, I think the schools have been responsible to close down and follow their health and safety plans which is vital."

Two of those schools would be Annville-Cleona and Peque Valley who just postponed this Friday nights football contest.

As for winter sports right now the plan remains for competitions to start on December 11th . Lombardi says there is plenty of work ahead to get to that point.