The Philadelphia 76ers had their game called off Sunday because of coronavirus concerns. 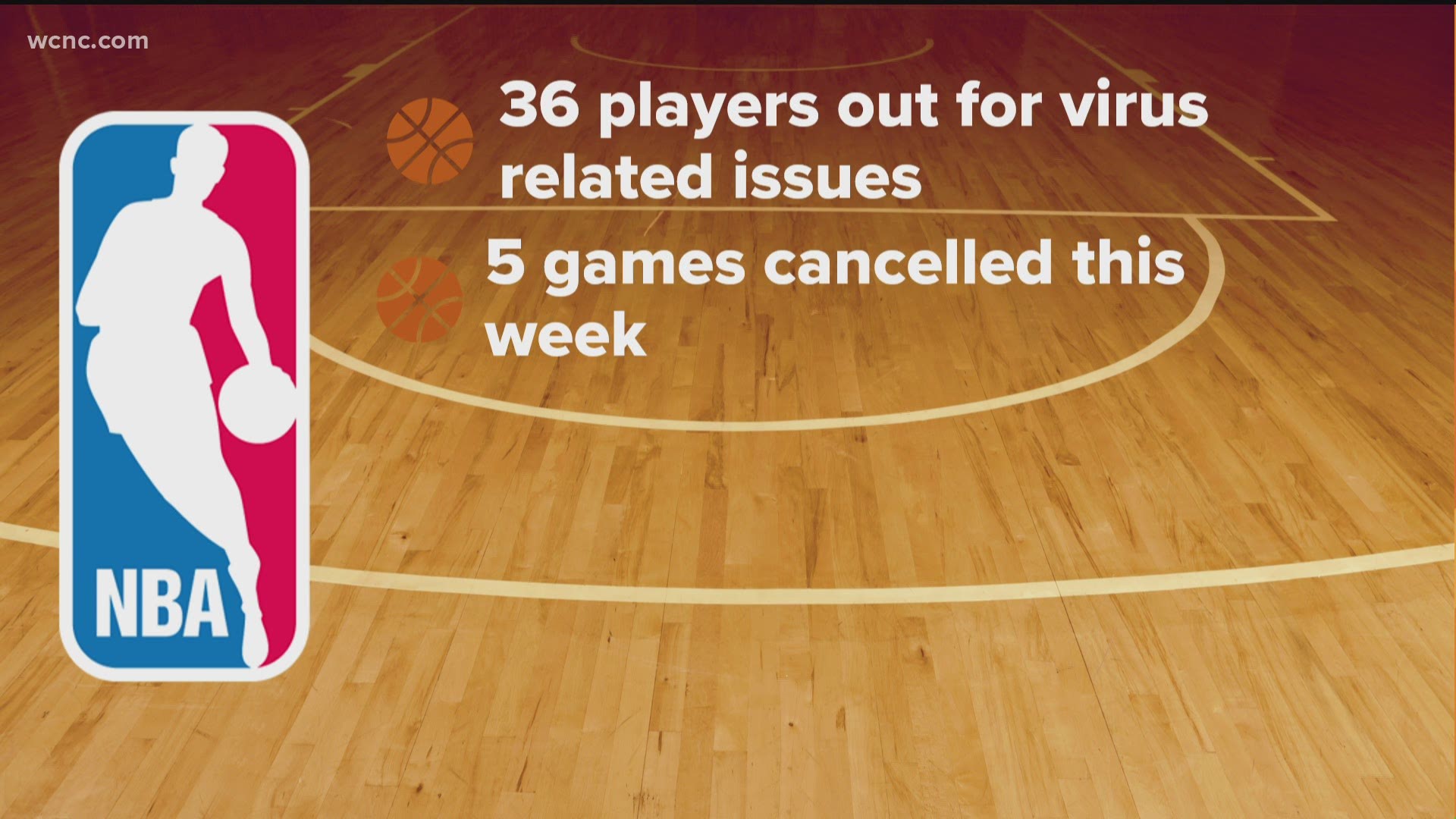 OKLAHOMA CITY — Editor's note: The above video is from January 13.

Another NBA game was called off Sunday because of coronavirus concerns, and the Memphis Grizzlies said center Jonas Valanciunas will not play in their game Monday because of the league’s health and safety protocols.

The NBA said the Philadelphia at Oklahoma City game, scheduled for Sunday night, could not be played because the 76ers did not “have the league-required eight available players to proceed” because of contact tracing.

It was the 13th game called off since Jan. 10 because of virus issues.