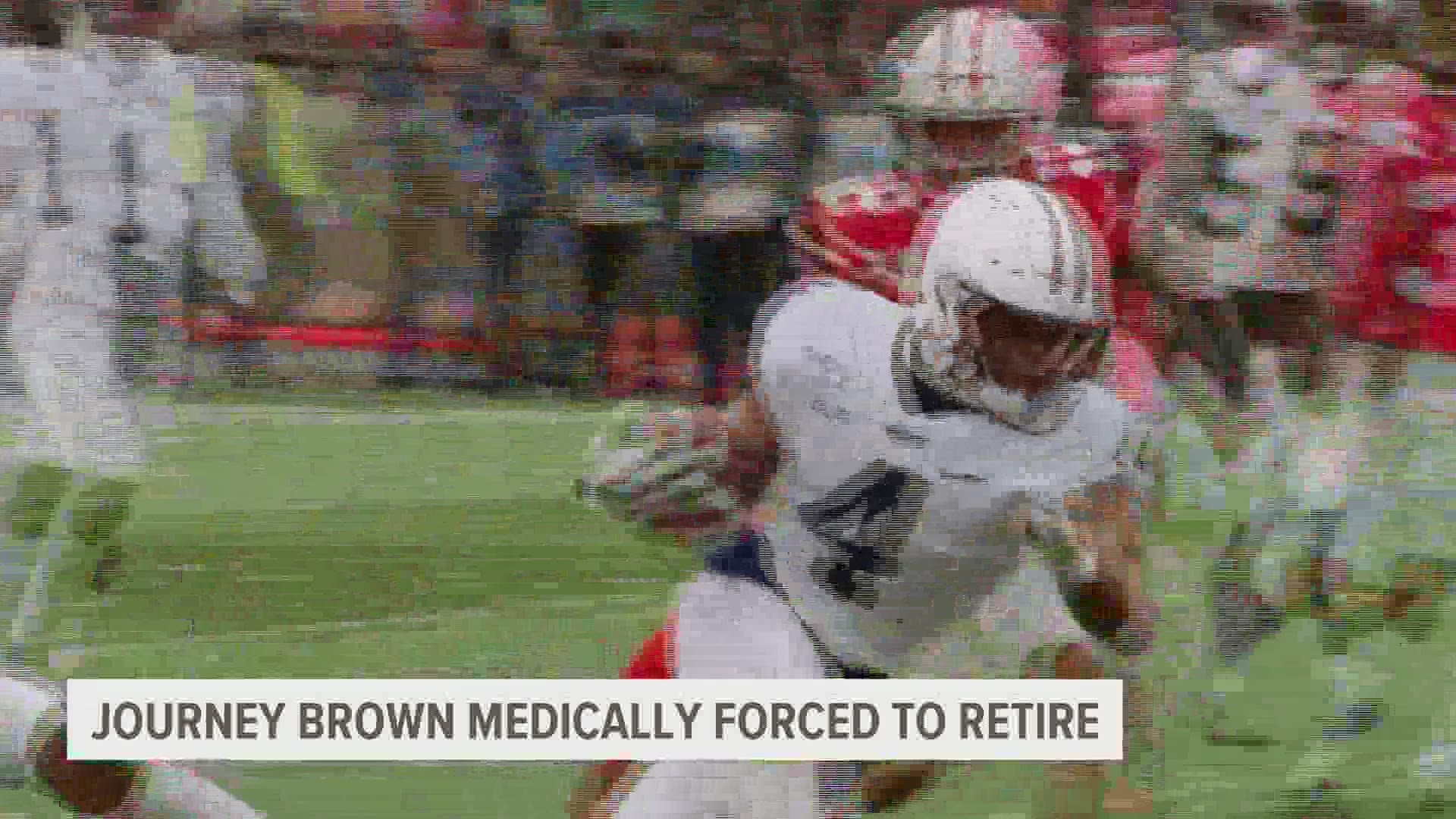 Coach Franklin revealed the nature of the medical condition that has sidelined the starting running back all season.  Brown has a heart condition called hypertrophic cardiomyopathy.  It was discovered during routine COVID-19 testing but is unrelated to the virus.

Brown released a statement on his Twitter account that discusses his love for the game.  He says he wishes he could step out onto the field one final time but that he won't miss the game because it will always be part of him.  Brown earned the starting role in 2019 and racked up over 1,000 yards from scrimmage along with 13 touchdowns.

I didn’t even expect to make it this far but it’s about Journey, not the destination. #HLM #SIAM pic.twitter.com/nbQrIsjXzY

From Penn State Athletics - Brown finishes his career with the Nittany Lions having played 22 games, rushing for 934 yards on 137 attempts (6.8 average) and 13 touchdowns. He was on the 2020 Doak Walker, Hornung and Maxwell Award preseason watch lists. In the final five games of his career, he ran for 593 yards on 78 carries (7.6) with seven touchdowns.

Brown averaged 6.89 yards per carry in 2019 for the Nittany Lions, ranking fifth all-time at Penn State, while his 12 rushing touchdowns finished tied for 13th at PSU. Brown had a career-long 85-yard run vs. Pittsburgh (9/14/19), the second-longest non-scoring run in program history (Blair Thomas 92-yard run vs. Syracuse, 1986).