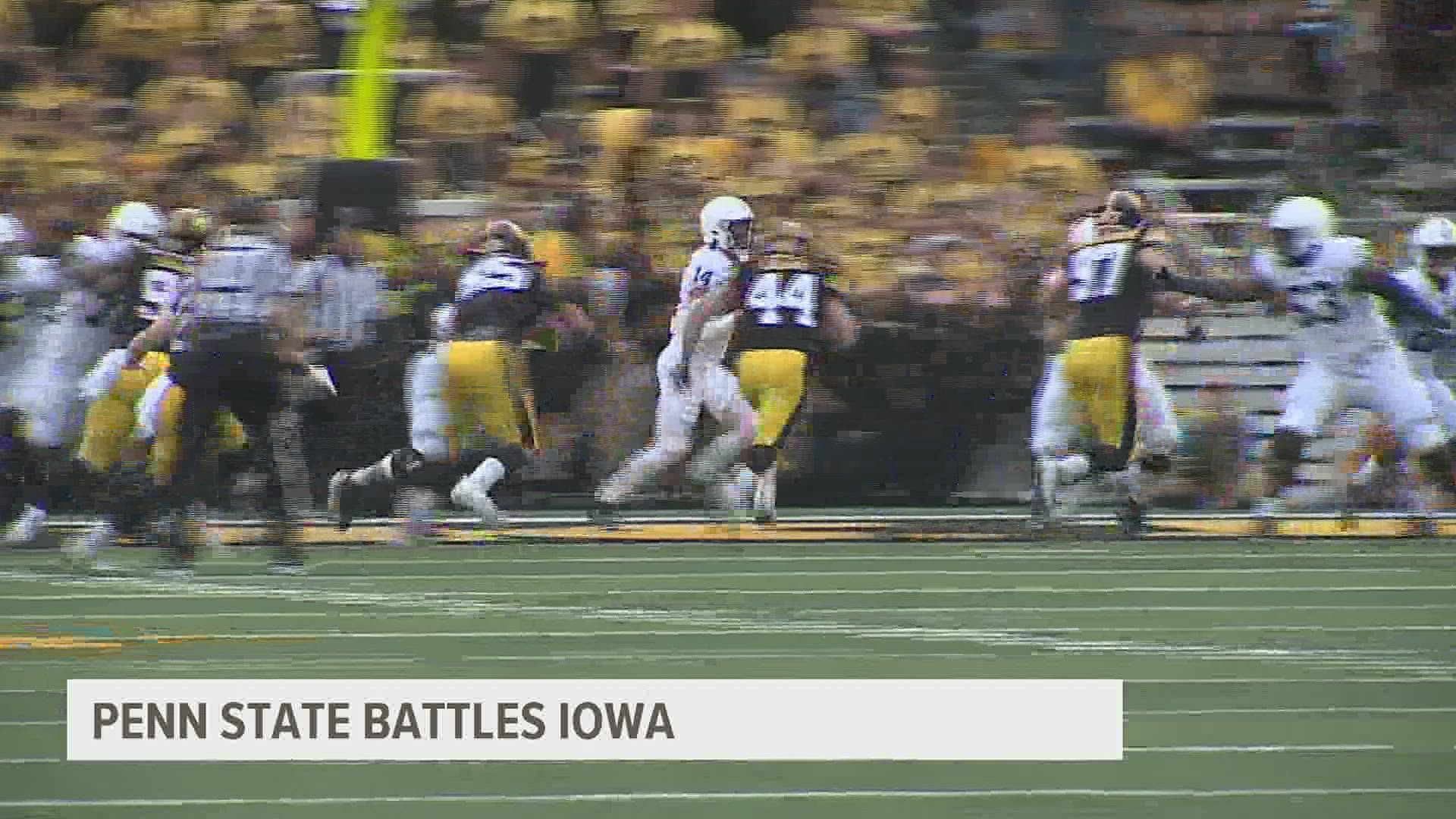 IOWA CITY, Iowa — After Penn State quarterback Sean Clifford goes out in the second quarter with an injury, the Nittany Lions go cold in Iowa City and lose to the 3rd ranked Hawkeyes 23-20.  Backup QB Taquan Roberson was ineffective in the second half and the entire offense was completely out of sync with multiple false starts that continuously put them in long-yardage situations.

Penn State jumped out to a comfortable 17-3 lead with Clifford in the lineup. Once he was knocked out of the game with a hard hit, the Lions seemed woozy on the offensive side of the ball.  No rhythm, no consistent attack, and no excuse for all of the miscommunication on the cadence.

The Nittany Lions fall to 5-1 on the season and now have a bye week before hosting Illinois at Beaver Stadium on Saturday, October 23rd.

FOX43's Andrew Kalista and Lyndsay Barna were in Iowa City for the game. The videos attached to this story are part of their coverage of the game that aired on FOX. 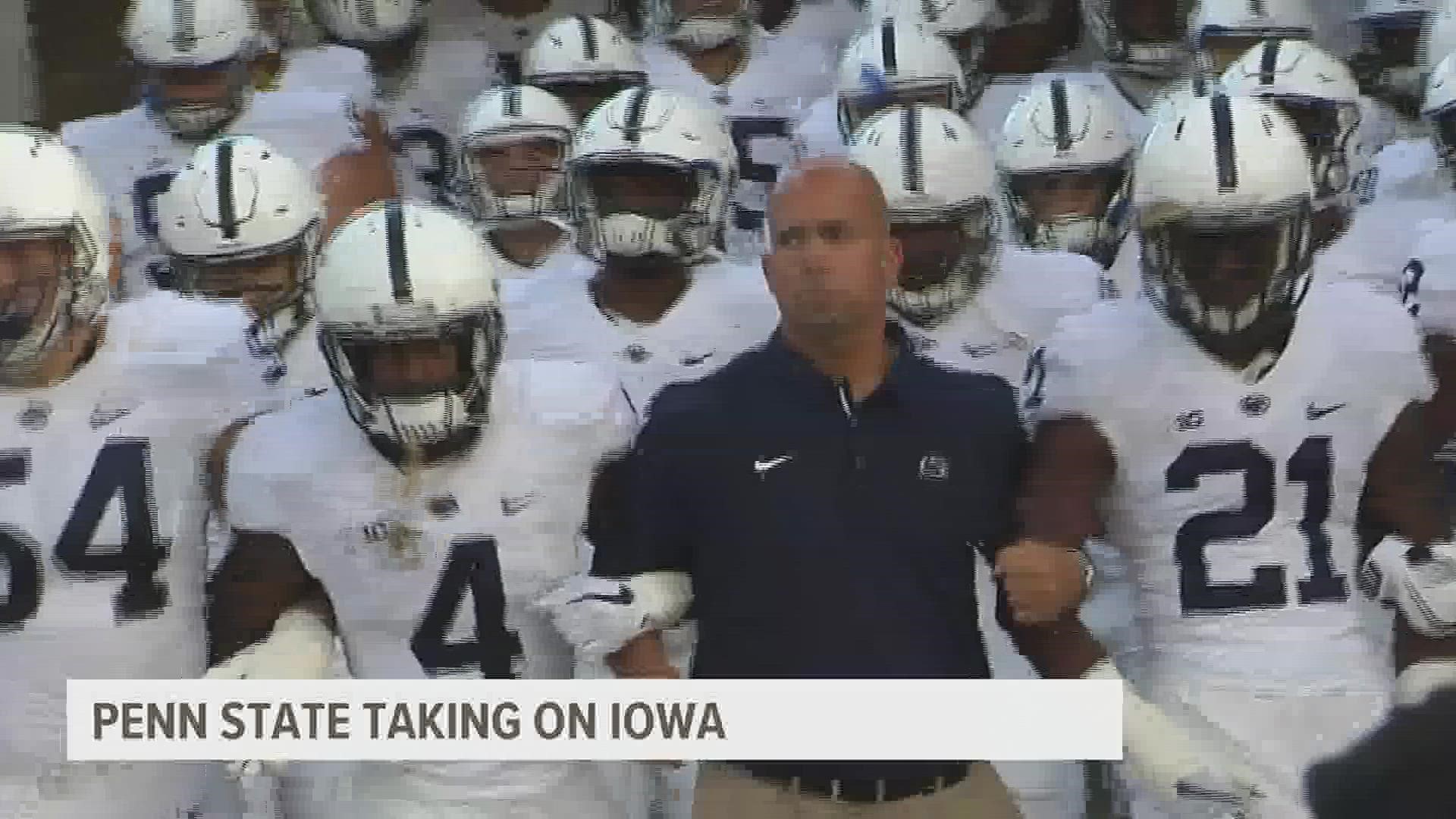 RELATED: No. 4 Penn State takes on No. 3 Iowa in huge Big Ten showdown Saturday; here's what you need to know