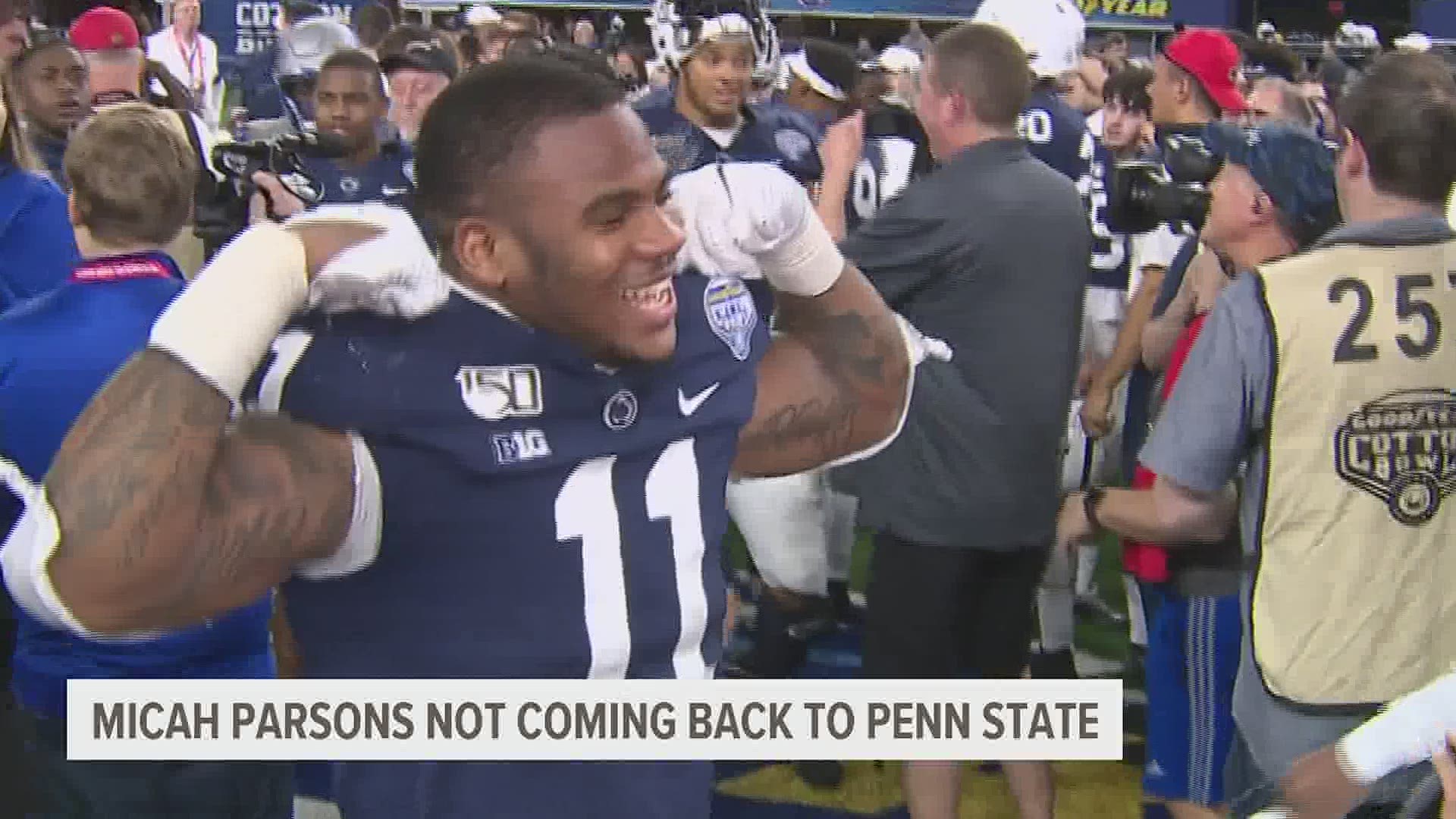 STATE COLLEGE, Pa. — Penn State Head Coach James Franklin described it as a "legitimate possibility" but ultimately the timing didn't work out for Harrisburg's Micah Parsons to return to the Nittany Lions.  The All-American Linebacker would have been a junior for the team but he opted out for the season soon after the Big Ten Conference announced they were postponing the fall sports season.

Coach Franklin indicated that Parsons is training for the NFL in California and that he had been gone a long time from the program, making it a more challenging situation to work through to come back.

Defensive Coordinator Brent Pry was asked how close Parsons was to returning.  "It was a very tough decision, I'll say that.  Micah was pretty torn, it drug on a few days before things were official.  There were a lot of conversations and obviously, I think you guys know how I feel about Micah, the support and I'm only wishing him the best.  I'm thankful for what he did, it was awesome seeing him play for the Blue and White and for what he did for this defense and for this team and for this football community."

Parsons is projected as a high first-round pick in the 2021 NFL Draft.