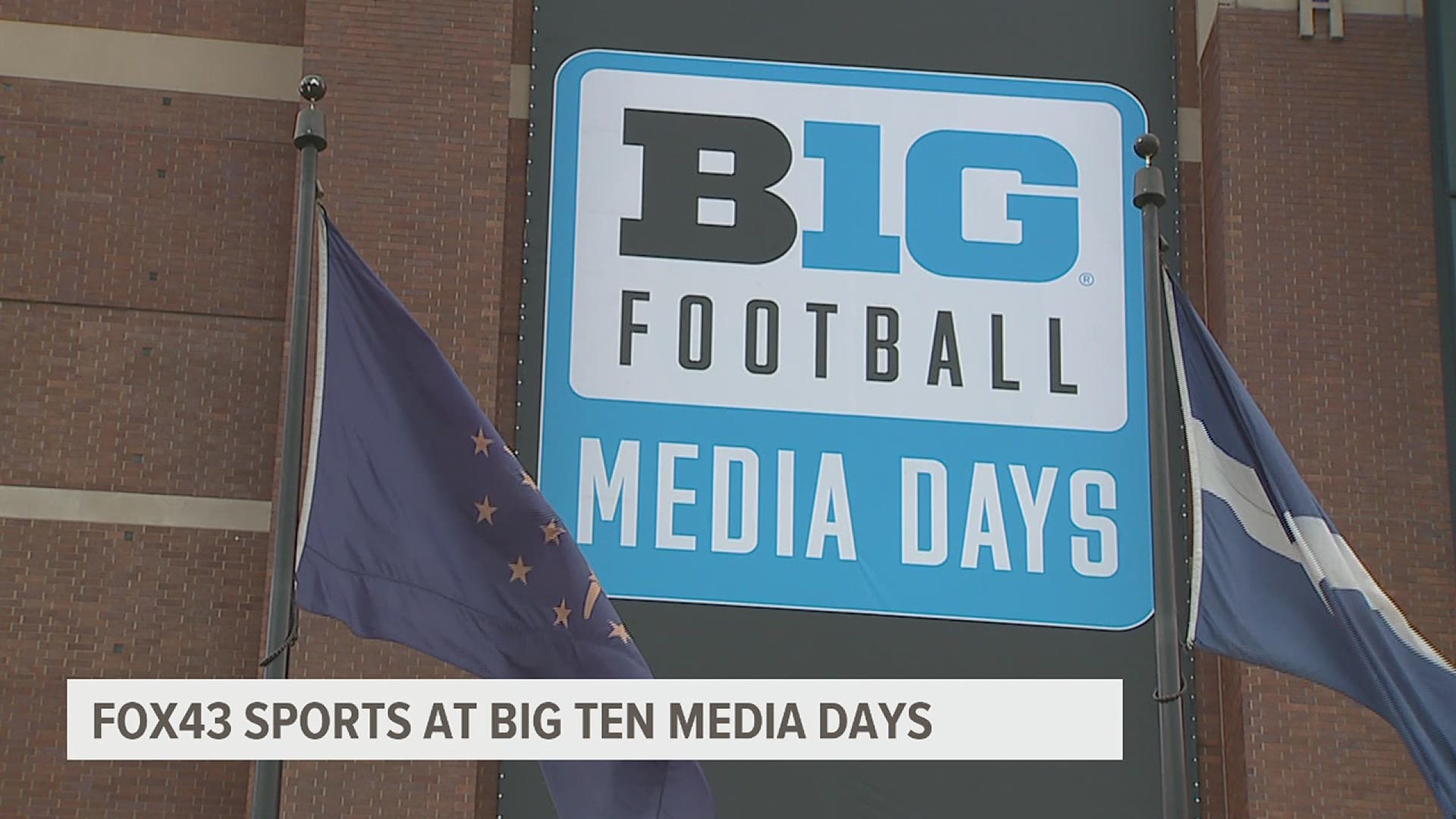 Made it to Indy for @B1Gfootball Media Days at Lucas Oil Stadium .. would have been 30 mins earlier but @Cawley_TV stumbled upon a @Cinnabon on the way!! @fox43 @FOX43Sports pic.twitter.com/b83DmEccdf

Quarterback Sean Cifford scoring a touchdown for Penn State is worth six points and now could lead to some extra dollars in his pocket.  Lucas Oil Stadium in Indianapolis is the site of the two day question and answer fest. The big change everyone is talking about is player compensation and the new ways they can earn some income.

For a high-profile QB like Clifford, it means an opportunity to earn some serious coin.  Not sure his earnings will reach the level of Alabama's Bryce Young.  Crimson Tide Head Coach Nick Saban said this week that Young’s close to seven figures with his side hustles already and he hasn’t even been named the starter.

Another story line up for debate, expanding the college football playoffs.

Clemson’s top dog knows a thing or two about the playoffs. They have no trouble making it into the top four.  12 is the number being thrown around the most and if there is future expansion, that opens it up for teams like the Nittany Lions who’ve been knocking on the door.