Comets trailed in both semifinals and finals match-up, Northern Lebanon is clutch in semifinal victory 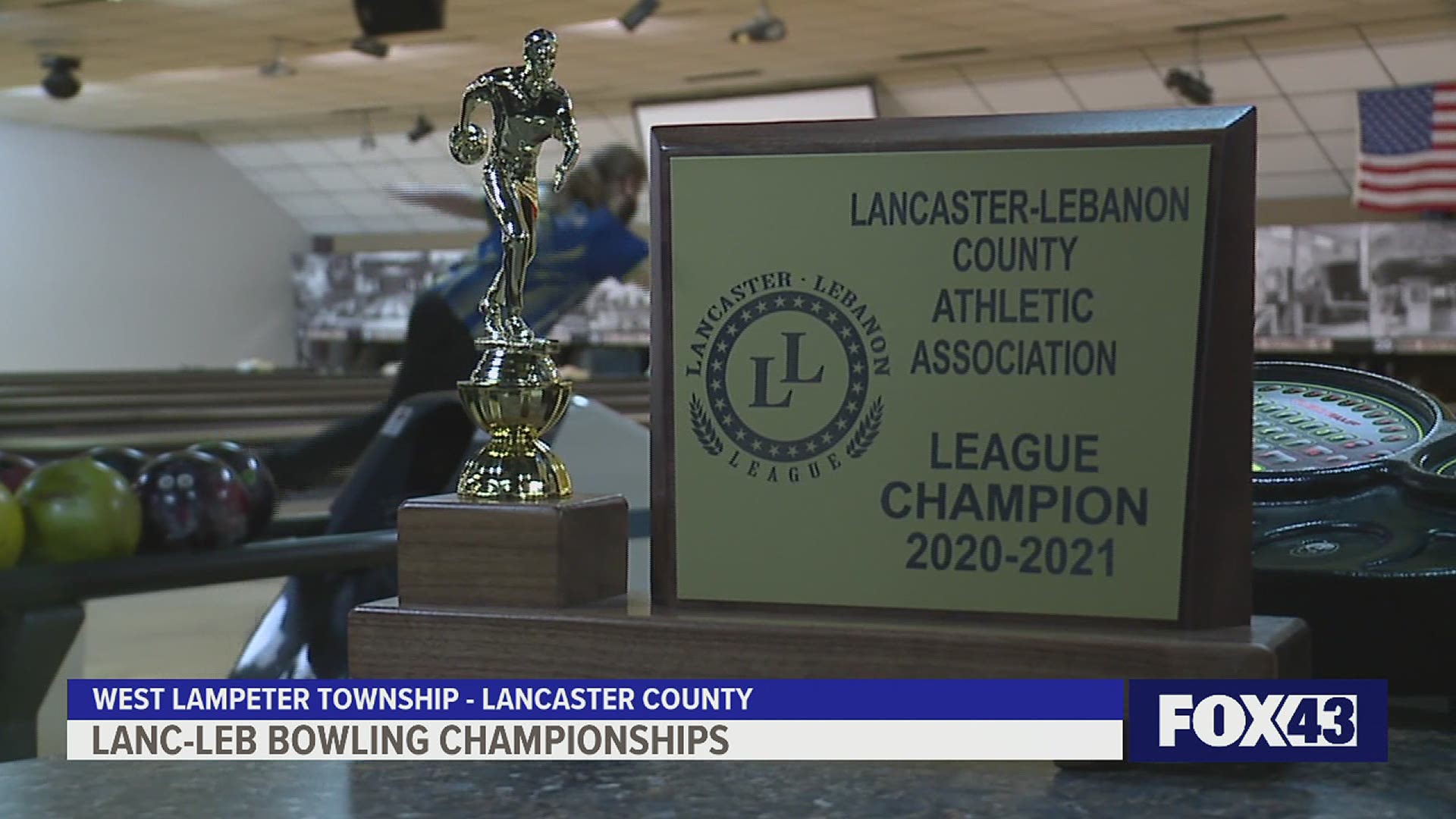 LANCASTER, Pa. — Wednesday it was time to hit the lanes and hand out some hardware in the Lancaster-Lebanon League. As the bowling championships made their way Rocky Springs Entertainment Center.

In the semifinals, Section I champion Penn Manor squared off against Section II champion Elizabethtown.

In game number two Penn Manor's Eva Brubaker came on as a sub and in her final frame came through in a big way, throwing three straight strikes to close sparking a come back victory 931-909.

“After getting those three strikes it boosted my confidence and afterwards I knew my teammates were going to pull through after my strikes," said Brubaker

"I knew we were going to win this!”

The freshman was right belting out roars as her teammates continued to bowl well.

Behind Charlie Hull's match high 220 for the team, Comets anchor Delaney Reitnauer was able to close out game three and advance to the finals posting a 4-2 victory.

In the other other semifinal it was Cocalico out of Section III and Northern Lebanon from Section IV.

The Eagles' spirits were high after nipping the Vikings by two pins in the opener 908-906. Chris Quadardella bowled a team high 190 for Cocalico.

But the Vikings took over in game two. Morgan Kline ended a lot of frames with a fist pump and smile as she rolled a 196.  Fred Staley was cool, calm and collected on his way to a 239.  The leagues top female bowler Aliza Shirk made it look easy with a 254 to force a deciding game three.

In the rubber match it was Kline who led the way for the Vikings with a 200, but this one would come down to the final frame.

Aliza Shirk stepped to the line needing a strike to set up a win and then six more pins to make it official. The senior leader did just that.

"(You) Stay calm, and execute the shot and as long as you execute it should be all right," Shirk said with a smile afterwards.  "You try to throw the best shot you could and I did and it struck."

On to the finals Northern Lebanon got the jump on Penn Manor behind Fred Staley who again put up a game high 237 as the Vikings took game one.

If you noticed one thing winning game one wasn't all good on this day.  As they did in the semifinals Penn Manor found their rhythm. Down early in the game they came alive. Lacey Slaymaker and Brubaker combined for a 192.  Zach Carroll and Josh Stock combined for a 178 with Stock providing a spark late with some hammers. But it was the Comets lightning rod Derek Warfel who paced the group not only with his excitement and energy but also his throws with a game high 199.

"To make those last minute pushes, the team that comes alive late in these matches is the one that wins the match."

Would that be the case over the final ten frames?

As the lane conditions began to change Northern Lebanon flow seemed to hit a few bumps while on the other side Penn Manor seemed to find strikes at will.

As gold medals were draped around their necks and the trophy presented, the victory seemed not only to be one of excitement but also relief for Penn Manor's lone senior Reitnauer.

“I was just hoping and praying because I have faith in these guys we have been through a lot the past few years," she said.

"I just knew we would be able to pull it out!”