Lightning becomes the first team from Penn FC to win a title. 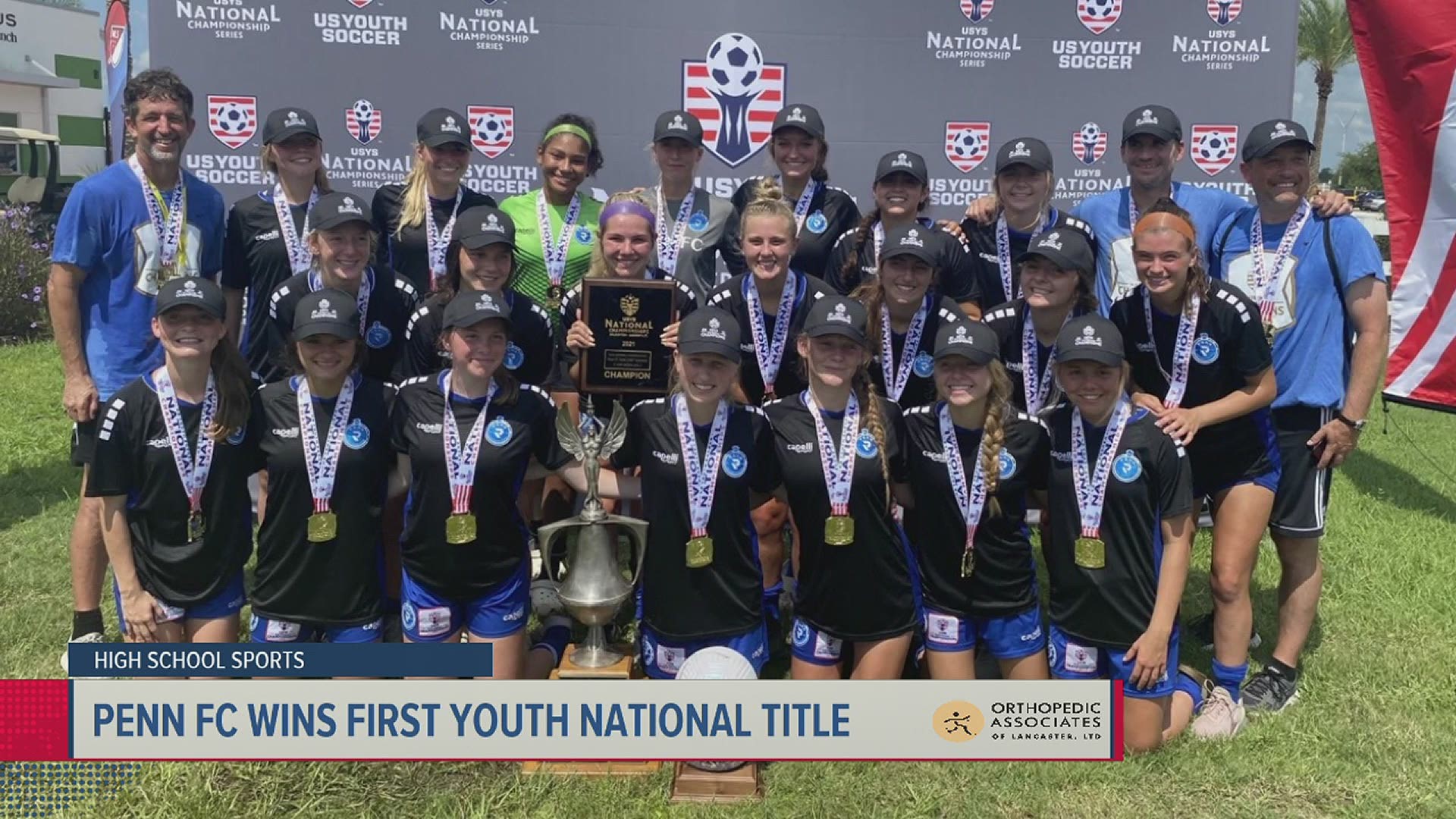 BRADENTON, Fla. — A team made up of players from different schools, around Central PA, had one goal in mind, a national championship.

Penn FC’s U18 (2004) team were hopeful of bringing back a national title to the Keystone State. If the lightning should win, they would be the first team from Pa to do so.

Teams from all across the United States flocked to the Sunshine State for the Youth Soccer National Championships.

“Hearing teams from California and Utah and I’m like whoa. That’s so cool and it’s funny because when people ask us where we are, we’re like Hershey/Hummelstown area and they’re like Hershey Park or something and they’ll just laugh," said Jamie Swartz, Penn FC right wing/defensive back (Lower Dauphin senior).

To get to this point, the lightning won the state cup, won the regional tournament and now, these 16 and 17-year-olds have a chance at the Youth National Title.

But it's the local talent that is coming in clutch to help keep the teams nationals hopes alive. Liza Suydam scored a goal from beyond the goalie box, in extra time, to help the lightning tie the game and be able to move on.

“I was just really glad because we had the ball the whole game. I was just frustrating that we weren’t scoring and when we finally got a goal, it was just relief but also super excited and it hear all our parents cheering. It was just great," said Liza Suydam, Penn FC center midfielder (Manheim Township junior).

The team spends a moment together before each game. I doesn't matter if they are trailing or leading, the team is always there for one another.

“We do a prayer in the beginning where we huddle in a circle, just all relax and just play our game," said Alex Murphy, Penn FC wing/forward (Central Dauphin senior).

“If we play our game and our strategy, I feel like we will win it," said Jamie.

The team knew what strategy to take. The lightning go 2-0-1 in Florida to win their first Youth National Title. To win the title, they beat the Utah Celtic 2-0.