The World of Outlaws rolled into town for the first time in 2020. 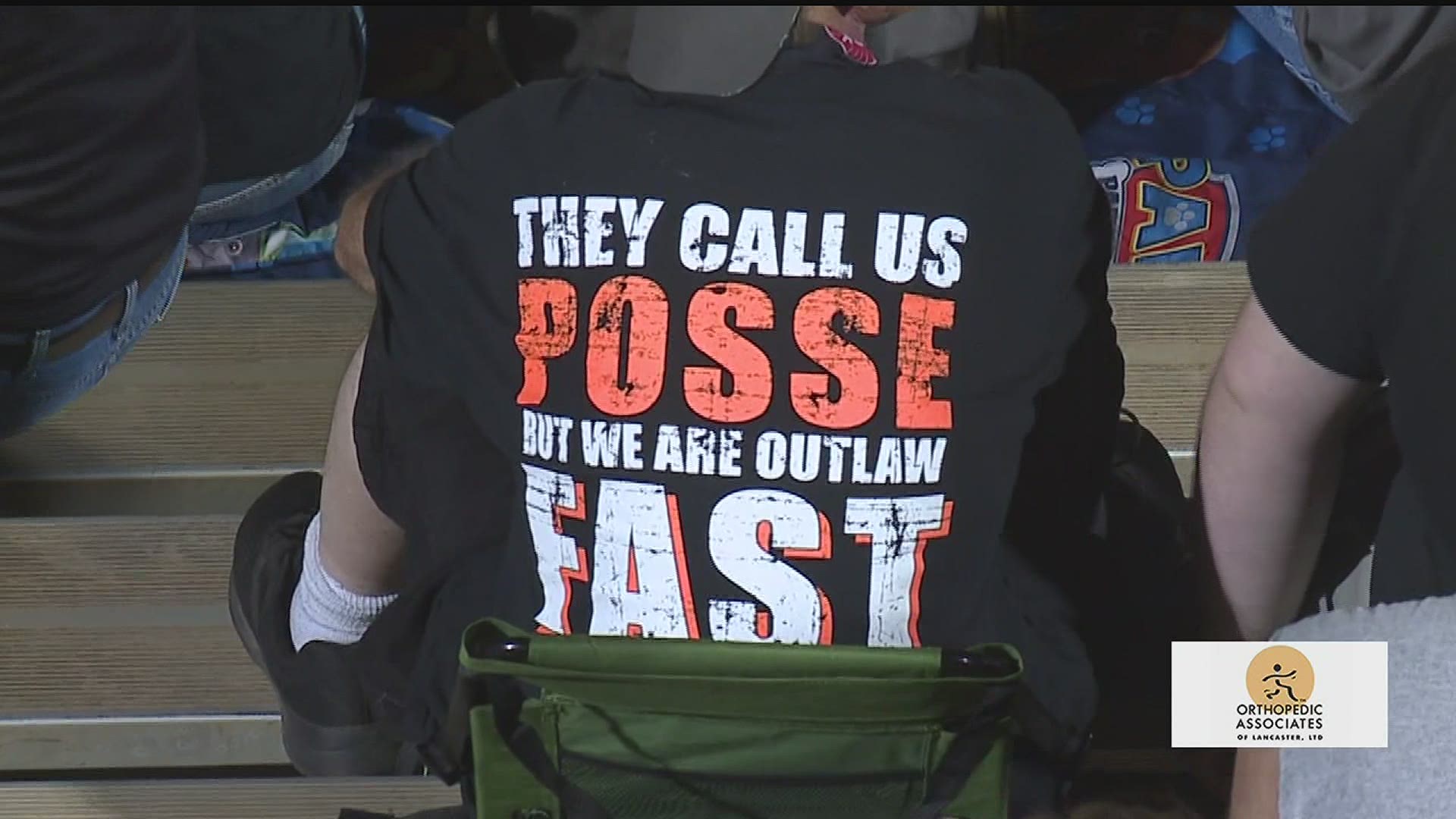 Thursday night at Lincoln Speedway for the Gettysburg Clash kicked off a three day stretch of the World of Outlaws verses the Pa Posse. The swing started in western PA at Lernerville. Donny Schatz won the first race of four races in PA.

Outlaw Sheldon Haudenschild won the dash and started on the pole of the feature.

Shark Racing's Jacob Allen passed Haudenschild to lead the first lap but on lap 16, Haudenschild got a run on Allen to regain the lead.

“It’s tough here. You don’t know what these guys are doing. You have all the outlaw guys who are ripping and all the local guys. So, you know to race with Jacob was really cool to be a hometown guy and have the hometown dudes two and three on the podium was pretty cool," said Haudenschild.

Night number two, they relocate to Williams Grove for two nights of action to crown a Summer National's champion.

"It's good to be racing with the Outlaws. Good to be home and get in front of your sponsors and all your fans around here. Obviously, the way the world has been going. We haven't been able to race at home much. So, you try to take as much as you can throughout the night and take it to the next night but every night is different," said Brock Zearfoss, driver #3Z.

The Jonestown Jet stepped away from full-time All-Star driver to be a true outlaw driver, racing whatever and wherever he can.

Obviously, he's no stranger to the Grove, Lance Dewease still searching for that 100th win. He set the quicktime and won heat number one.

Anthony Macri started on the pole of the Fast Pass Dash but it doesn't take long for Shane Stewart to jet to the lead. Stewart never looked back. Won the dash and landed himself on the front row for the A-Main.

Stewart lead every single lap of the feature to take the first night of the Summer Nationals.

“I felt like we came here with a pretty good package setup wise and right out of the gate we were pretty quick. I figured if we ran up front, enough, we were able to pick up a win sooner rather than later," said Stewart.

Zearfoss got the luck of the pill draw to start on the pole of dash but Donny Schatz quickly moved into the lead.

Schatz is on the pole of the A-Main with David Gravel to his outside. Gravel took the lead away from Schatz in turns one and two.

So many cautions helped Gravel not have to fight off lap traffic. The race only finished with 15 cars on the lead lap. Gravel wins the final night and is crowned the Summer Nationals Champion. He pulled away from his idol, Dewease to take the checkered flag and the $20,000 check.

“You know, Lance was probably my first favorite driver, as a sprint car driver growing up. I have a lot of respect for him and we’ve raced all together over my career and luckily we make it a normal thing to win at Williams Grove," said Gravel.