Three Pennsylvania drivers finish in the top 10 in the first World of Outlaws iRacing Invitational. 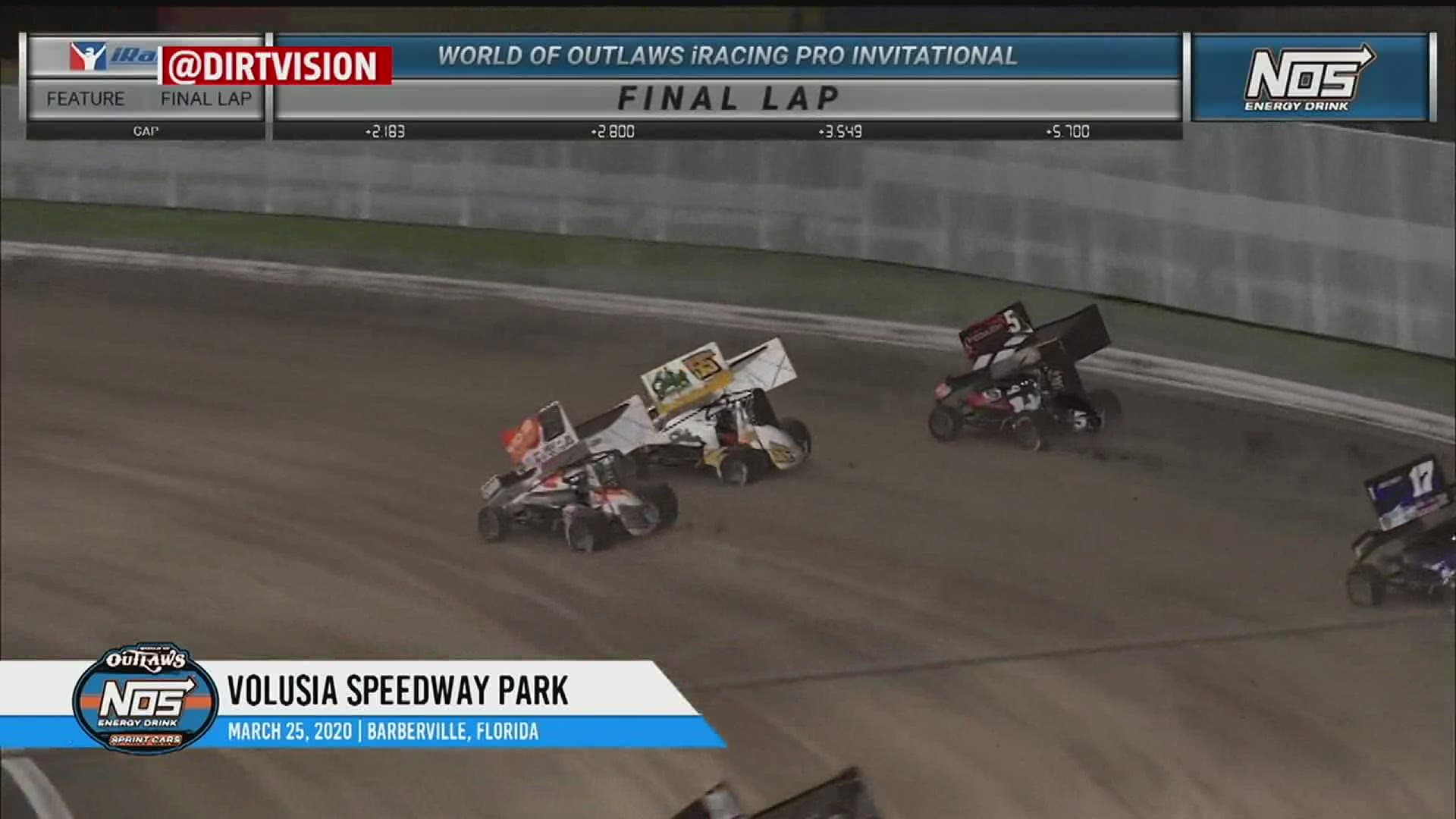 YORK, Pa. — Without local racing around local dirt tracks, drivers are eager jump in a race car and go racing.

The World of Outlaws started the season at Volusia Speedway Park. So, it was fitting for iRacing to also get it's start.

Three Posse drivers finished in the top 10. Wagaman, Jr. started dead last in the E-Main. He worked his way, through the alphabet, to finish eighth in the A-Main. Should have won the "Hard Charger" award but he's just happy he got to race in field of great drivers.

“I was actually pretty neat,' said Wagaman. 'I was more nervous running that than a real car. Starting dead last with all them guys and just jumping into the server beforehand with Kyle Larson, Christopher Bell and all those guys on there.”

All eyes on another Posse driver, Robbie Kendall. He captures a heat race win then leads more than half of the A-Main.

On the restart, with three laps togo, Outlaw competitor Logan Seavey goes to the low side in turns one and two, to pass Kendall.

He then pulls away from the pack to win the $1,000 purse. Kendall finishes second, with another member of the Posse, Brett Michalski in third.

“Just to be able to race with those guys and put on a show for the fans and for anyone who’s stuck at home and doesn’t have a job,' said Kendall. 'To give them a little smile, or make them be happy for a little bit. It’s always a pleasure for us drivers to do something like that.”

The World of Outlaws plans to make this a weekly series, racing sprint cars and late models, switching every Wednesday.