'One Ship Votes' aims to increase voter registration among Raiders

Currently 76% of Shippensburg student athletes are registered to vote. 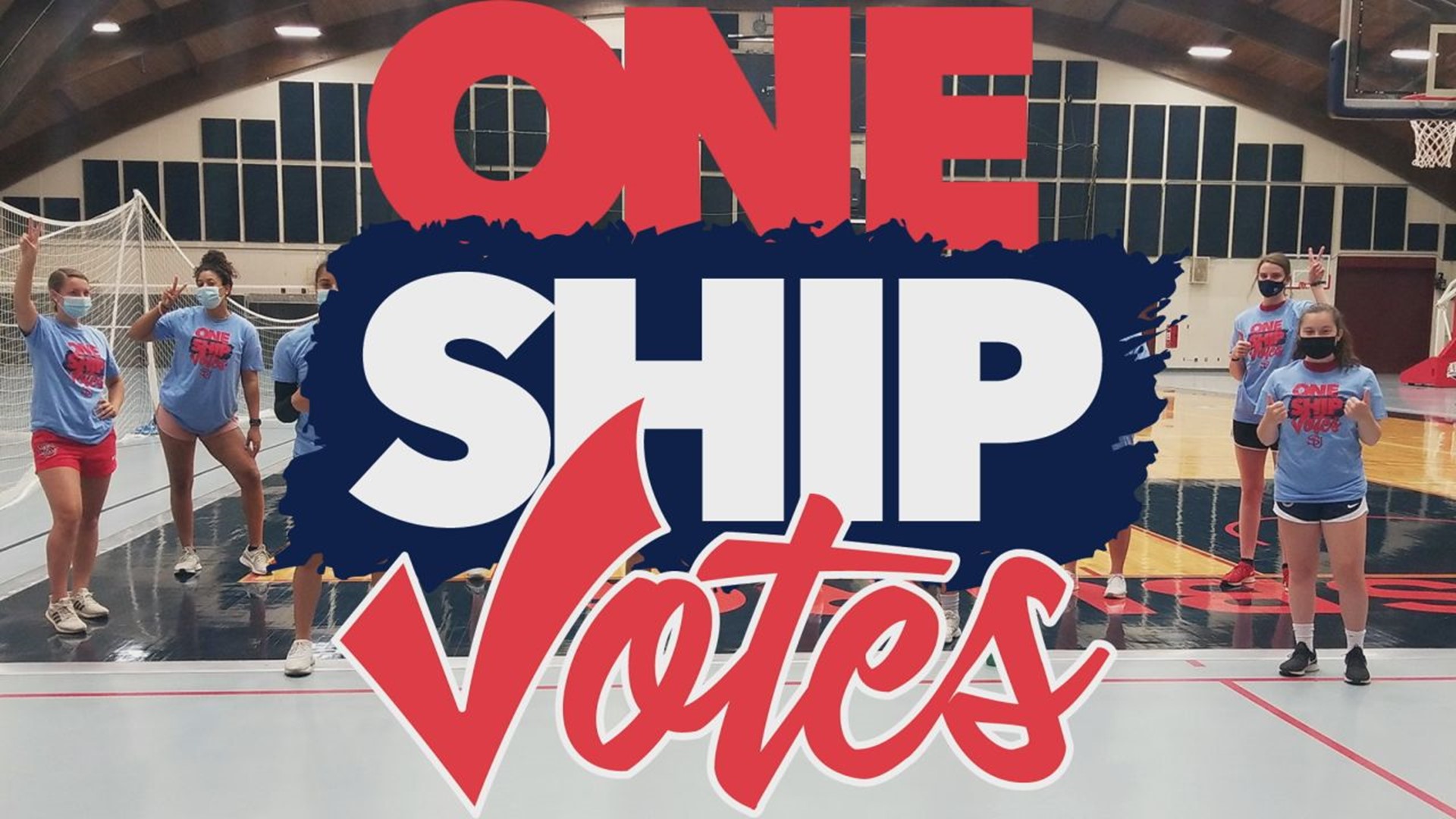 SHIPPENSBURG, Pa. — PSAC student athletes are keeping their fingers crossed for a winter sports season, but with more time on their hands than they're used to, there's a new competition that's heating up on the campus of Shippensburg University.

Many Raiders would love to be competing right now, but there's one way that all teams are going head-to-head.

"We don't have competitions right now, we don't have games, we don't have meets, so we thought, 'How many teams can we get 100% registered to vote?" recalled Student-Athlete Advisory Committee President Mike Lingard.

SHIP Votes is a non-partisan group made up of students, staff, and administrators at Shippensburg University, who have the goal of increasing voter registration on campus.  They've joined with the athletic department to create One Ship Votes.

"It's showing that our athletics department cares about us and they want us to be civically engaged.  They want us to be able to register to vote because it is an important thing to do," said Shippensburg Field Hockey sophomore Kristen Zellner.

"Come the next day, we had about three teams that were already at 100%, so it's, 'alright, this is a competition now.'  Everybody's on board and everybody is trying to get their teams to 100%," said Lingard.

If a team reaches the 100% registration rate, they even get a free t-shirt, and no matter your political party, there are some things everyone agrees on.

"As a student athlete, we all love free t-shirts," laughs Zellner.

Free shirts aside, the Raiders know how important elections are and each team has had a meeting with a SHIP Votes representative to answer any questions about the registration and voting process.

"We're all so young.  For most of us, this is our first presidential election," added Zellner.  "It's the first time for us to vote for people who we want to see in positions of power."

On campus, election day will be a mandatory off-day from athletics so student athletes who have registered will have the chance to vote in the general election.

"We don't have practice, we don't have lifts, we don't have anything," said Lingard.  "So we're just focused on everybody getting registered and on that day going out and getting your vote in."

As of Wednesday, 11 Shippensburg teams have reached the 100% mark, and 76% of all of Shippensburg student athletes.