Four District III divers combined for a pair of second place finishes, a third, and a fifth place medal. 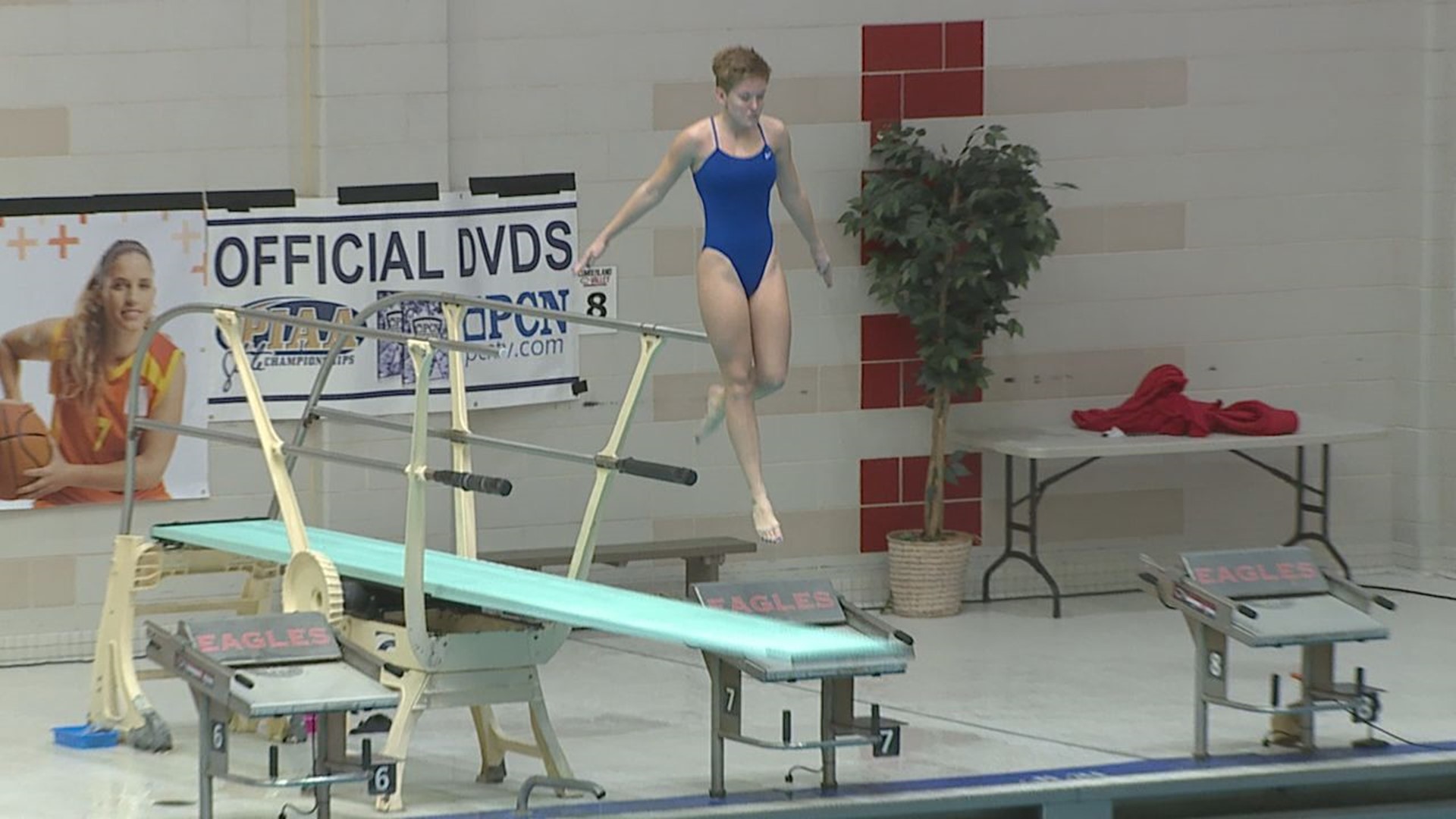 CUMBERLAND COUNTY, Pa. — From sun up to sun down on Saturday, the PIAA 2A and 3A diving state championships were held at Cumberland Valley High School, where four divers from District III were in contention.

The day started with 2A girls and that's where Susquehannock's McKenna Porter put on a show.  The sophomore's score of 315.40 was good enough for fifth place.

Her teammate Max Pflieger was up next.  The junior had a lot of pent up competition after COVID-19 washed out last year's state championships.  The Warrior tallied a score of 376.65 and the silver medal in 2A boys competition.

"I was just looking for all good dives, not really expecting anything out of my comfort zone.  I was just trying to do the best i can," recalled Pflieger.

Up to class 3A where Northeastern's Abby O'Leary, after four years, uses her last blast on the board to grab state runner-up finish as she earns the silver with a score of 425.85.

"My goal was to beat my seed," said O'Leary.  "I was seeded sixth so it was pretty astounding to get second."

Last but not least, Stephen Barlett of Northeastern finished third in the boys 3A championships with a score of  473.65, after a strong start to the evening.

O'Leary is the lone senior in the group of four divers.  The Bobcat will continue competing at the college level as she'll join the Towson University swimming and diving team in the fall.  Porter, Pflieger, and Barlett are all anxious to build on a stellar 2021 season.