FULL LIST: All of the ads that aired during Super Bowl LV

Just in case you missed one. 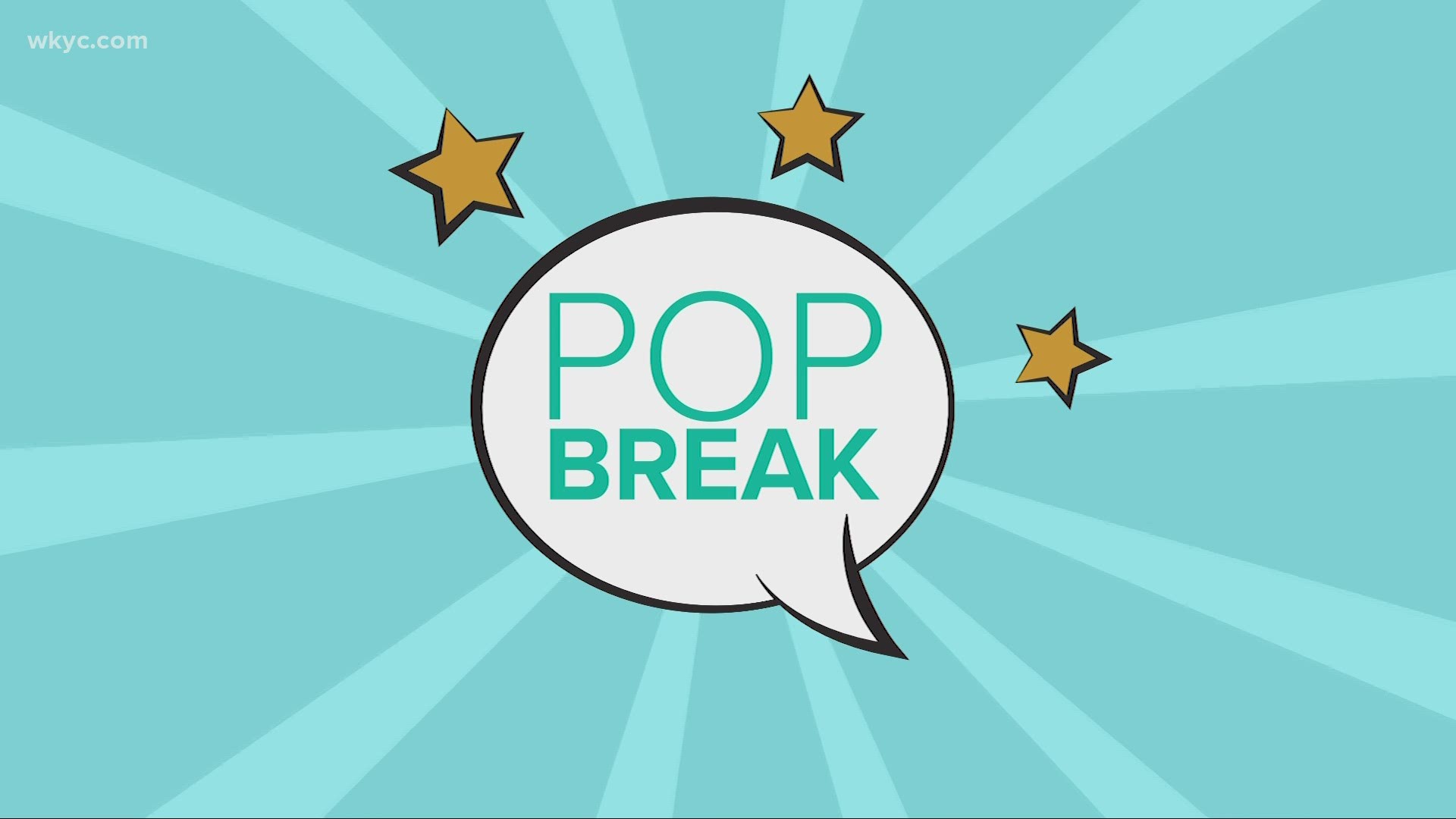 TAMPA, Fla. — On Sunday, despite the COVID-19 pandemic still raging, advertisers looked to the Super Bowl to provide a sense of normalcy for Americans.

Below, you will find a full list of all of the major advertisements that aired during Super Bowl LV on Sunday night.

Featuring "Schitt's Creek" star Dan Levy, M&M was one of the first companies to air a commercial during the big game on Sunday night. The ad focused on apologizing for things you've done wrong with none other than...M&M's.

RELATED: DoorDash debuts at Super Bowl with the help of Sesame Street

Disney Plus' "Falcon and the Winter Soldier"

In this latest addition to the Marvel Cinematic Universe, Bucky Barnes/The Winter Soldier (Sebastian Stan) teams up with Falcon (Anthony Mackie) to take on the world in a post-Captain America world.

In what could arguably be the most interesting ad of the game, viewers see a flat-Stanley like Matthew McConaughey looking to find something that will make him live in 3D. Also featuring "The Office" star Mindy Kaling and late-night comedian Jimmy Kimmel.

Will Ferrell embarks on a mission, along with Awkwafina (Crazy Rich Asians) and Kenan Thompson (Saturday Night Live), to hilariously show up Norway for out-performing the U.S. in electric car sales. #NoWayNorway

Astronauts are stranded at sea in this commercial featuring too many distracted Pringle-lovers who are unable to save the heroes because they are discovering how many different combinations of Pringles you can make.

Post Malone, Cedric the Entertainer, and Dr. Galakwiewicz get together to save the day after a Bud Light truck tips over on the side of a highway in this "Avengers: Endgame" parody.

RELATED: Bud Light brings back 'legends' to save the day in Super Bowl 55 ad

Can a burrito change the world? Chipotle explores that question in its Super Bowl LV ad.

John Cena and Mountain Dew are giving away $1 million to one Super Bowl viewer with a great set of eyes in this commercial. All you have to do? Count every single bottle of Mountain Dew and be the first person to tweet the correct number.

The job-finding website is helping to connect viewers with their new job after the tough year that was 2020. No matter your experience, Indeed's ad says it will help you find a job in the new year.

Go big or go home! Drake, Paul Rudd, Kansas City Chiefs' Patrick Mahomes, and Aaron Rodgers help "Jake from State Farm" film a meta commercial in this ad for the insurance bureau. It could just be the most talked-about commercial of the game.

It's raining lemons in this second ad of the night from Bud Light.

Martha Stewart and Leslie David Baker (The Office) team up to advertise for this lawn and garden-care product. Plus, in an unexpected twist, John Travolta and his daughter film a dancing TikTok on his Baker's lawn.

"To the max!" Tony Romo and Candice Romo go all-out in this ad for the sneaker and lifestyle shoe brand.

WeatherTech reminds viewers that they don't only make floor mats for cars in their 30-second Super Bowl commercial.

Tracy Jordan (30 Rock), Dave Bautista (Guardians of the Galaxy), and Youtube's Liza Koshy show new home-buyers why it's always better to have things be certain and confirmed.

Brand new babies, meet the world! Huggies shows off some of the newest members on the planet in this ad for their diapers.

In what many called the night's biggest tearjerker, Toyota shows that there is "hope and strength in all of us" by exploring the life story of 13-time Paralympic swimmer Jessica Long.

"This might be the year that you finally get in shape." E*Trade hilariously explains how that if nothing else, you can get in decent financial shape this year.

Taxes are weird, and that's why TurboTax experts explain some of the weirdest tax rules around the United States in this 45-second ad.

Say "Hello, Goodbye" to your new and old items by selling them on this used-marketplace app.

A  sweatshirt with "Seinfeld" star Jason Alexander's face desperately needs a wash in this Tide commercial, with a special appearance by Alexander, himself!

What does it mean to be a man? According to Dr. Squatch, it may be letting your daughter braid your hair!

Buying a car in-person is torture according to Vroom. The car-buying website shows why it's smarter to just buy online in their Super Bowl ad.

What happens when Jimmy Johns dethrones "Sandwich King" Brad Garrett (Everybody Loves Raymond)? You'll have to check out the Super Bowl ad below.

Don't let bad internet connection create a disconnect between you and your friends. Maroon Five's Adam Levine, Blake Shelton, and Gwen Stefani star in this funny ad about misunderstandings.

Patrick Stewart, Young Sheldon, Dora the Explorer, and RuPaul star in this ad for Paramount Plus.

What happens when a bad internet connection ruins your dream of asking a "Lord of the Rings" actor a question about the films?

Without a doubt the shortest and most memorable ad of the night, Reddit shocked Super Bowl viewers by airing a 4-second ad that absolutely no one caught.

Samuel L. Jackson assembles gamers in this Super Bowl ad reminding people to make sure they have the best internet connection they can when gaming.

"Party on." Cardi B, TikTok, and "Wayne's World" come together in this hilariously silly ad from Uber Eats.

Pick a side. Anthony Anderson is fighting with his family members in this Super Bowl ad for T-Mobile.

Are you happy because you win, or do you win because you're happy. Payton Manning, Serena Williams, and other athletes answer that question in Michelob Ultra's Super Bowl commercial.

Is "pretty sure" good enough? Tracy Morgan explores whether or not that is good enough when it comes to home buying. Like above, certain is better!

Keep yourself and the surfaces in your home safe from germs, cold, and sickness in this Super Bowl ad.

Fiverr makes light of the Four Seasons Total Landscaping incident during the 2020 election with their one-minute ad.

Mila Kunis is eating Ashton Kutcher's Cheetos in this ad that is a musical parody of the song "It Wasn't Me." And the song's original singer, Shaggy, makes an appearance too!

Working hard in America still means something. WeatherTech shows off some of its hardest workers in this 30-second ad.

"Working 5 to 9, you’ve got passion and a vision Cuz it’s hustlin’ time, whole new way to make a livin’ Gonna change your life, do something that gives it meaning With a website that is worthy of your dreaming." Dolly Parton remixes her classic "9 to 5" in this ad promoting productivity from SquareSpace.

Timothee Chalamet (Call Me By Your Name) is the son of the iconic character Edward Scissorhands in this ad for a hands-free vehicle. Plus, a surprise guest appearance from Winona Ryder!

Serena Williams, Meghan Fox, Lucy Liu, Usher, Christopher Walken and more star in this Super Bowl ad... or do they? Michelob Ultra plays tricks on viewers minds in this ad for their organic seltzer.

Maya Rudolph belts out "These Boots Were Made For Walking" in this ad about buying big items by making four small payments with the Klarna app.

Get back to nature and the outdoors with Bass Pro Shops' scenic Super Bowl ad. Warning, you may just want to go outside after watching this one.

Michael B. Jordan stars as a steamy "Alexa" in this ad which has already brought in more than 70 million views on Youtube. You have to see it to believe it.

"Believe you will" is the message of this ad, which pushes viewers to get uncomfortable and dream big.