The Buccaneers coach hit more than one milestone in Super Bowl LV. 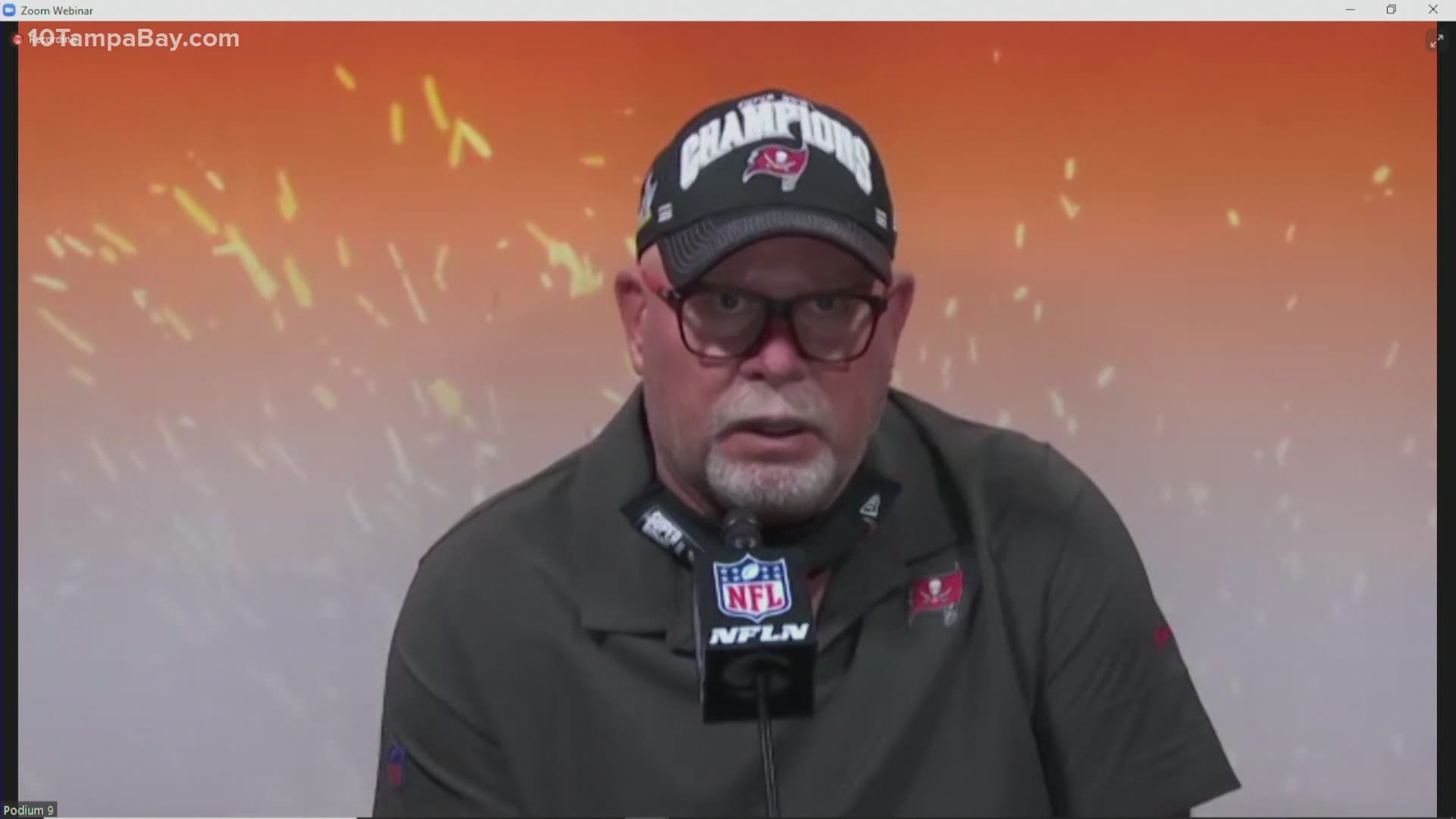 TAMPA, Fla — A moment 25 seasons, and a brief retirement stint, in the making became a reality for Buccaneer's head coach Bruce Arians on Super Bowl Sunday.

Arians joined those who earned more than the Vince Lombardi Trophy on Feb. 7 as he secured his first Super Bowl victory as a head coach.

Previously, the 68-year-old had made trips to the big game under other coaching positions and nabbed two Super Bowl rings during his time with the Pittsburgh Steelers.

He also edged out Patriots coach Bill Belichick to become the oldest head coach to win a Super Bowl. The Patriots head coach took the top spot after his team's victory in Super Bowl LIII. At the time, he was 66 years old.

Heading into Sunday's game, the two-time NFL Coach of the Year believed a home-field advantage would play in the Bucs' favor. Turns out, he was right.

“I think the big advantage is we stay in our own beds, sleep here and just do our normal routine. Nothing is out of the ordinary until we hit the media sessions next week," Arians said at the time. "Just to be able to stay in your routine, sleep in your bed and all that stuff – I think it’s a huge advantage.”

During his big moment, Arians made sure to share with fans that he isn't going anywhere, anytime soon.

"I ain't going anywhere. I'm coming back to get two. This football team -- I love these guys," he said in a post-game interview.

Will the Bucs be able to pull off another record-breaking season next year? We'll just have to find out.

Don't forget about Bruce Arians! Tonight marks his first #SuperBowl title as a head coach + makes him the oldest coach to win the big game. https://t.co/VyVz2Kszsc