Stacy was arrested this week in Florida. 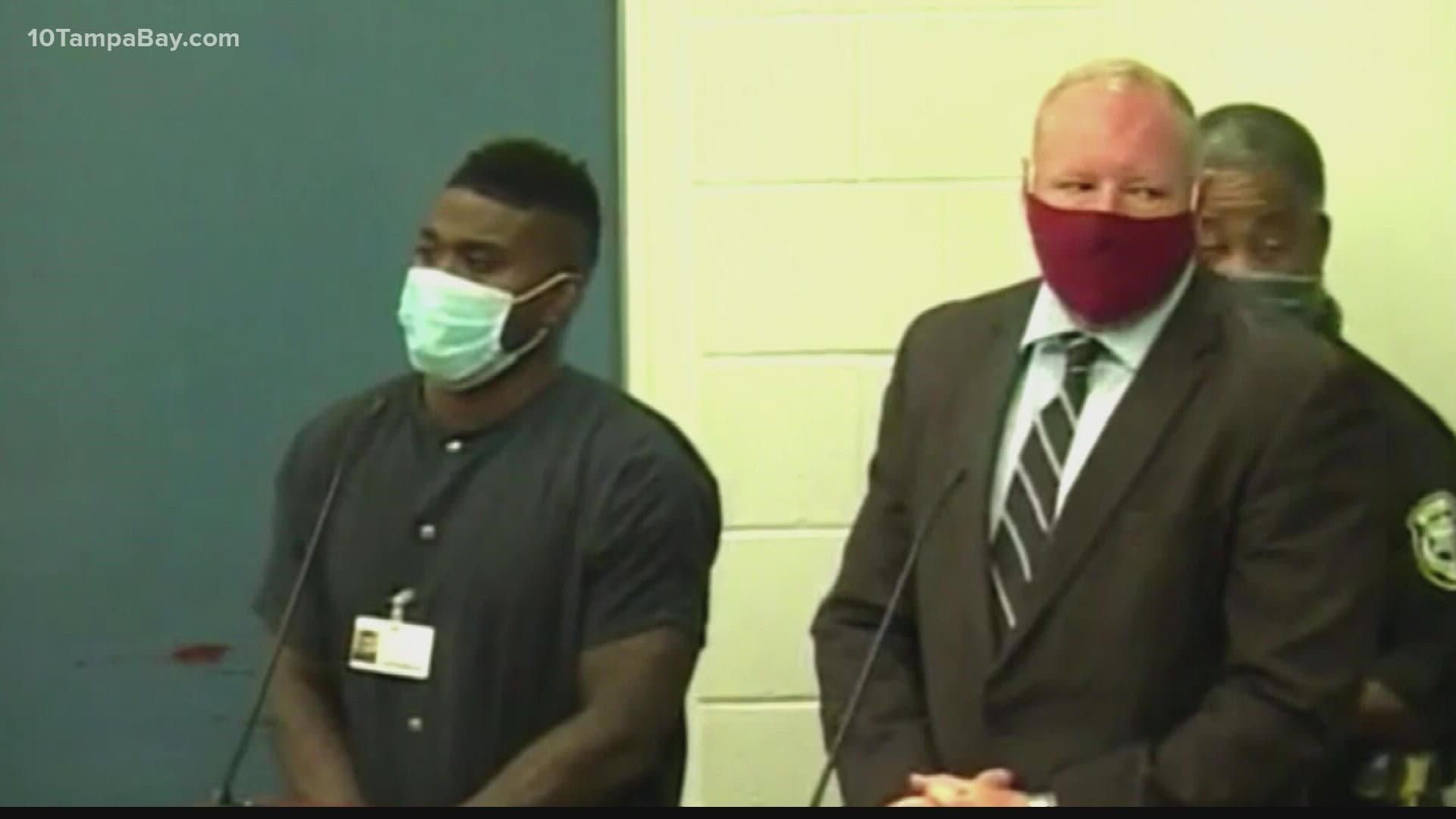 OAKLAND, Fla. — Editor's Note: 10 Tampa Bay does not typically identify survivors in stories that reference video or allegations of domestic abuse. In this case, we are doing so because Ms. Evans has publicly identified herself through a spokesperson.

Citing the outpouring of support she's received since TMZ published video appearing to show her being attacked by Zac Stacy, the former NFL player's ex-girlfriend is speaking publicly.

Kristin Evans, through a publicist, said Stacy brutally assaulted her inside her Florida home – doing so in front of their 5-month-old son while her 12-year-old daughter was in a nearby bedroom.

Stacy was arrested Thursday night in Orlando. Police say they met his flight from Nashville after it landed at the airport. The agency indicated he made the trip with the intention of surrendering to law enforcement on a warrant for this case.

Authorities say Stacy is charged with aggravated assault and criminal mischief for the attack, which happened around 2:30 p.m. on Nov. 13 in Orange County, Florida. As of Friday morning, Stacy was being held in the county jail.

In the video TMZ published, Stacy appears to hit Evans as she begs him to stop. An affidavit described Stacy picking Evans up like a "rag doll" and throwing her against a 65-inch television, which tumbled down on top of her before he walked out the front door.

On Tuesday, a judge signed a protective order for her.

The ordeal, a spokesperson for Evans said, prompted her to release the footage to TMZ.

In a statement the representative emailed to 10 Tampa Bay, Evans thanked the public for supporting her and her children.

"Our safety is the number one concern right now," Evans wrote. "After a terrifying experience, I am grateful that Zac Stacy is currently in police custody. At present, I have filed a restraining order and plan on filing a civil complaint."

Evans said she was asking the NFL and Commissioner Roger Goodell to "confront the reality that players are experiencing PTSD" after playing professional football in the league.

"In particular, as linked to repeated concussions, brain injury, and other bodily trauma, as it causes symptomatic changes to the players' character, including increased irritability, angry outbursts, and aggressive behavior," she explained.

If convicted in the case, Stacy could face more than 15 years in prison.

Stacy, an ex-running back, briefly played for the Jets and Rams.

Green Bay Packers wide receiver Davante Adams, in a tweet, wrote that Stacy should be "thrown under the jail."

I’m not retweeting the video but ZAC STACY NEED TO BE THROWN UNDER THE JAIL. Any man that puts his hands on a woman is a coward. Can’t believe what I just saw.

According to law enforcement records, there were at least two prior incidents Evans' home. Police say they were dispatched for an argument on Aug. 16 and again on Sept. 26 for a report of possible domestic violence. According to an affidavit, charges were forwarded to the state attorney's office for the September situation.

In a follow-up article published by TMZ, Evans provided photos of injuries she told the publication Stacy gave her while he raged during an argument about rent money. She alleged she was thrown into a window and had to remove glass from her feet.

If you or someone you know is experiencing domestic violence, support is out there. Reach out to the Domestic Violence Hotline at 1-800-799-SAFE (7233).