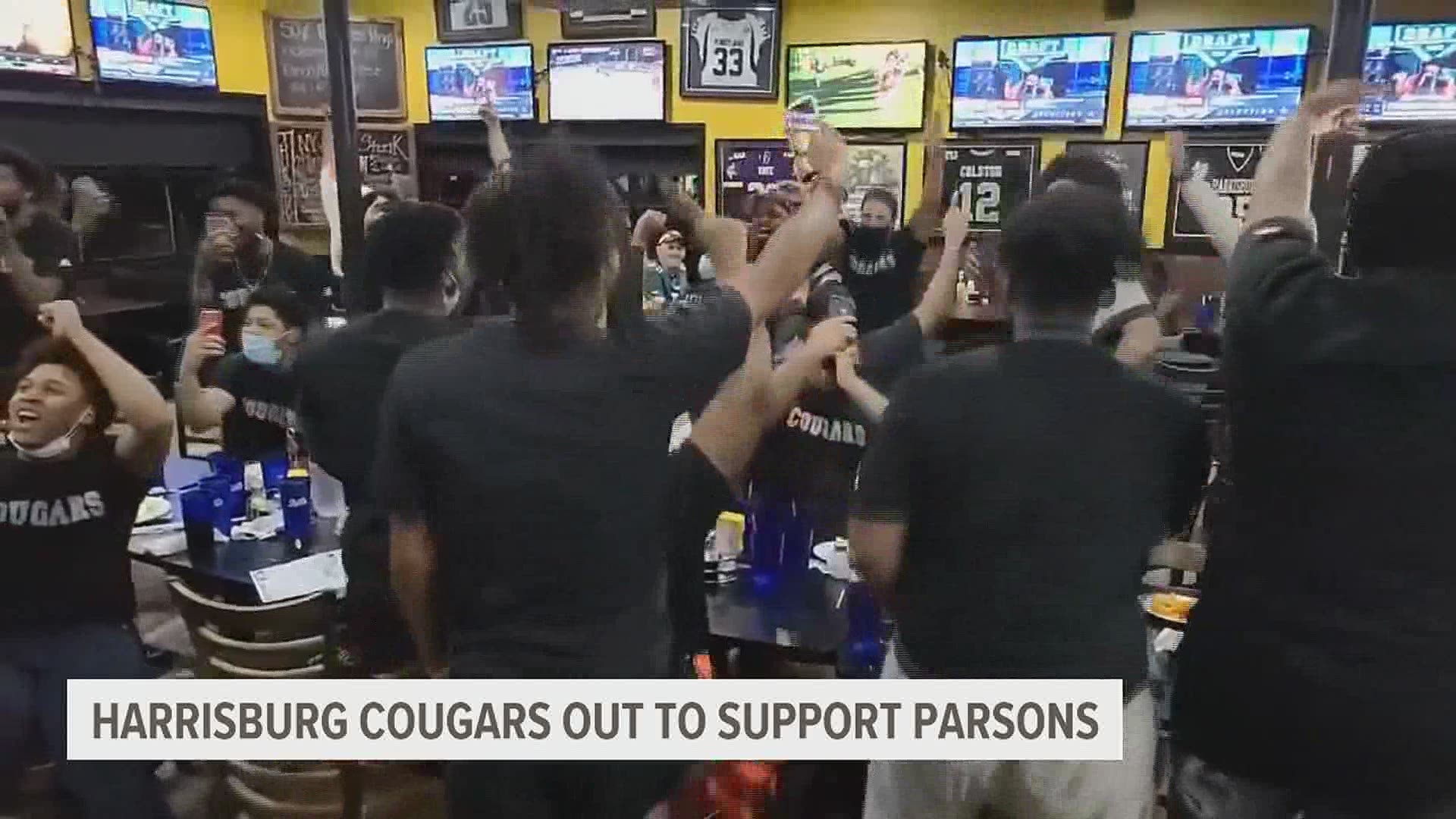 Just eight words to send a room for Harrisburg Cougars into a frenzy.

With the 12th pick of the 2021 NFL Draft Micah parsons is off to Big D. A place he is very familiar with.

Is how the former Cougar introduced himself at the 2019 Cotton Bowl.

Jerry Jones must have liked what he saw up close, from the Cotton Bowl MVP.  The current crop Cougars like what they see now

"It is unreal right now honestly it is a great feeling honestly," said Harrisburg head coach Calvin Everett . "To be able to watch him get drafted to the Cowboys he has all the support, the whole city is behind him it's great that he is in the NFC east."

"I think it is great, I think it will be a great team. Defense is going to be crazy,"  said an assertive Jekai King Williams.

He and Harrisburg teammate Amer Grandberry both called the pick to Dallas before the night started.

"That is a good pick they, need Micah he is going to snap."

As the picks ticked by the excitement would build and then a little boos when it wasn't Micah.  Finally like straight out of 'St1ck C1ty" it hit.

Parsons always said he wanted to leave a legacy, tonight he added a chapter according to junior Tyshawn Black.

"He showed me that leadership, that dog mentality now I know how to lead my team and be a successful team and be the best teammate I can be."

Parsons goes from Harrisburg to Happy Valley to Dallas. An inspiration to the next generation of Cougars. Asked if he could give Micah a message, Black said, "You (Parsons) gave Harrisburg hope, you gave most of these kids hope and that is the best thing."