70 pieces of equipment were delivered to the Henry B. Gonzales Convention Center after social media called out the disparity between the men's and women's facilities 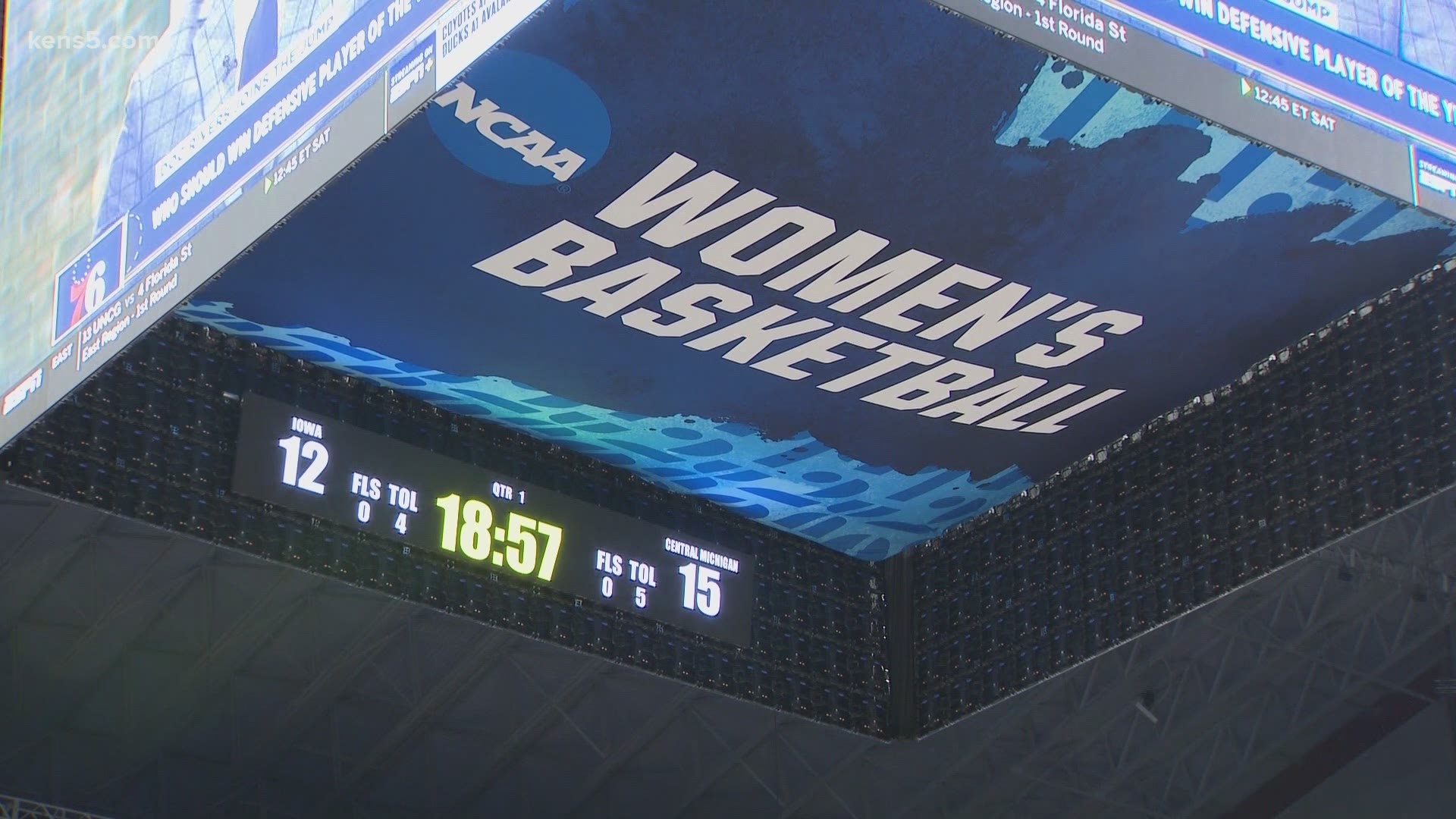 SAN ANTONIO — Last week, social media videos and posts brought attention to a problem at the NCAA Women's Basketball Tournament. Those posts caught the attention of one organization, which wanted to right the wrong.

"Once this TikTok video came out, this story came out about the women's teams having inadequate supply of exercise equipment," said Stephanie Chavira, spokesperson for the YMCA of Greater San Antonio. "The YMCA was reached out to by San Antonio Sports, and they said, 'Help. What can you do?'"

A plan was set in motion to get the women's teams exercise equipment. Initially, the YMCA was only asked for exercise bikes for practice courts. That ask then changed to a request to provide all they could, as soon as possible.

"It was getting all of our executive directors on the phone that Friday," Chavira said. "Well, actually -- Thursday afternoon and Friday morning, and saying 'Okay, what do we all have that we can take? A few pieces from here and a few pieces from there.'"

70 pieces of equipment were delivered to the Henry B. Gonzales Convention Center; the athletes were not disappointed and once again took to social media to show off their new equipment.

Social media is powerful. Thank you for all of y’all’s support pic.twitter.com/YR5ZNwywv6

While the YMCA is part of the local organizing committee, they say the committee was unaware of the equipment inadequacies until the social media posts went viral.

"Our goal is to work to ensure that everyone in every community has equal opportunity to reach their full potential," Chavira said. "And so that's why it was so important for us to fill this gap in this need."