Twitter users quickly noticed the difference between the women's basketball weight room and photos of the men's room that were posted online. 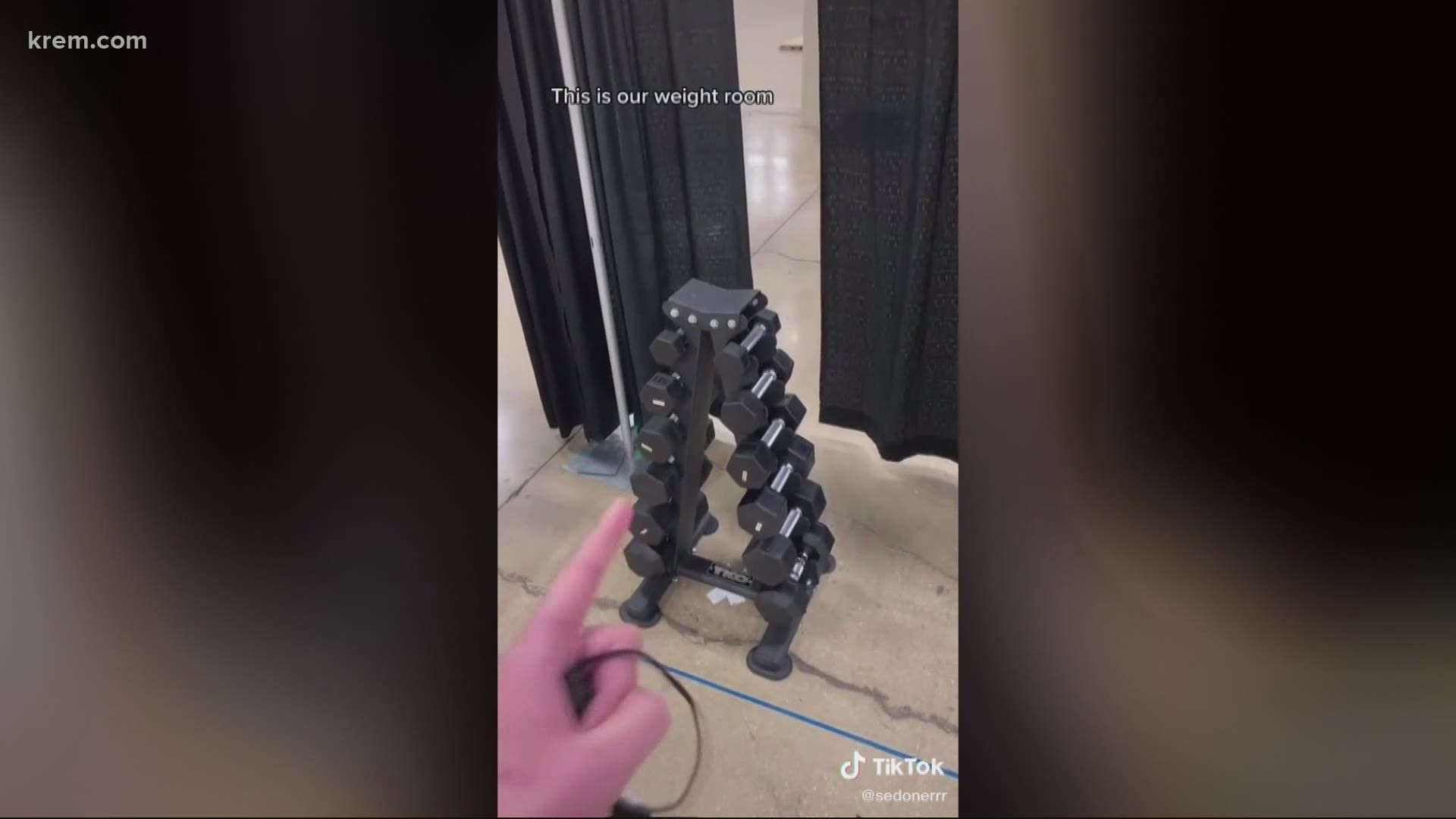 SAN ANTONIO — A TikTok from University of Oregon redshirt-sophomore forward Sedona Prince now has nearly seven million views. In the viral video, she shows the weight room for the female players in the 2021 NCAA women's basketball tournament.

She points out that there isn't much to it. There is a small rack of free weights and some workout mats. This quickly caught the attention of people online.

Twitter users quickly noticed the difference between this weight room and photos of the men's weight room posted online. In the TikTok, Prince talks about players and coaches that spoke to the NCAA organizers about the weight room.

A Stanford performance coach put the photos of the weight rooms next to each other. Her caption on Instagram reads, "Not usually one for this type of post but this deserves attention." This is what the side-by-side comparison looks like next to each other.

@ncaawbb @ncaa this needs to be addressed. These women want and deserve to be given the same opportunities.

In a year defined by a fight for equality this is a chance to have a conversation and get better. pic.twitter.com/jFQVv1PlUt

The NCAA vice president of women’s basketball released a statement about the weight rooms. It reads:

"We acknowledge that some of the amenities teams would typically have access to have not been available inside the controlled environment. In part, this is due to the limited space and the original plan was to expand the workout are once additional space was available later in the tournament. However, we want to be responsive to the needs of our participating teams, and we are actively working to enhance existing resources at practice courts, including weight training equipment."

Many also brought up the question: Is this legal under Title IX?

No person in the United States shall, on the basis of sex, be excluded from participation in, be denied the benefits of, or be subjected to discrimination under any education program or activity receiving Federal financial assistance.

However, the NCAA is not one of the federally funded institutions. Colleges and universities pay dues for a membership to the NCAA. Those dues are then used to pay for things like championship tournaments.

In past, there was a supreme court case to decide whether or not the NCAA was, in fact, subject to the same rules as the federally funded colleges and universities.

In the 1999 U.S. Supreme Court unanimous decision, the late Justice Ruth Bader Ginsberg wrote the decision that the NCAA was not subject to Title IX because it only received funds from the institutions, not the federal government itself.

Senior reporter for The Athletic, Chantel Jennings, confirmed that more equipment would be provided for teams once they got to the Sweet 16.

After seeing the discrepancy, tweets popped up online about the difference in the swag bags players are given in the tournament. Male players are given multiple pieces of swag with "The Big Dance" and "March Madness" written all over the products. While swag for the women's tournament only said "NCAA women's basketball."

From what I have been shown it appears the swag bags that the Men receive from the @NCAA are much more substantial than the Women as well. @ncaawbb @marchmadness. C'mon NCAA do better. Be better! pic.twitter.com/tDRjI9e5UJ

Multiple former NCAA women's basketball players responded to the photos. Here is what they had to say:

Women’s @NCAA bubble weight room vs Men’s weight room... thought this was a joke. WTF is this?!?
To all the women playing in the @marchmadness tournament, keep grinding! pic.twitter.com/K04KTv6s46

We want some answers @NCAA who thought this was acceptable???? https://t.co/mOBXQb6OBT